The Hinduja reign continues, as the billionaire family tops the Asian Rich List for three consecutive years! Find out who else made top 10 in the 2015 list!

“At their level, it is not about making money. It is about ambition and hunger to be the best and the brightest.“

With an astounding wealth of £15.5 billion, the Hinduja brothers have scored a hat-trick in the third annual Asian Rich List.

By adding an extra £2 billion to their personal wealth since 2014, they have managed to keep their crown for three consecutive years.

Jointly run by four brothers, the presence of the Hinduja Group spans five continents and 37 countries. Based in London, the group also operates from 12 offices in India alone.

Srichand Hinduja, the eldest brother, is the head of the Hinduja Family and the Group’s Chairman. Working closely with him is Gopichand, Co-Chairman and the second eldest brother.

Together with Prakash and Ashok, they have summoned incredible success across various industries, including banking, automotive, energy, IT and media. 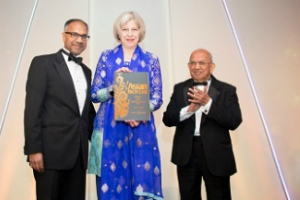 Srichand and Gopichand, who are also named the UK’s richest men, are planning to grow the family empire by tapping into defence manufacturing in India.

Gopichand revealed: “We are expanding in a big way. We have more talent and with this good talent we can be competitive anywhere and be even better than China.”

Second on the list is Lakshmi Mittal, whose net wealth has dropped by almost £3 billion over the past year. This is no doubt a direct result of falling share price and latest quarter loss of his steel manufacturing giant, ArcelorMittal.

Sri Prakash Lohi has climbed up one notch to number three on the Asian Rich List 2015. The ‘Maharajah of Mayfair’ was the highest new entry in the 2014 edition. Since then, the plastics tycoon has amassed a further £1 billion.

Other notable entrepreneurs on the list include Surinder Arora, whose five-star Inter-Continental London The O2 Hotel will open later in 2015. 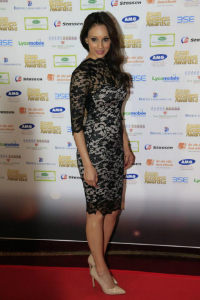 Sharing the honour is Jasminder Singh, whose Edwardian Group has been named Asian Business of the Year at the event. He will also oversee the opening of a £250 million hotel in Leicester Square in 2019.

The full list was revealed at the Asian Business Awards in London on March 27, 2015.

TV and radio presenter Seema Pathan, actor Bhasker Patel and singer/model Bambi Bains were among many stars at the gala evening.

As always, the rich list showcases the astonishing financial prowess of 101 Asian entrepreneurs in the UK. Collectively, they represent £54.5 billion in wealth.

Despite an overall increase of £3 billion since 2014, things could have been better than for these billionaires and millionaires. Hit by low interest rates and sluggish economic growth, 12 of them have fallen victim to decreased valuations.

On a more positive note, more than half of the 101 businessmen have seen healthy growth rate and 30 others have managed to sustain their wealth.

Shailesh Solanki, the executive editor of the Asian Media & Marketing Group which publishes the Asian Rich List, praised the ‘remarkable resilience’ of these Asian business moguls.

He said: “The achievement of these entrepreneurs is breathtaking – many started with very little and have created multi-million-pound companies, providing employment and wealth for thousands of others in Britain.

“At their level, it is not about making money – they already have enough – it is about ambition and hunger to be the best and the brightest. It is a virtuous circle and one that, as a community, we should take great pride in.”

Here are the top 10 Asian entrepreneurs in the Asian Rich List 2015:

Financial gain is undeniably a measure of their success. But like Shailesh said, it is not all about the money.

What lies beneath is the perseverance, work ethics and strives for excellence of these brilliant individuals.

As leaders in their own profession and prominent Asian figures in British society, there is much for young British Asians to learn from them.