"I’ve cleaned toilets in Portland and my first acting job on TV was playing a terrorist."

The British Asian actor has been part of the main casts in the popular US sitcom, The Big Bang Theory, since 2007.

He has done Desis proud, as the only non-white actor to make the cut on the annual list published by Forbes.

Having banked US$20 million (£13 million) in the past year, ‘Raj’ shares the number three spot with Simon Helberg, aka ‘Howard Wolowitz’.

He also ties Ashton Kutcher – who topped the 2014’s list with US$26 million (£17 million) in earnings, but has taken a minior hit since Two and a Half Men ended its run in February 2015. 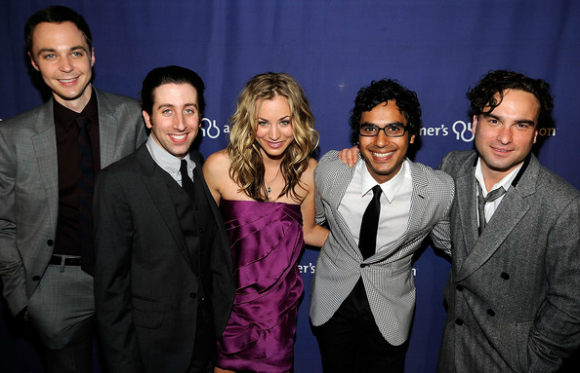 Riding on his success on the small screen, he made his film debut in Ice Age: Continental Drift (2012) as the voice of Gupta.

The London-born actor then followed up by starring in the Salman Khan-produced rom-com, Dr. Cabbie (2014).

More recently, he stepped into theatre and performed in an off-Broadway play The Spoils, written by The Social Network actor Jesse Eisenberg.

Kunal is also promoting his upcoming book titled ‘Yes, My Accent Is Real: And Some Other Things I Haven’t Told You’, expected to hit shelves on September 15, 2015. 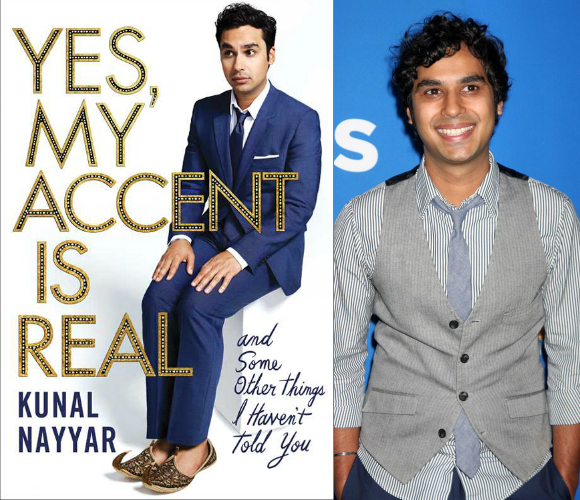 Fans can expect hilarious stories from his younger days and the lowdowns on his wedding to former Miss India, Neha Kapur.

He says: “I was born in London and brought up in New Delhi, India. I’ve cleaned toilets in Portland, been held up for 76 cents in Philadelphia, and my first acting job on TV was playing a terrorist.

“Also my father thinks he’s James Bond and I once played a Star Wars board game for 36 straight hours.

“Then I married Miss India. So, why not write a book? It’s the logical next step. Obviously.”

Other stars from The Big Bang Theory have also snagged the top spots in Forbes’ 2015 list. Jim Parsons is crowned the highest paid TV actor, followed by co-star Johnny Galecki.

The rest of the list is dominated by sitcom actors, mainly from ABC’s Emmy award-winning Modern Family.

Kevin Spacey is among a handful of drama actors who have managed to hold their places since 2014.

According to Forbes, the actors are ranked by their ‘earnings before subtracting management fees and taxes’.

Here is the full list of Forbes’ The World’s Highest-Paid TV Actors of 2015:

We cannot wait to find out who will make the world’s highest-paid TV actresses of 2015!