Dr Rashida Sharif, the interim head teacher of Nansen Primary School in Birmingham, has been fired for poor management of the school’s finance and students.

Dr Rashida Sharif, the interim head teacher at Nansen Primary School in Birmingham, has been dismissed for mismanaging the school’s finance and student conduct.

Adrian Packer, Nansen’s executive principal, confirmed Dr Sharif’s post had been terminated in a letter addressed to the students’ families on March 24, 2015.

His letter read: “Having made reasonable progress in the previous monitoring inspection in November, we are of course disappointed that progress has stalled.

“There are clearly many issues for us to address in order to put the school back on track towards the removal of special measures.”

It continued: “You will note from the report that many of the concerns relate to the leadership of the school at the time of the visit in February [2015].

This put an end to Dr Sharif’s two-month stint at Nansen, which was placed in special measure upon revelation of its involvement in the Trojan Horse plot. It is an operation by hard-line Muslims extremists to take over some Birmingham schools. 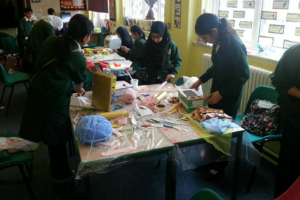 Dr Sharif’s departure was clearly sparked by an Ofsted report that exposed a string of bad practices.

For starters, instead of dedicating resources to support the students’ learning, Dr Sharif spent almost £7,000 on ‘refurbishing the head teacher’s room and a meeting room’.

A monitoring inspection that was carried out in November 2014 already reported that the students would ‘scribble, reverse numbers and letters, and produce untidy, careless work’.

They were allegedly asked by the teachers to ‘draw a picture rather than complete the written part of the planned activity’.

Yet, as the head teacher, Dr Sharif decided it was better to install premium upgrades in the teachers’ facilities than improve the learning standards at the school.

Conduct among students was equally appalling. The Ofsted report stated: “Pupils, especially older boys, were observed hitting, punching and thumping each other in the playground.”

But their peers were not their only targets. Teachers told inspectors that students as young as eight years old would hit them without being punished. Their complaints were completely ignored by the senior management at the school.

Racist behaviour was found to be rampant at Nansen. The Ofsted report highlighted:

However, some students would rather not report them to the teachers ‘because staff do not act on their concerns’.

In conclusion of their shocking findings, the Ofsted report said: “The trustees and the executive principal have not kept a close enough check on the work of the interim head teacher. Consequently, some decisions made have not been in the best interest of the pupils.” 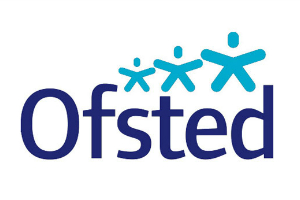 The primary school in Saltley, Birmingham, has been monitored closely under ‘special measures’ alongside four other schools in the area.

Nansen has also been investigated since the Trojan Horse scandal broke in March 2014.

The future of Nansen is now in the hands of principal Packer, who has enlisted the help of Tony Lacey of Arden Primary School and Azita Zohhadi of Nelson Mandela School.

Packer said: “Since the latest monitoring inspection to which this report relates, we have focused heavily on improving pupil behaviour and monitoring the quality of teaching.

“I have also been running staff surgeries and can report a more positive picture and improving staff morale at this time.”

Nansen Primary School will continue to search for a suitable candidate to run the school as the permanent principal.

Dr Sharif has not commented on her dismissal from the school.

Scarlett is an avid writer and pianist. Originally from Hong Kong, egg tart is her cure for homesickness. She loves music and film, enjoys travelling and watching sports. Her motto is “Take a leap, chase your dream, eat more cream.”
Corrupt policeman Osman Iqbal has appeal denied
The Asian Rich List 2015