The Official Charts Company has removed the famous ‘One Pound Fish’ song from The Official Asian Download Chart on BBC Asian Network.

With the song being officially removed, it instantly made the way for a new number one.

The One Pound Fish track sung by Shahid Nazir has been removed from the Official Asian Download Chart. The thirty-one year old’s song which rocketed up to the number one position around six weeks ago and held its place, is now no longer part of the chart.

The novelty song had held onto the number one spot in the Official Asian Download Chart for over six weeks and was expected to continue its reign in the chart. However, BBC Asian Network’s Suzi Mann, who presents the weekly chart show on the station, surprisingly announced on air that the ‘Official Charts Company’ had removed the track completely from the official chart. 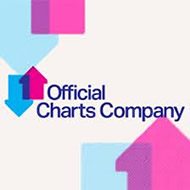 “We have the official rules from the Official Charts Company who is responsible for compiling the world’s only official download chart.”

With most wondering if the One Pound Fish song would dominate the chart again, it was no longer going to be the case. With the song being officially removed, it instantly made the way for a new number one.

At the final countdown point, BBC Asian Network announced that ‘Lat Lag Gayee’ from the Bollywood film Race 2 [2013] was the new official number one in the Official Asian Download Chart for the week of 2nd February 2013.

For all those fans of the One Pound Fish song, it does come as a sad news that their favourite track is no longer part of the Official Asian Download Chart. For others it was probably a sigh of relief that with the song no longer being part of the chart it will make room for non-novelty songs to make it to number one. 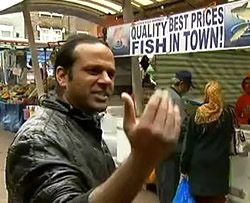 Approximately nine months ago, Muhammad Shahid Nazir had left his home in Pattoki, Pakistan to study business in the UK. He found employment in East London and started singing his popular lines, as a sales ploy to entice women to his stall where he was selling a £1 fish. It was at this stall that he created the famous ‘One Pound Fish’ lyrics.

His lyrics and tune attracted many visitors to his stall who filmed him singing and had photos taken with him. This developed instant recognition for Nazir as the ‘One Pound Fish Man’ at the market. Unprecedented fame for him followed which was unexpected.

After one of his customers posted his catchy song on YouTube, it attracted over five million hits. This led to interest from the Warner Music Group who signed him up, to catapult the track for commercial success. 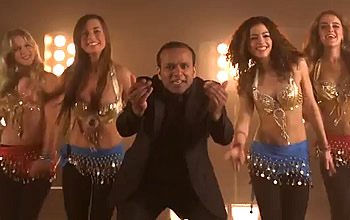 After the release of the official video of the One Pound Fish song, Nazir became an overnight celebrity at Queens Market in London. For Nazir selling fish was not just about the song, it was also about the intuition he created, using hand gestures to invite potential customers.

However, a few weeks after his single was released, Nazir was in trouble for an illegal visa which had expired. Subsequently, this led to him being deported back to Pakistan on 25th December 2012. 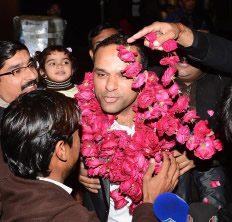 Nazir who received a hero’s welcome in Pakistan dismissed claims of deportation and said he had planned to visit his family some time ago. Upon his return to Pakistan he told the local media that the primary reason for his return was to apply for a French Visa. It has to be said his legal standing remains unclear, with conflicting reports published in the press and media.

Even though Nazir has not yet returned to the UK, he is planning to release his viral song throughout Europe and USA. Speaking about the overwhelming support Nazir has received worldwide, his spokesman issued this statement:

“The response has been great in France, Germany, Turkey and a few other places. Details of a [US] release are yet to be finalised but look likely to happen.”

There is no doubt that Shahid Nazir, otherwise known as the One Pound Fish man has a strong fan base. His music video on YouTube has now attracted over eighteen million people. Besides releasing the song internationally he also has plans to release a version in Punjabi. For the time being the One Pound Fish fever continually grows.

Time will tell if he achieves further success or if he was just a one hit wonder.

Faisal has creative experience in the fusion of media and communication and research which increase awareness of global issues in post-conflict, emerging and democratic societies. His life motto is: "persevere, for success is near..."
Sonia Sabri celebrating Ten Years of Kathak
Talvin Singh the Musical Innovator