Organised by Inventive Sports, the second annual Asian Cricket Awards were launched at Lord’s, the Home of Cricket on 01 May 2015. Dignitaries and high profile ambassadors along with DESIblitz attended this fabulous launch event.

"We really want to highlight the fantastic work that British Asians are doing in cricket.”

The second annual Asian Cricket Awards organised by Inventive Sports in association with the England and Wales Cricket Board (ECB) were launched at Lord’s Media Centre on 01 May 2015.

After the success of the inaugural event in 2014, when England international Moeen Ali picked up the Player of the Year trophy, it was announced at the launch that Lord’s Cricket Ground will host the Asian Cricket Awards on Tuesday 13 October 2015. 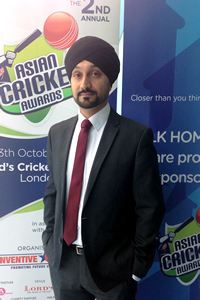 In an exclusive conversation with DESIblitz.com, Baljit Rihal, Co-founder of the Asian Cricket Awards and CEO of Inventive Sports said:

“Today we are here for the launch. What we plan for the Asian Cricket Awards is obviously to improve on last year. We would like to engage more with the community and invite more high profile individuals from the world of cricket.

We want to involve the counties even more. We really want to highlight the fantastic work that British Asians are doing in cricket.”

Co-founder, Jas Jassal giving an overview of the Awards said:

“You can expect more nominations, raised profiles of unsung heroes, achievements will be recognised and we will be capturing as many stories as we can.

There are some great role models out there from the men’s game and within Asian Women in Cricket. So we are quite delighted that we are seeing this follow through from last year’s awards.”

The Awards will celebrate the cricketing achievements of British Asian players, coaches and administrators. Recognition will be given to all areas of the sport, from outstanding international performances, to champions of the amateur game, the young stars of the future, media and background staff. 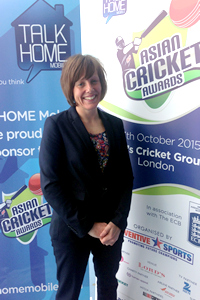 Recognising the contributions made by British Asians at all levels and aiming to be more visible, the ECB have pledged their continued support to the Asian Cricket Awards.

On the occasion of the launch, Jane Hannah, ECB national volunteer and participation manager exclusively spoke to DESIblitz.com about the Awards and cricket saying:

“It’s a fantastic event for us to be associated with as a partner. It’s about us joining in the celebrations of what people are doing. As a brand the ECB is trying to break down any perceptions that might be out there around who we are working with.”

A brand new award named the Diversity Project Award is also being sponsored by the ECB for 2015. County Cricket clubs, which engage with their local British Asian community will be considered under this category.

Sajid Javid who took time out of his busy election schedule passionately spoke about the Asian Cricket Awards. He exclusively told DESIblitz.com:

“The good thing is over the last 20-30 years, especially when I was a lad growing up in Lancashire, someone who loved cricket, its come a long way in terms of British Asian involvement both at the national and county level. Its good to celebrate that.” 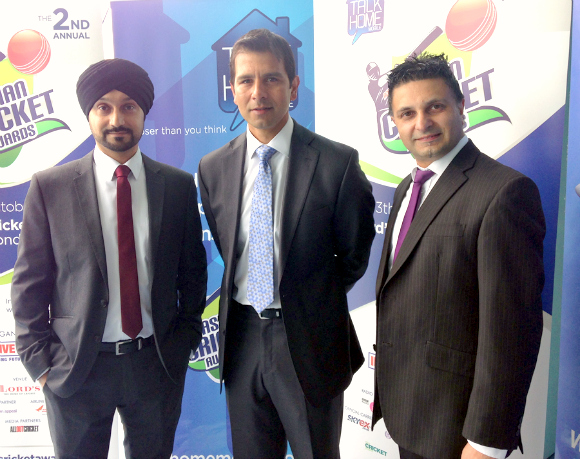 One of the prominent guest speakers at the launch was Wasim Khan MBE. Whilst highlighting the importance of the awards, he described the sport as a game changer. He said: “Cricket is a great catalyst, a great vehicle for years to come.”

The 2015 Asian Cricket Awards will comprise of six high profile Ambassadors that include:

Delighted about his role as an ambassador, Vikram Solanki exclusively told DESIblitz.com:

“I am looking forward to being part of the event. Recognition is a wonderful way to encourage future participation and encourage people to strife for further successes. These Awards do exactly that.”

For the 2015 Asian Cricket Awards, there will be eleven categories under which one can nominate. These are as follows:

All those wishing to make nominations are invited to do so online (www.asiancricketawards.co.uk), beginning Monday 01 June 2015. All nominations will end on Monday 17 August 2015. 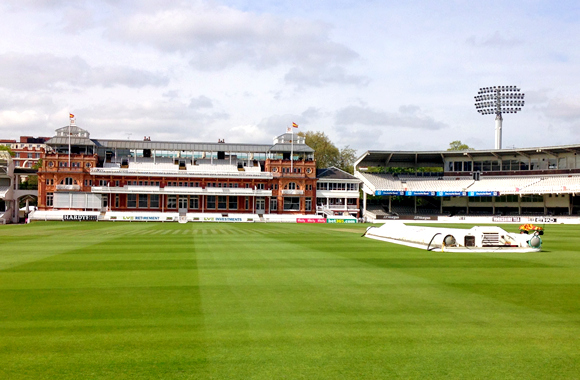 The Asian Cricket Awards have announced charity partnership with Human Appeal. During the launch, Human Appeal presented a video, delivering a key message of their work.

Sport stars and luminaries will be out in full force for the Asian Cricket Awards ceremony taking place at Lord’s on 13 October 2015. Upcoming homegrown Asian talent and role models in cricket will once again be highlighted and honoured at these prestigious awards.

Sid is a passionate about Sports, Music and TV. He eats, lives and breathes football. He loves spending time with his family which include 3 boys. His motto is "Follow your heart and live the dream."
Floyd Mayweather outboxes Manny Pacquiao
Wasim Khan ~ The Influential Cricket Administrator