The shortlist for the third consecutive Asian Media Awards were announced at ITV Studios in London on September 28, 2015. Find out who the Finalists for 2015 are here.

"I believe we have to create our own luck."

Prominent personalities in the industry gathered to find out the finalists for this year’s Asian Media Awards.

Now in its third year, the Asian Media Awards has firmly established itself as one of the leading award ceremonies that recognises the talent of creative professionals from all sectors of entertainment and media, including investigative journalism, marketing, radio, TV and online.

As well as announcing the 2015 shortlist, distinguished speakers (who make up this year’s judging panel) took to the podium to talk about their own experiences in the ever-changing media world.

One of the highlights of the evening was a delightful talk given by sports journalist and broadcaster, Mihir Bose.

Best known for his weekly ‘Big Sports Interview’ column for the London Evening Standard, Bose recalled his journey into media at the time where it was largely dominated by White British, to become the BBC’s first Sports Editor.

Roohi Hasan, Senior Producer at ITN focused on a recurring topic of the evening; essentially the opportunities, or lack of them, for British Asians in mainstream media.

Determination, passion and ambition were all key traits that Roohi spoke about, and she mentioned how she had never been pigeonholed by her background. 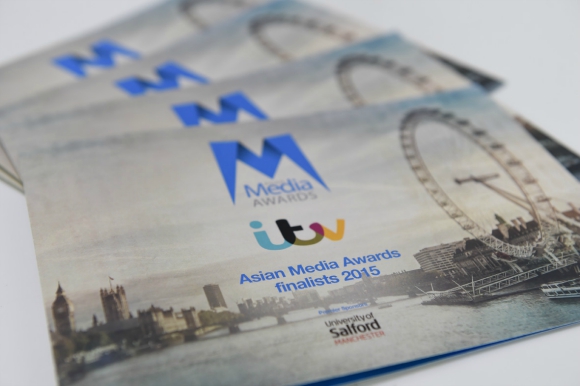 Instead she found that her ethnicity offered her insights that were sought after by her colleagues at ITN.

Her advice to young journalism enthusiasts was to be vocal and know what you want: “I believe we have to create our own luck,” she said.

Writer and Broadcaster Sarfraz Manzoor also spoke about opportunities for Asians. While he admitted that there were more role models in media for young Asians to look up to than from his day, Asians from working-class backgrounds still struggled to break through class and cultural barriers.

One of the reasons he pursued writing was simply because: “Voices like mine seem totally absent from public life.”

For Manzoor, opportunities for those who had not been born into privilege was still limited. In many cases, mainstream media is regularly guilty of stereotyping, and don’t look beyond religion and ethnicity, as skin colour is more visible than social background.

But Sarfraz believes that this can change as opportunities for more ethnic journalists increases, and not only for those born into privilege, but for those from working classes as well:

“I am paid to be curious. And to think is a great privilege. Use your words wisely, and never to forget the broken voices of ones who lost.” 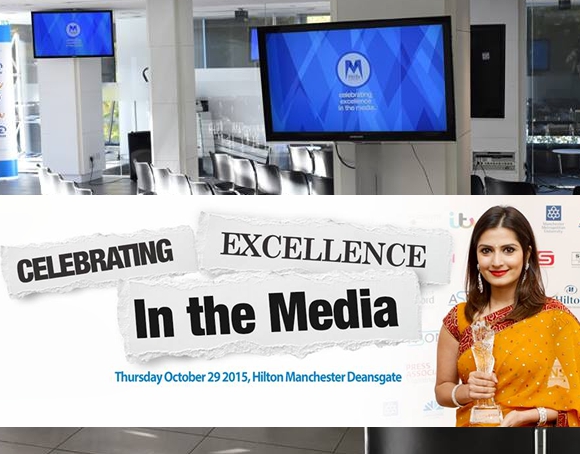 For 2015, official charity partner for the Asian Media Awards is Plan UK. Director of Public Engagement, Mike Thiedke spent a few moments talking about how the charity has transformed the lives of children all over the world.

Gender discrimination is still rife in many parts of the world, and females are discriminated against, especially in Asian cultures where education is disregarded, and child marriage and rape is high.

One of the charity’s campaigns, ‘Because I Am a Girl’ seeks to support girls who face violence in and around schools.

With so many inspiring speeches from established media personalities throughout the evening, the nominations for this year show the exceptional progress that British Asians have made in this competitive industry.

As well as some familiar faces, the finalists welcome a diverse array of new faces. In the ‘Outstanding Young Journalist’ category we see the likes of Siraj Datoo, Political Reporter for Buzzfeed, and Science Journalist, Dalmeet Singh Chawla.

The expansion of British Asians in mainstream media is also highlighted in the TV category where we see popular reality show, Desi Rascals nominated for ‘Best TV Show’.

“Once again being shortlisted for the Asian Media Awards this year represents the hard work and dedication of our team from the staunch editorial to the creative video production.

“As a website, for us, content matters most, because it is the one driver that encourages creativity and originality from our team.”

“But great content is no use without a great audience.

“With our visitors increases tremendously every year, we ensure quality and then quantity to them by delivering our content across all devices including mobile, tablet and desktop.

“We are thrilled to be part of this recognition by the prestigious Asian Media Awards and wish every one nominated all the best for the finals in October.”

Here is the full list of nominees for the Asian Media Awards 2015:

Best Stage Production
Behind the Beautiful Forevers
Bend it Like Beckham: The Musical
East is East
Happy Birthday Sunita (Rifco Arts)
The Infidel

Celebrating excellence in the media, the 2015 Asian Media Awards will announce its winners at the Hilton Manchester Deansgate on Thursday 29 October, 2015.

Aisha an English literature graduate, is a keen editorial writer. She adores reading, theatre, and anything arts related. She is a creative soul and is always reinventing herself. Her motto is: “Life is too short, so eat dessert first!”
Nadiya and Tamal in Great British Bake Off semis
Dee Patel wins Pride of Britain Award 2015