The shortlist for the fourth annual Asian Media Awards was announced at ITV Studios in London on September 19, 2016. Find out who the finalists are here.

The Asian Media Awards (AMA) return for a fourth consecutive to celebrate the growing strengths of British Asian media, journalism and entertainment.

Held at ITV’s London Studios on Monday 19th September, 2016, the finalists of the Asian Media Awards were officially announced an array of special guests and speakers.

Taking to the podium was Professor Allan Walker, Dean of the School of Arts and Media at the University of Salford who are premier sponsors of AMA 2016.

Also speaking about the British Asian presence in media and journalism was Santosh Bhanot of the Asian Circle (official charity partner for 2016 with Oxfam), Sanjay Shabi of MediaCom, comedian Tez Ilyas and MP Dr Rosena Allin-Khan.

The awards see finalists in several categories of media. Including Journalism, Online, Print, Radio and Television, PR and Marketing and Live Events.

Also in keeping with previous years are the Special Awards which are presented to exemplary individuals on the night. These include ‘Media Personality of the Year’, ‘The Sophiya Haque Services to British Television & Film Award’, and ‘Outstanding Contribution to Media Award’.

As expected of the tight-knit British Asian media community, finalists for 2016 feature many familiar faces. But the new additions to the shortlist are indicative of the great strides that Asian media is making in becoming a more integral facet of daily British life and lifestyle. 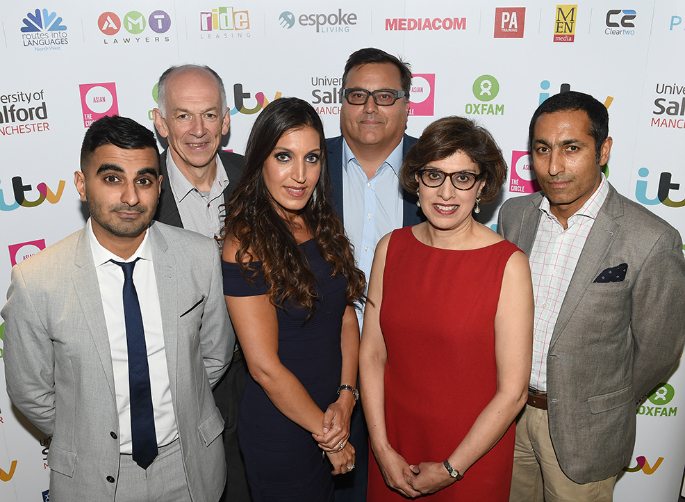 Some of these new talents appear in the ‘Outstanding Young Journalist’ category, and include Kaamil Ahmed, Naina Bhardwaj, Raveena Ghattaura, Sana Sarwar, and
Jasmine Takhar.

Nominees for ‘TV Report of the Year’ include BBC Newsnight’s ‘The Asian Women stopped from becoming councillors’, BBC Asian Network’s ‘Bigorexia’, ‘Climate in Crisis’ from ITV News, ‘Mixed Faith Marriage Protests’ from ITV Central, and ‘Transplants and Trafficking’ from BBC West and BBC One.

Some of the nominees for ‘Best Investigation’ include ‘Forced Marriage Cops’, directed by Anna Hall for Channel 4; ‘Still Smiling: The women fighting back after Acid Attacks’ reported by Naomi Grimley for BBC News; and ‘The Forgotten Girls of Dhaka’, reported by Farhana Haider for BBC World Service.

DESIblitz is also proud to announce that following wins in both 2013 and 2015, we are again shortlisted for the ‘Best Website’ award.

Managing Director, Indi Deol says: “It’s an honour to be nominated for ‘Best Website’ Asian Media Award again for 2016. We are totally thrilled that the hard work of the team is once again being fully recognised and appreciated.

“In 2015, we commenced the new design of DESIblitz.com which was all done in-house by us and then we went on to develop and launch the new-look site with user-centric features to give our audience the best visitor experience possible in March 2016.

“This coupled with our editorially conscious content allows us to present a very powerful digital platform for our ever-growing visitors, who reap the rewards of original features and compelling lifestyle news, gossip and gupshup, across all devices.”

“We sincerely wish all the finalists the very best for the finals in October and we are extremely excited to be part of this very important annual event for the Asian media fraternity.”

Other category nominees include The Asian Today, Asian Express, Asian Wealth Magazine, Eastern Eye and Pukaar Magazine, all in contention for ‘Print Publication of the Year’. 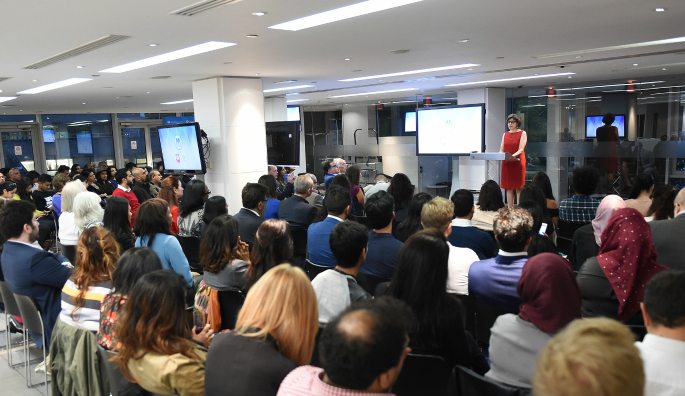 Hotly contested for a fourth consecutive year are the Radio finalists which include BBC Asian Network, Sunrise Radio and Lyca Radio 1458.

Here is the complete shortlist for the Asian Media Awards 2016:

Best Video Channel
Winner will be announced at the Hilton Manchester Deansgate on Thursday 29 October.

AMA Best Newcomer
Winner to be announced at the AMA ceremony on 27 October.

It is without a doubt that the fourth year of the Asian Media Awards will be just as successful as the last.

The awards ceremony, where winners will be announced, will take place on Thursday 27th October 2016 at the Hilton Manchester Deansgate.

Good luck to all the finalists!