The Asian Media Awards has returned for a second year, celebrating the world of British Asian media in all its incredible diversity. With the complete shortlist for 2014 announced at the ITV London Studios, DESIblitz has all the news on the nominations.

“It was an enormous achievement to take away the trophy last year, and we hope we can do it again this year."

Now in its second year, the Asian Media Awards has established itself as both a credible and pioneering event. It is the first of its kind to actively recognise the world of media within the British Asian community.

With so many Asian faces beginning to make a mark not only in their cultural localities, but also the mainstream sphere, the voice of the British Asian is as strong and as unified as ever.

The lively evening was opened by Media Manager, Umbreen Ali. Umbreen commented of the remarkable number of applications that were entered for 2014, clearly showing how much the Asian media industry has boomed over the last decade. 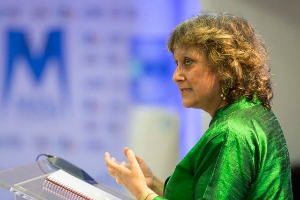 Umbreen invited to the podium a number of notable guests to speak over the course of the evening.

Of them included renowned author and journalist for The Independent, Yasmin Alibhai-Brown; Keith Vaz MP; Dr Alice Correia from the University of Salford; and Asif Zubairy who is the Commissioning Editor for ITV Entertainment:

“It’s an achievement in itself to be nominated for an award tonight and I congratulate all nominees from online, print, internet bloggers, PR experts as well as old school media like radio and TV whether you win or not,” Asif said.

“In focusing on doing the best job possible, it’s easy to get consumed by the ideas, the look and sound of what you’re working on and the effect it has on the public.

With so many great publications, journalists and personalities across the board of British Asian media being nominated, DESIblitz is proud to announce that we have also been shortlisted as a finalist for the ‘Best Website’ category.

DESIblitz won the prestigious ‘Best Website’ award in 2013, which recognises the move of Asian media into the digital age, and for 2014 we are nominated alongside Simplybhangra, Biz Asia, and UK Asian.

Speaking about the honour of being shortlisted for a second year running, Managing Director, Indi Deol says: 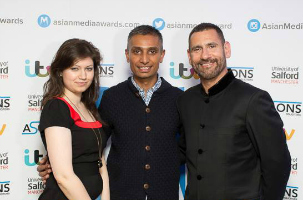 “It was an enormous achievement to take away the trophy last year, and we hope we can do it again this year.

“DESIblitz continues to go from strength to strength in providing the most interesting and current lifestyle news and features for our British and global Asian audience. Good luck to all the nominees!”

Other nominees include the likes of BBC Asian Network and Sunrise London who will be competing for the ‘Radio Station of the Year’ award. Media Moguls are up for ‘Media Agency of the Year’, while Asian Today, Asian World and Asian Wealth magazine have all been nominated for ‘Publication of the Year’.

The London Indian Film Festival, founded by Cary Rajinder Sawhney, also sees its first nomination for ‘Best Live Event’, while Nitin Ganatra, Jimi Mistry and Sunetra Sarker are all up for the ‘Best TV Character’ award.

Here is the full Shortlist for the 2014 Asian Media Awards:

In what promises to be an entertaining evening celebrating the best of Asian media from around the UK, the Asian Media Awards 2014 will take place at the Hilton Deansgate Manchester on October 28th, 2014. Good luck to all those nominated!