Gurminder Singh has been sentenced to life in jail after murdering his Facebook lover with a craft knife, as her husband heard the attack over the phone.

"You were obsessed with her and you decided that, if you could not have her, no-one else would."

A man has been sentenced to life in jail after murdering his Facebook lover, whilst her husband heard the attack over the phone.

Gurminder Singh killed Amandeep Kaur Hothi with a craft knife before attempting to kill himself.

Amandeep, 29, was a married mother with two children and worked in Smethwick as a travel agent.

She was killed by Mr Singh on March 5th 2014 in a room at the Britannia Hotel in Wolverhampton.

The court heard how her husband Pal Singh heard the attack as she rang him whilst being brutally murdered.

Gurminder had met Amandeep on Facebook, and lashed out when she dumped him. He had been unaware that she was married, and had been seeing her for over a year. 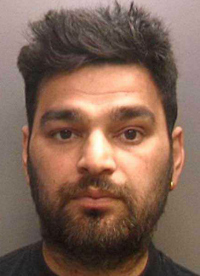 Upon sentencing Gurminder, Judge John Warner said that Gurminder was “obsessed” with the deceased woman, who had been leading a double life.

Judge John said: “It was a very intense relationship. You invested a great deal of emotion into what was happening and had her name tattooed on your arm.

“This was not an attack in the heat of the moment. It was a quite deliberate, sustained attack involving extreme violence.

“You were obsessed with her and, in your perception, the relationship had become all-consuming. You decided that, if you could not have her, no-one else would,” Judge John added.

Gurminder had denied murdering Mrs Hothi on grounds that he was not in control of his actions.

He told the jury: “I really loved her like I have loved no other woman. She said she loved me and me alone. I was besotted by her. It was enough for me to die without her.”

The defence had said that Gurminder had “understandably been deceived by the truth” about his lover’s real identity.

Despite this, the jury were unanimous in their verdict to convict him after retiring for five and a half hours.

Upon hearing the news of his sentence, Gurminder showed no reaction and said to the judge: “Thank you very much.”

Amandeep’s husband said in the victim impact statement that he could not erase the sounds of his wife’s attack from his mind. He also explained the heartbreak he faced telling his children that their mother would never be coming back. 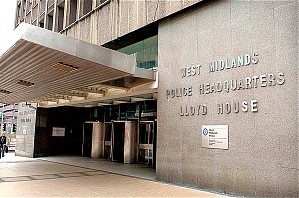 Pal said: “This person has taken away the happiness of the whole family.”

After sentencing he released another statement adding: “Our family has been left devastated and traumatised. We are heartbroken by the loss of Amandeep.

“The family is rallying together to look after Amandeep’s two young sons and we now want to be left alone to grieve and to come to terms with all that has happened.”

“They have to continue to carry picking up the pieces of their lives which changed forever on that fateful day in March.

“We are still unsure how Amandeep met Singh or how long they had been seeing each other. Amandeep had always appeared to be happily married and she doted on her young boys.

“We hope the sentence brings some comfort and closure for the family and our thoughts are with them at this time.”

Gurminder will serve a minimum of 24 years in prison.

Rachael is a Classical Civilisation graduate who loves to write, travel and enjoy the arts. She aspires to experience as many different cultures as she can. Her motto is: “Worry is a misuse of imagination.”
The Asian Media Awards 2014 Finalists
DVLA Tax Disc now renewed Online