An Indian father-in-law, Balwinder Singh has been arrested for the murder of his son-in-law, Chirajdeep, who met his daughter on Facebook.

A story of a murder in Punjab has emerged where a 25-year-old son-in-law, named Chirajdeep, was killed by his father-in-law.

Chirajdeep’s head was found detached from his body by police in a rural jungle area near his village Nara in the district of Hoshiarpur.

Police told media that the man who committed his murder was no other than his own father-in-law, a man named Balwinder Singh.

After which, the couple decided between themselves to a love marriage, which was against the wishes of families.

After the wedding, Chirajdeep and Prabdeep decided to move to the village Bajwara in Hoshiarpur to commence their married life.

However, Balwinder Singh could not accept really accept Chirajdeep as a son-in-law and was not happy about the union with his daughter.

Balwinder always seemed to have an issue with Chirajdeep and they frequently argued and disagreed on matters.

It was after a heated argument that Balwinder murdered his son-in-law, which he says was in self-defence. 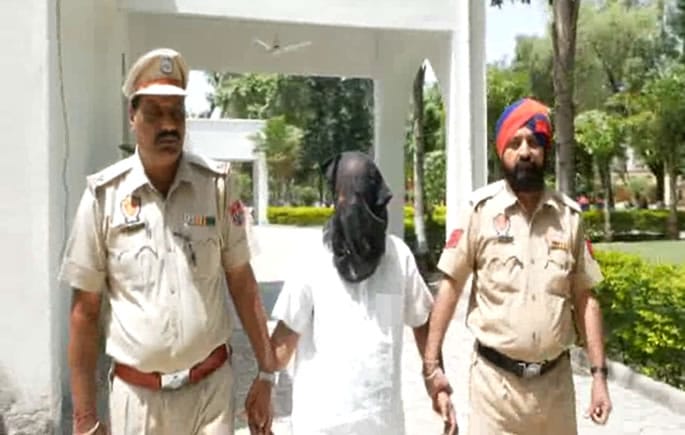 According to police, Balwinder killed Chirajdeep quickly with a very sharp weapon, which he used to behead him. He then took his murdered body and dumped it in the derelict jungle area near Nara.

When it was reported that Chirajdeep was missing, police commenced a search for him.

After a wide search and investigation, officers managed to track him. Using GPS they traced his mobile phone, which then took police to his location.

Further investigation into the case then evolved towards Balwinder Singh being the prime suspect for the murder of his son-in-law.

Balwinder Singh was subsequently arrested by police and brought into custody.

During interrogation by police, Balwinder admitted to the murder but said that his son-in-law, Chirajdeep, was pressurising him for a new car and wanted him to buy it for him.

This was the reason for the big argument on the day of the murder and that his son-in-law was the one who wanted to kill him, so to protect himself, Balwinder killed his son-in-law.

Police have remanded Balwinder Singh in custody while they continue further investigations into the murder of his son-in-law.

Amit enjoys creative challenges and uses writing as a tool for revelation. He has major interest in news, current affairs, trends and cinema. He likes the quote: "Nothing in fine print is ever good news."
Indian Man jailed for killing Wife with Hammer over Dowry
Maryam Gill jailed for Santander Bank Fraud at Call Centre