DVLA launched paperless tax discs on October 1, 2014. Users experienced crashes as thousands flocked to renew tax through the online service, while reports indicate that 40 per cent of motorists are unaware of tax disc changes.

“The benefits of a paper tax disc have become redundant over time."

Paper based tax licenses had been in effect since 1921, but now Sci-Fi propositions of old are becoming a reality, and the tax discs are no longer required as proof of vehicle tax.

Instead, authorities will use scanners to analyse a vehicle’s legal status. A statement from the DVLA said: 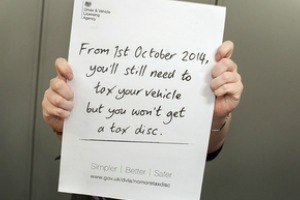 The Government change, effective right now, is said to be to address redundancy of the old system:

“The benefits of a paper tax disc have become redundant over time and abolition will provide administrative cost savings to the taxpayer and business, and removal of an administrative inconvenience to motorists.”

The changes mean that tax is no longer transferable when buying a new vehicle. Anybody selling their car is required to inform the DVLA, or face a £1000 fine.

Any tax remaining on the sold car, calculated by full calendar months, is then refunded to the seller.

The DVLA have employed a number of measures to ensure motorists are aware of the changes, including info-graphics and a video uploaded to YouTube.

However, a recent poll of 1000 motorists indicated that 40 per cent were not even aware of the changes. 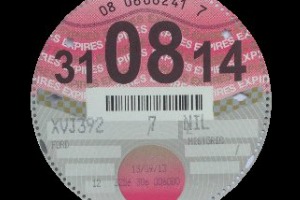 While the Government change means that tax discs no longer have to be displayed in car windows, motorists are still required to tax their vehicles, where 6,000 applications were made a minute.

On October 1, 2014, the day of the new DVLA rules, unaware motorists flocked to the DVLA website to amend their details leading to reported crashes.

The DVLA’s Twitter account have since indicated that the service is now up and running: “For those asking, we can confirm our online vehicle tax service is available, please go to: http://bit.ly/1i9RpmS.”

The DVLA’s official Twitter account issued a number of statements, both apologising to frustrated motorists, and updating them on services that were currently working.

One such tweet read: “Apologies if you’re having difficulties using our online car tax service. Huge demand has led to slower responses but please keep trying.”

A number of dissatisfied Twitter users responded to the DVLA’s tweet, with one user of the popular social networking site asking: “Can I use this tweet as proof I have tried to tax my vehicle when I get pulled by the po po tomorrow?” 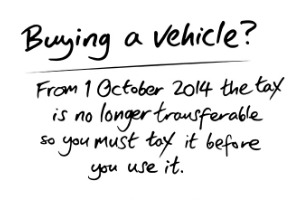 Another picked up on an apparent lack of preparation on the vehicle authorities part: “Huge demand is hilarious, they know how many cars need taxing each month. Poor show. Gonna be a media circus.”

“The system has not crashed – it’s just slow at the moment. We are advising people to keep trying.”

A number of motorists have also expressed fears that they could suffer being wrongly fined if the technology were to malfunction, but officials have refuted these claims.

However, a presentation witnessed by The Telegraph, revealed the scanners used to analyse number plates make a mistake on four of every 100 reads. That equates to around 1.2 million motorists that could potentially wrongly receive a fine.

The report stated numbers being mistaken for letters, badly positioned bolts, broken or damaged plates and dirt as being a cause for the errors.

With the DVLA keen to implement a modern scheme in managing car tax, it may be a few months before we see the full effect of the tax disc change, and whether motorists will be able to successfully adapt to the new rules.

Zak is an English Language and Journalism graduate with a passion for writing. He is an avid gamer, football fan and music critic. His life motto is “Out of many, one people.”
Gurminder Singh kills Facebook Lover with knife
Kuntal Patel cleared of Breaking Bad poisoning