Why is Rishi Sunak’s Wife caught up in a Tax Row?

The revelation of Rishi Sunak’s wife’s tax status has caused controversy, but why and how has it affected the Chancellor.

“To smear my wife to get at me is awful."

The wife of Rishi Sunak has been caught up in a tax row.

It was revealed that Akshata Murthy pays £30,000 a year for non-domicile (non-dom) status in order to save on her tax bill.

Non-dom is a legal, and optional decision.

A person who is registered as a non-dom does not have to pay UK tax on income and capital gains earned overseas. But they still have to pay tax on money earned within the UK.

A spokesperson for Ms Murthy said:

“Akshata Murthy is a citizen of India, the country of her birth and parent’s home.

“India does not allow its citizens to hold the citizenship of another country simultaneously.

“So, according to British law, Ms Murthy is treated as non-domiciled for UK tax purposes. She has always and will continue to pay UK taxes on all her UK income.”

Although Ms Murthy has not broken the law, questions have been raised over morals.

This is down to the fact that she is a multi-millionaire. Meanwhile, the cost of living in the UK has surged.

While it is not known exactly how much Ms Murthy saved, there is the possibility that she has avoided up to £20 million in UK tax.

These revelations come amid growing pressure on Rishi Sunak and his alleged “conflicts of interest”.

Why is Akshata Murthy so Wealthy? 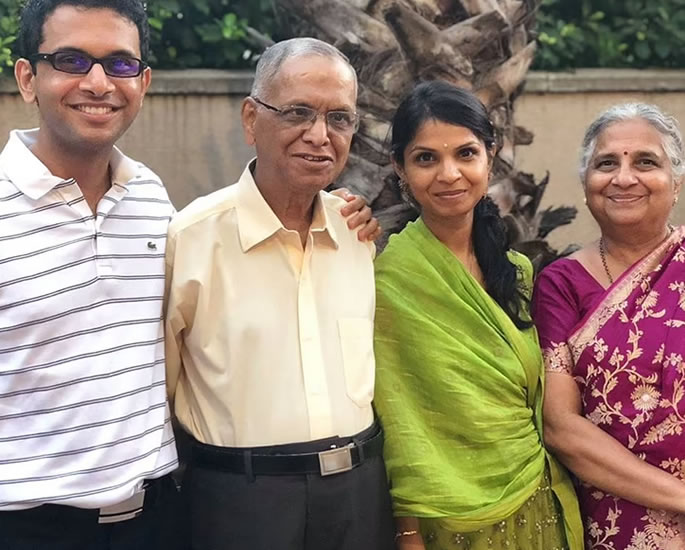 Akshata Murthy married Rishi Sunak in 2009 after they met at Stanford University.

She lives at 11 Downing Street with Mr Sunak and their two daughters, Krishna and Anoushka, but is still an Indian citizen.

Ms Murthy is the daughter of NR Narayana Murthy, the founder of IT company Infosys. As a result, he has a net worth of £3.45 billion.

Ms Murthy owns her own business but also has a 0.91% stake in Infosys.

It is this share that makes up most of her wealth. She is worth around £500 million, making her richer than the Queen.

She and Mr Sunak have four homes, including a £7 million property in Kensington, one on London’s Old Brompton Road, a £1.5 million mansion in his North Yorkshire constituency, and a Santa Monica penthouse in California with an estimated value of £5.5 million.

What has Rishi Sunak said about the Tax Row? 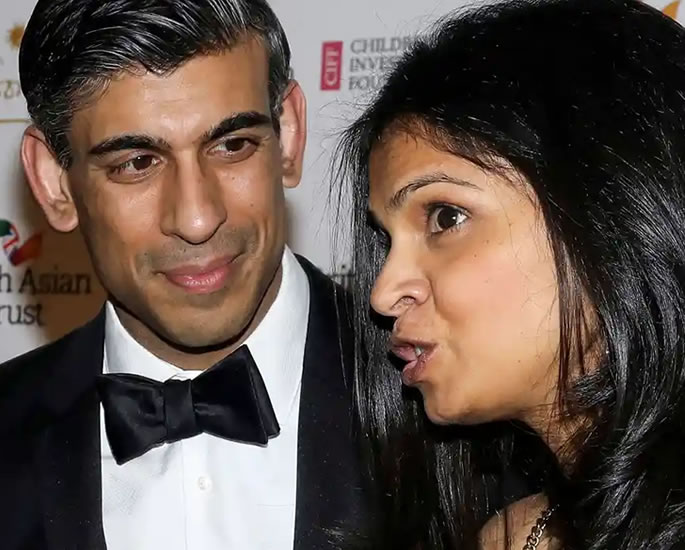 The controversy surrounding Akshata Murthy first came to light when it was revealed that Infosys continued to operate in Russia after the country’s invasion of Ukraine.

Rishi Sunak was grilled over his wife’s links to the company.

He now faces further questions over his spouse’s tax status.

In an interview with The Sun, Mr Sunak defended his wife’s tax status.

He said: “Every single penny that she earns in the UK she pays UK taxes on, of course she does.

“And every penny that she earns internationally, for example in India, she would pay the full taxes on that.

“That is how the system works for people like her who are international who have moved here.

“To smear my wife to get at me is awful.

Mr Sunak claimed the Labour Party was unfairly smearing his wife, but a Labour source said:

“The chancellor would do better to look a little closer to home.”

“It’s clear that No 10 are the ones briefing against Rishi Sunak and after his failure to tackle the cost of living crisis you can understand why.”

Number 10 rejected the reports that its staff are leaking damaging material about the chancellor to the media, calling the allegations “categorically untrue” and “baseless”. 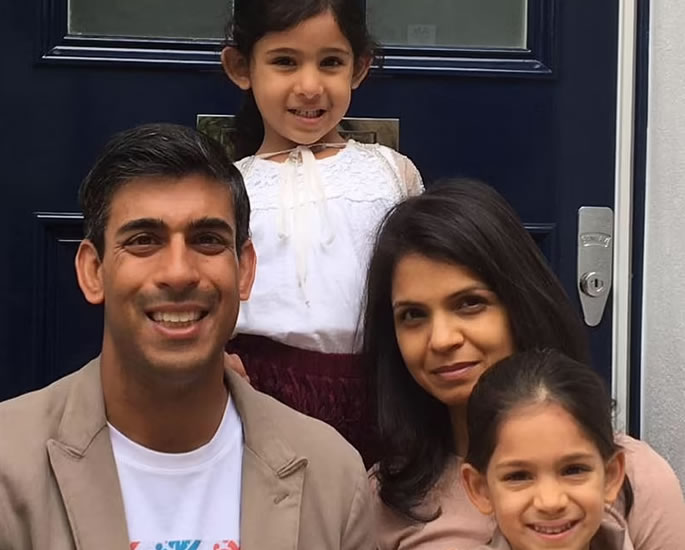 In addition to the tax row, it was also revealed that Rishi Sunak and his wife had US green cards and were declared “permanent US residents” for tax purposes.

They held green cards whilst living in the United States and continued to keep the status when they moved to the UK before Mr Sunak was elected as MP for Richmond (Yorkshire) in 2015.

Sky News reported that he continued to hold a green card for at least a year of his chancellorship, which began in 2020.

A source close to the couple said “they do not currently have green cards”, but would not say exactly when they gave up the status which requires holders to “make the US your permanent home”.

This raises further questions for Mr Sunak because one day, his wife intends to return to live in India.

Holders of green cards are required to pay US tax on their worldwide income and also to make a legal commitment to “make the US your permanent home”.

They are required to file annual US tax returns, and are “responsible for reporting your income and paying taxes on any foreign earned income”.

Rishi Sunak has now admitted to holding a green card while Chancellor but he immediately returned it.

“Rishi Sunak had a green card when he lived and worked in the US.”

“Under US law, you are not presumed to be a US resident just by dint of holding a green card.

“Furthermore, from a US immigration perspective, it is presumed that permanent resident status is automatically abandoned after prolonged absences from the US.

“At the same time, one is required to file US tax returns.

“Rishi Sunak followed all guidance and continued to file US tax returns, but specifically as a non-resident, in full compliance with the law.

“As required under US law and as advised, he continued to use his green card for travel purposes.

“Upon his first trip to the US in a Government capacity as Chancellor, he discussed the appropriate course of action with the US authorities.

“At that point, it was considered best to return his green card, which he did immediately.

“All laws and rules have been followed and full taxes have been paid where required in the duration he held his green card.” 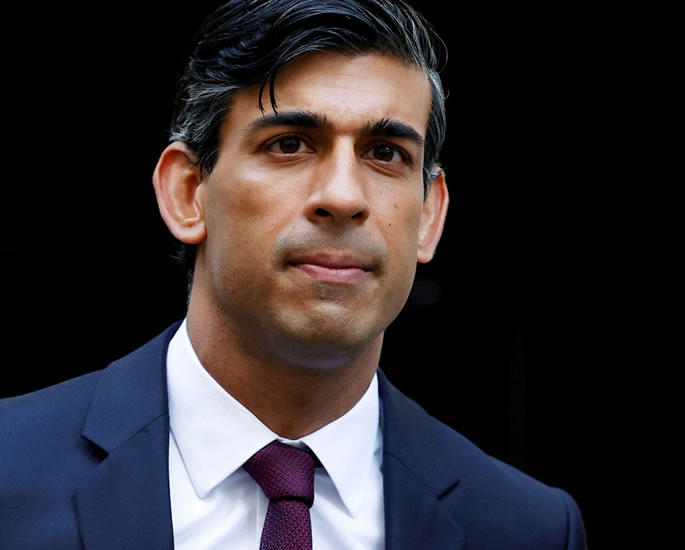 Amid the current controversy, Rishi Sunak’s popularity with voters plunged.

There were indications that Mr Sunak intended to run for Prime Minister and was popular among voters in the wake of Boris Johnson’s ‘Partygate’ scandal.

However, his popularity has decreased amid the continuing debate over the government’s reaction to surging living costs.

The tax burden on UK citizens was raised to its highest level since the 1940s, leaving many workers worried about how to make ends meet.

Mr Sunak made the announcement in his Spring Statement in March 2022.

Facing accusations that he has not thought about lower-earning households and their potential financial struggle, Mr Sunak’s net favourability plummeted 24 points, taking him to minus 29.

A YouGov poll found that 57% of Britons have an unfavourable opinion of the Chancellor, compared with 28% who view him in a positive light.

The poll put Mr Sunak’s support below that of Sir Keir Starmer (minus 25) for the first time since the Labour leader took office.

Meanwhile, Boris Johnson’s net favourability among Britons was minus 34.

The tax row involving his wife on top of the cost of living crisis means Rishi Sunak is in his most difficult period as Chancellor.

Some even believe that his chances of higher office are now dead.

It could be about to get worse as more information comes to light.

Dhiren is a journalism graduate with a passion for gaming, watching films and sports. He also enjoys cooking from time to time. His motto is to “Live life one day at a time.”
Garage Worker jailed for Murder of Teacher Sabina Nessa
Drug Dealer used £300k of Dodgy Cash to fund Lavish Lifestyle