The Government has also been criticised for lack of transparency

She is the director and shareholder of gym business Digme Fitness, which has eight studios across London and Oxford.

Murty has a 4.5% stake in Digme Fitness Limited, and the business appeared on the list of nearly 750,000 companies which received furlough cash in December 2020.

The business was forced to close down for the pandemic but quickly relaunched itself online with live-streamed workouts, yoga classes and much more.

According to recent accounts, Digme Fitness increased its staff from 36 to 56 between 2018 and 2019.

Akshata Murty is the daughter of N.R. Narayana Murthy, co-founder of Infosys and one of India‘s biggest businessmen (his children dropped the ‘h’ in Murthy).

She also has shares in the tech firm worth £430 million.

This makes her one of Britain’s richest women, with a fortune larger than the Queen’s.

Luxury outfitters New & Lingwood is another business owned by Murty, where she furloughed the staff earlier in the pandemic.

However, the firm does not appear on the latest list covering furlough payments in December 2020, according to The Mirror.

Rishi Sunak, on the other hand, is under pressure to extend the furlough beyond its planned end in April 2021.

He was also highly criticised for failing to declare his wife’s family wealth in the ministerial register.

The Chancellor only mentioned his wife as a family member, and only referred to her ownership of a UK-based venture capital company.

According to the Guardian, Murty’s family hold many other interests, among which:

It is not entirely clear why Murty’s possessions were not declared in the register, as it is no secret. 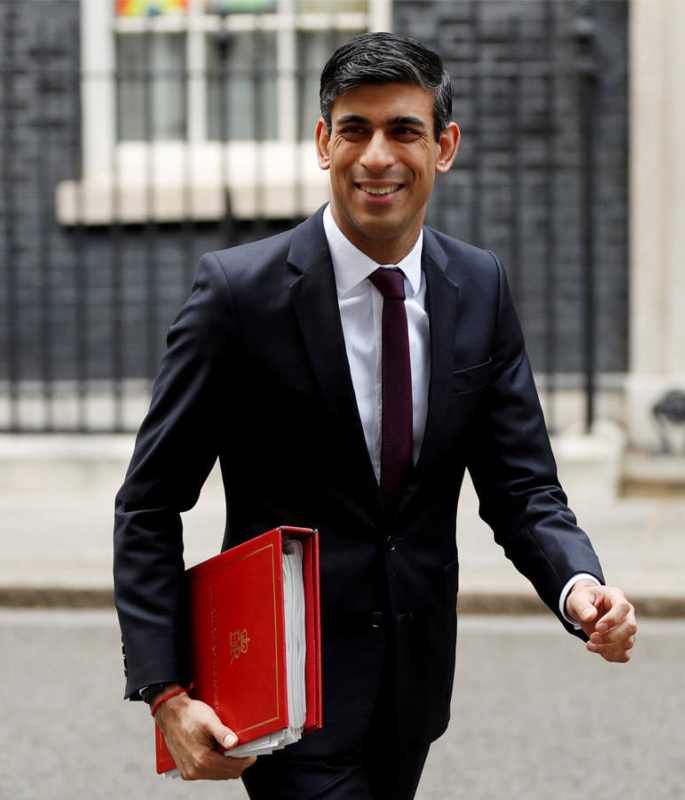 “The Prime Minister’s independent adviser on ministerial interests has confirmed he is completely satisfied with the Chancellor’s propriety of arrangements and that he has followed the ministerial code to the letter in his declaration of interests.”

The Government has also been criticised for lack of transparency since the launch of the furlough scheme at the start of Covid-19.

H.M. Revenue and Customs revealed only partial details of employers claiming furlough and the amount of cash received.

H.M. Revenue also allowed firms to be left off the list.

Jesse Norman, the Financial Secretary to the Treasury, affirmed that 55 employers asked to be removed from the list.

“Employers can ask for their details to be withheld if they can show that publication would lead to the threat of violence or intimidation toward the employer or other specified associated persons.

“17 of these applications were accepted and will not be published.

“Two applications were rejected and 36 were pending.

“These employers were removed from the list before publication pending resolution of their applications.

“To date no employer that has applied to have their details removed from the list has subsequently chosen to pay back their claim.”