Netizens demand the Release of Nodeep Kaur on Twitter

Netizens are urging the Indian Government to release Nodeep Kaur who was arrested, beaten and raped under police custody.

"She is being framed, and we will fight that."

There is an ongoing uproar on social media for Nodeep Kaur, a labour-rights activist. Netizens are demanding her release on Twitter, using the hashtag #nodeepkaur.

Nodeep Kaur was arrested at the Singhu border on January 12, 2021.

The Haryana Police arrived at the Majdoor Adhikar Sangathan union (MAS) tent at the Singhu Border and arrested the 23-year-old Dalit girl.

Since her incarceration, she has been repeatedly beaten and raped by the authorities.

Kaur’s bail plea has also been rejected twice, whilst the next bail hearing has been scheduled for February 8, 2021.

The case was registered following a complaint filed by Lalit Khurana, an accountant at Elecmech Private Ltd, Kundli.

According to the FIR, Nodeep Kaur was accused, along with two other women and more than 50 men, for storming the company office and demanding money.

“When we refused, they created a ruckus and threatened us of dire consequences.

“We called the cops who were also beaten up by the accused and her accomplices.”

Three policemen reached the spot requesting them to leave the company. They were later challenged by Nodeep Kaur, who also instigated others to ‘teach the police a lesson’ as per the FIR.

After almost a month of her arrest, the case is now gaining more attention on social media.

Even Meena Harris, the niece of Kamala Harris, has tweeted about Nodeep Kaur’s arrest, drawing much attention.

Weird to see a photo of yourself burned by an extremist mob but imagine what they would do if we lived in India. I'll tell you—23 yo labor rights activist Nodeep Kaur was arrested, tortured & sexually assaulted in police custody. She's been detained without bail for over 20 days. pic.twitter.com/Ypt2h1hWJz

There is also a petition on Charge.org, demanding her release.

Kaur had been active in bringing over 1,500 labourers to march in support of the farmers’ movement.

According to Nodeep’s sister, Rajveer Kaur, her arrest was an attempt to silence the voices of dissent, adding that ‘labourers and workers supporting the farmers are also being fired.’

Even Nodeep was fired from her job with a private firm in Kundli for supporting the farmers’ protest, way before being arrested.

Rajveet also claimed that her sister was framed in a false case.

The police denied the allegations and said Nodeep was facing two other serious criminal cases.

“This is not the first case registered against Nodeep Kaur.

“She is already facing a criminal case. The allegations are not false as the CCTV footage recovered from the factory premises shows the accused and others assaulting the cops.” 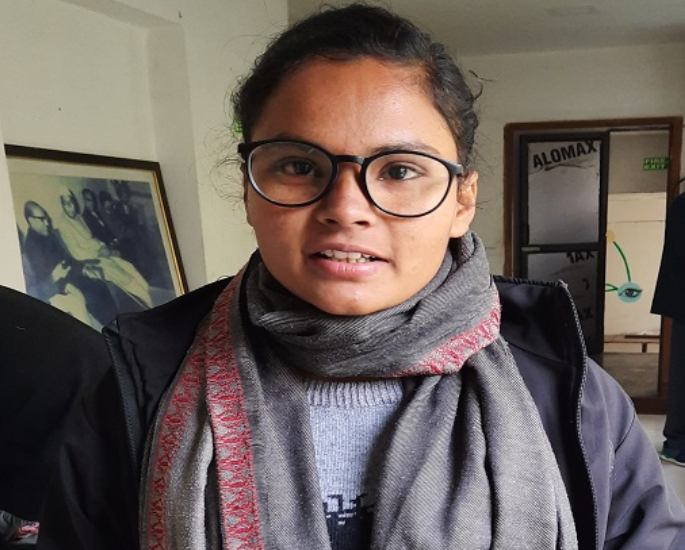 In an interview to Sabrang India made in January, her sister Rajveer said:

“She was beaten by male police officers, she was hit on the back, on her private parts.

“She was arrested on January 12, and we reached the police station [late that night] but were told she had been sent to Karnal.

“There, the next day, I found out that she had been tortured, they did not even give her the medicines we had handed over.

“The SHO wanted to show her as a gang leader, she is just 23 years old, has completed her class 12 and was planning to apply to the Delhi University as an undergraduate.

“She is being framed, and we will fight that.

“We asked that her medical examination be done. That was ordered by a court in Sonipat.

“Her next hearing is on January 25, she is in judicial custody till then.

“We got the FIR from court, the police did not provide it for us.

“They have put many charges on her to frame her and accuse her as the main person who allegedly attacked [the police].

“At the Kundli police station, two FIRs were filed against her, including under multiple sections.

“She has been accused of crimes including rioting while armed, unlawful assembly, assaulting a public servant, extortion, intimidation and attempt to murder.

“All false charges, she is being framed.”

In a video made viral on social media, Nodeep Kaur is seen talking about the farmers’ protests and how the labourers are also part of the agitation. 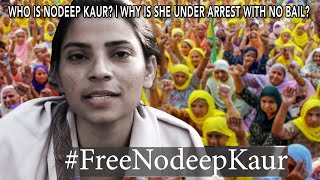