Modi’s Government has hit Twitter with a new legal demand forcing to block all the accounts linked to the farmers’ protest in India.

This legal demand has put Twitter in a very challenging position.

After the Indian Ministry of Electronics and IT hit Twitter with a legal demand, the social media restricted access to accounts associated with the farmers’ protest on Monday, February 1, 2021.

It blocked almost 250 accounts and tweets, which only applied for users based in India. Users elsewhere can still see these accounts.

Some of the users blocked are Kisan Ekta Morcha (Farmers’ Unity Front) with 171,000 followers, Tractor to Twitter with more than 42,000 followers, MD Salim, a former lawmaker, and ‘The Caravan’, an investigative magazine often critical of Modi.

All the accounts suppressed shared the criticism towards the Bharatiya Janata Party (BJP), the Hindu-nationalist Government of Narendra Modi.

Most of them used the hashtag #ModiPlanningFarmerGenocide, an open reference to the Indian Prime Minister.

Addressing these accounts, the Ministry of Electronics and IT accused them of “making fake, intimidatory and provocative tweets.”

When did @jack join BJP?

After the suspension of the various accounts on February 1, 2021, he highlights it as a suppression of free voice saying:

“A platform which is so-called… an independent platform – Twitter. So they have bowed down in front of the Indian government.

“Maybe they sent some notice to Twitter to block these accounts.

“So this is purely suppression of voice.

“Because most of the accounts suspended today were pro farmers’.

“So we were raising their demands.

“We were tweeting in favour of farmers with respect to their demands.”

According to Twitter, the company representatives had met with the Government officials to explain that the tweets constitute free speech and are newsworthy.

It is undeniable that this legal demand has put Twitter in a very challenging position.

From one side, Twitter must comply with local laws in countries where they operate.

However, this is often used as a weapon by authoritarian governments to threaten the opposition.

This leads social media like Twitter, which upholds the value of free speech, to act as a censor.

On the other hand, social media companies have an international reputation to protect.

Twitter made a statement to TIME on Monday, February 1, 2021, saying that transparency is vital to protecting freedom of expression.’

“Twitter is not able to resist these demands from the government under existing legal regulations.”

“If they do resist it, under the existing legal powers, they would arguably be liable for criminal prosecution under an offense for which jail terms on conviction extend towards seven years.”

“This is a continuation of a larger degree of censorship which is taking place around the farmers’ protests in India”.

“It shows that the government wants to control the narrative of electronic and digital media.” 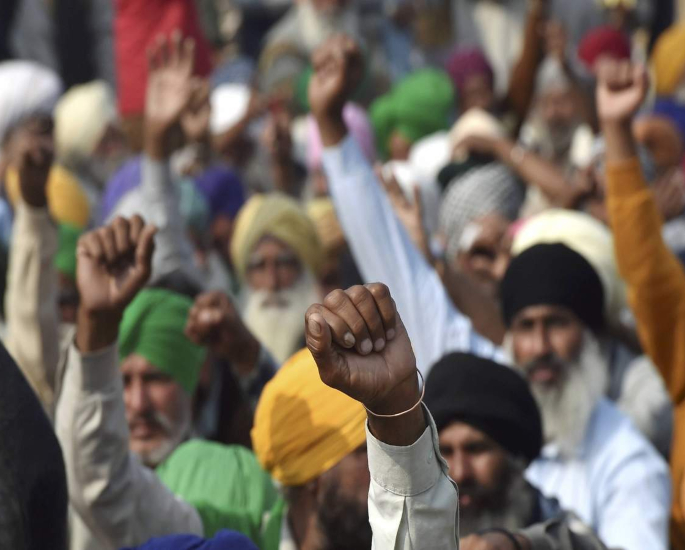 Twitter’s most recent transparency report, has shown that between January and June 2020, it received 2,768 legal demands to remove content in India, an increase of more than 274% compared to the previous six months.

The social media company satisfied 13.8% of the demands.

This is not surprising as India has seen several anti-government protests over the last 14 months.

According to a report released by Top10VPN, India was the top country in government-targeted internet shutdowns in 2020.

Overall, the blockages lasted almost 9,000 hours and cost the economy an average of $2.7 billion (£1,9 billion)

Twitter has not disclosed any specific information about the legal demand made by India yet.

This is not the first time the Government uses social media platforms to mount harassment campaigns and spreading hate.

According to I am a Troll a book written by Swati Chaturvedi, senior party officials coordinate harassment campaigns.

This is how misinformation starts spreading.

The hashtag #CoronaJihad which trended on Twitter in April 2020, is the best example.

It was part of a campaign aiming to blame Muslims for the spread of Covid-19 in the country.

Twitter proceeded to remove all the tweets, but not as a response to a government’s legal action, like in this specific case.

As a matter of facts, India took no legal action against the accounts that spread hate across the country.