It has been revealed that PrettyLittleThing founder Umar Kamani has furloughed staff members despite his luxury lifestyle.

He regularly travels by private jet to socialise

The founder of fashion retailer PrettyLittleThing has placed staff into furlough even though he is worth £1 billion.

Umar Kamani is currently enjoying a lavish lifestyle in Dubai with his girlfriend. Meanwhile, he has put 86 staff members at Manchester-based company into furlough.

The 32-year-old made the decision shortly after the lockdown in order to use the Government’s scheme, which uses taxpayers’ money to pay workers 80% of their usual income up to a maximum of £2,500 per month.

However, Umar did not seem phased by the lockdown or the decision to furlough staff when he posted a photo on Instagram at his Dubai home with his girlfriend Nada Adelle on April 18, 2020.

He captioned the picture: “Isolationship”.

On the same day, one of his employees wrote on Twitter about how missing work had left her feeling “depressed” and “bipolar”.

Umar lives a luxury lifestyle, owning a fleet of cars which include two Rolls-Royce Phantoms, a £300,000 Lamborghini Aventador and a £92,000 customised Mercedes G-Class. 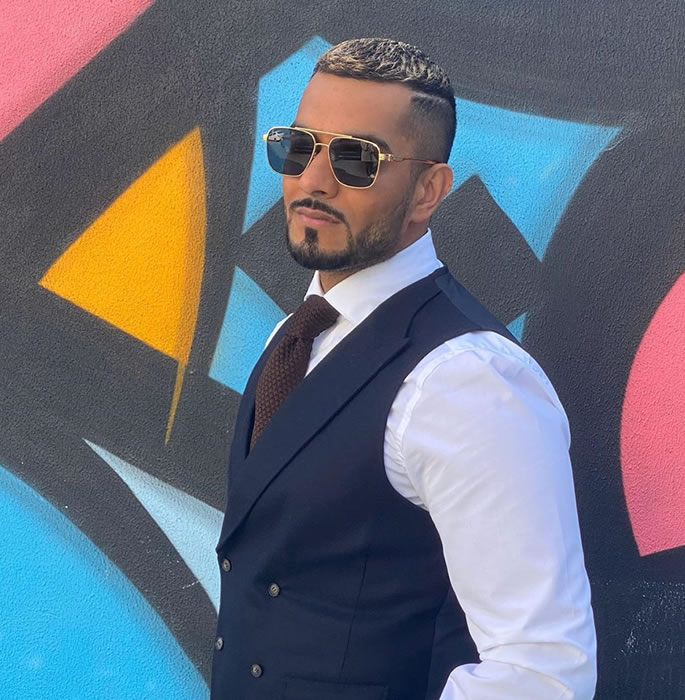 He regularly travels by private jet to socialise with the likes of P Diddy, Kylie Jenner, Denzel Washington among others.

It was reported that Umar has made £5 million from an investment company that is developing a new Coronavirus antigen test.

In April 2020, Umar spent £1 million on shares in Avacta Group, which is working with US-based Adeptrix to develop the test.

He paid 18p a share for stock in the company but the price significantly increased throughout April on hopes that the firm will successfully develop the antigen test.

On May 1, shares closed, giving the company a market capitalisation of £226.7 million. That means Umar’s investment is now worth nearly £5 million.

A spokesperson for Umar explained: “We are entering an unprecedented period and while it is too early to quantify the future impact of COVID-19, we are taking measures to position the business to protect jobs going forward and keep the business on a strong financial footing in what we expect to be a temporary environment.

“It is important to note that PrettyLittleThing staff are still being paid their full salary as a result of the Government furlough initiative and the company’s decision to ‘top up’ salaries so they receive 100 per cent of what they would usually be entitled to each month.”

He went on to say that a number of employees would return to work on May 4.