Winners of the British Curry Awards 2015

The British Curry Awards 2015 took place on Monday 30th November, 2015. Celebrating the best restaurants and curries in all of the UK, DESIblitz has all the highlights and winners.

"We try to introduce new things in the menu and decoration every year to keep winning.”

It was a glamorous ceremony attended by restaurateurs, foodies, celebrities and members of parliament.

Originally established by Enam Ali in 2005, the awards have rapidly become a large-scale platform for restaurateurs who, with their hard work, can now be recognised nationally for their delicious food.

The awards have been deemed the ‘Curry Oscars’ by Prime Minister David Cameron and the curry industry being one of ‘Britain’s greatest success stories’ by Home Secretary Theresa May. 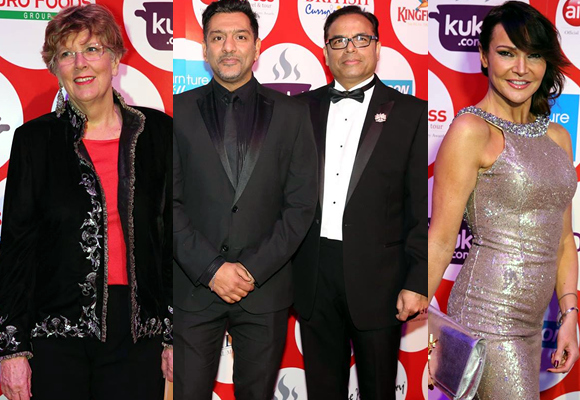 Gone are the days where curry was considered a South Asian only product. It is now embraced by all members of the British public and considered to be a national dish.

Approximately 25 million curries are consumed every week and the British curry industry employs over 100,000 people.

Enam Ali said: “Curry may have been born in India, but it’s in Britain that it has grown and matured. The British Curry Awards are recognition of that.” 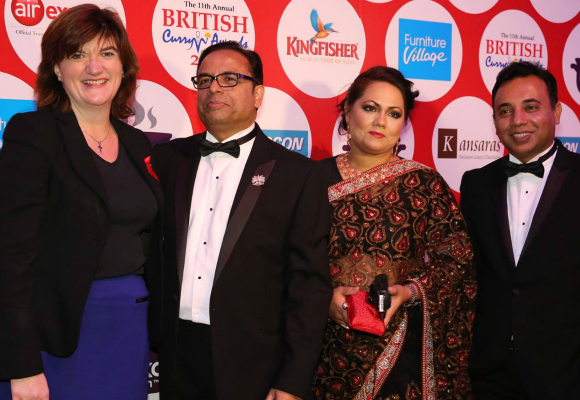 The nomination process for British Curry Awards invites members of the public to nominate their favourite local curry restaurants.

This year there were 218,000 public nominations received with a total of 2,459 restaurants being nominated.

The winner of the ‘Best Newcomer’ award, The Calcutta Club, said: “It’s a delight to be here only after 21 months of opening.”

Reza Mahammad, a celebrity chef, won the ‘Special Recognition’ award. He is famous for appearing in several TV shows, such as Delhi Belly with Sanjeev Bhaskar.

Reza said: “I try to do my thing to teach about Indian food and that there’s more to it than chicken tikka masala.”

Sheesh Mahal in Llanelli won the best restaurant in Wales award and said:

“We are shocked to win another one. This award gives us exposure nationwide of what we do every night and definitely boosts business for the future.” 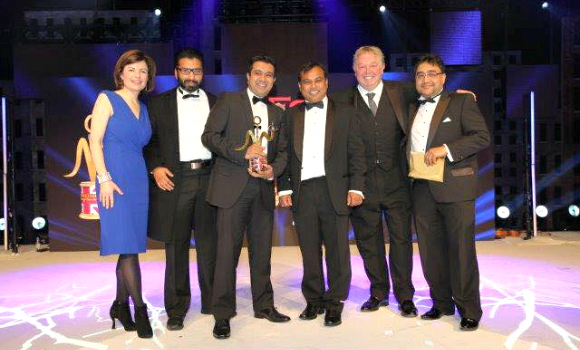 “People like us in the restaurateur business work day and day out to have a successful time and recognition.”

Viceroy, based in Cumbria, who won best Restaurant in the North West discussed how the curry industry has changed:

“We have been running for 35 years in Cumbria. Now, there’s been more publicity and more media awareness.”

Rai Singh, creative director of Pushkar in Birmingham, said: “It’s been a lot of hard work and a great journey. I was not a restaurateur when I started and we’ve waited so long for this!”

When asked about future plans, they said: “We have our second restaurant which was shortlisted as a newcomer, so newcomers beware!”

Spice Lodge in Cheltenham has won the award the ‘Best Restaurant South West’ for the past 3 years: “We opened in 2005 which was when the Curry Awards started.

“We try to introduce new things in the menu and decoration every year to keep winning.”

Nihal, a radio presenter who hosted an award, said: “Growing up in a small village in Essex, the one curry house we had was the only exposure people had to curry. Now it’s good to see that there’s a curry house in every village or town.” 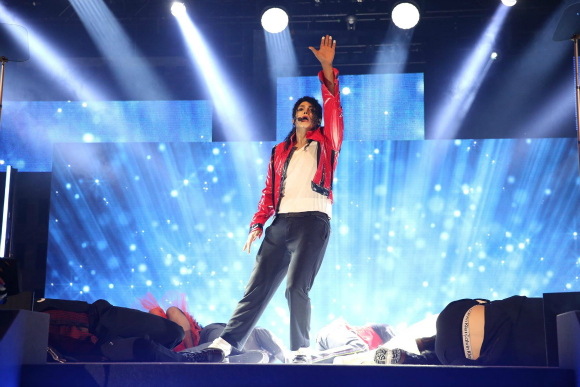 Entertainment included an act by a Michael Jackson impersonator, called Navi, who delivered a great performance of ‘Thriller’.

Here is the full list of winners of the British Curry Awards 2015:

DESIblitz would like to give big congratulations to all the winners at this year’s British Curry Awards and looks forward to the promising years ahead for Britain’s growing curry industry.

Sonika is a full-time medical student, Bollywood enthusiast and lover of life. Her passions are dancing, travelling, radio presenting, writing, fashion and socialising! “Life isn’t measured by the number of breaths taken but by moments that take our breath away.”
Curry Crisis in the UK due to Chef Shortages
10 Desi Dishes to Keep you Warm in Winter