"How about that for a night at the awards."

The great and the good of Bollywood came together for the Life OK Screen Awards on 14th January 2015 in Mumbai.

For his compelling performance in Haider, Shahid Kapoor received the awards for ‘Best Male Actor’, ‘Best Jodi’ alongside Tabu, and the Male Hero of the Year Trophy. 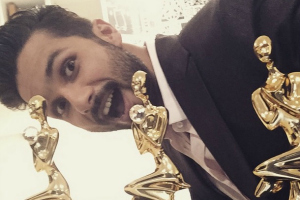 Shahid posted a photograph of himself on Instagram, posing with his three trophies, captioned: “How about that for a night at the awards.”

‘Best Film’ went to Queen, while Vikas Bahl won ‘Best Director’ and Bobby Singh won ‘Best Choreography’ for their work in the film.

For his role as a villain in Mardaani, Tahir Raj Bhasin received the award for ‘Best Male Actor in a Negative Role’. Huma Qureshi won the female equivalent for her performance in Dedh Ishqiya. 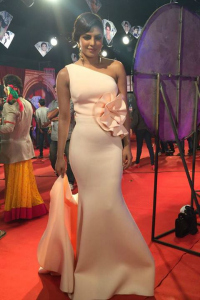 Box Office hit PK was also recognised with two awards. Rajkumar Hirani and Abhijat Joshi were given the prize for ‘Best Dialogue’. Manoshi Nath and Rishi Sharma were acknowledged with an award for ‘Best Costume’.

Hema Malini was honoured with the ‘Lifetime Achievement Award’ in style, when King Khan made an aerial entry to the arena to present her with her prize.

Here is the complete list of Winners of the Life OK Screen Awards 2015:

Entertainer of The Year
Sajid Nadiadwala

DESIblitz would like to congratulate all of the Winners of the 2015 Life OK Screen Awards!

Harvey is a Rock ‘N’ Roll Singh and sports geek who enjoys cooking and travelling. This crazy guy loves to do impressions of different accents. His motto is: “Life is precious, so embrace every moment!”
Dabboo Ratnani Calendar 2015
Priyanka wants Fawad Khan?