Style, glamour, fashion and beauty descended upon Mumbai on November 30, 2015.

Hosted by the beautiful Neha Dhupia, the stars of Bollywood gathered to see who among them would be branded the most stylish at the Absolut Elyx Filmfare Glamour & Style Awards 2015.

And the celebrities certainly dressed to impress on the red carpet. Style Queen, Sonam Kapoor, wowed in a ruffled pink off-the-shoulder gown by Michael Cinco.

The fashionable starlet won the ‘Most Stylish Star (Female)’ as well as the Absolut Elyx Style & Substance Award.

She was snapped with another Bollywood diva, Jacqueline Fernandez, who looked gorgeous in a sheer Shady Zein Eldine gown. 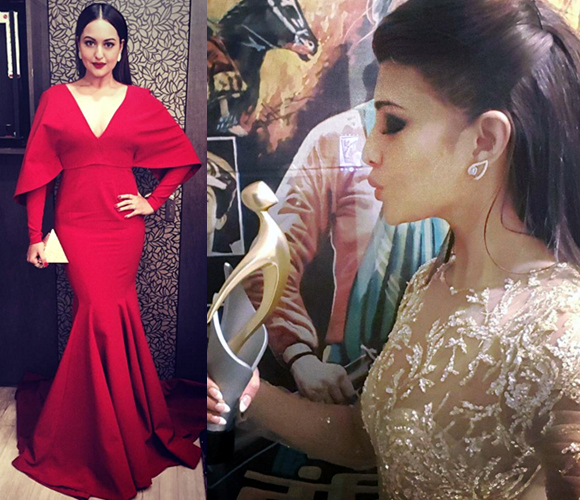 The actress who has been turning heads this year for her impeccable fashion taste won the Filmfare for ‘Emerging Face of Fashion (Female)’.

The beauty posted a picture with her award on Instagram, with the caption:

“Dedicate this to all the people who helped me on my journey! #emergingfaceoffashion.” 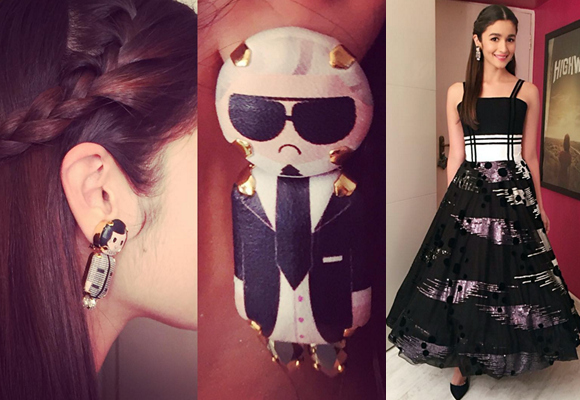 Alia Bhatt also looked pretty in a girly monochrome Georges Chakra dress, with her hair braided into the shape of a heart. The actress who won ‘Trendsetter of the Year’ wore matching Karl Lagerfeld and Coco Chanel earrings.

But the Bollywood babes were not alone as our B-Town hunks dressed to the nines for the glamourous affair.

Among the heroes was the likes of Shahrukh Khan, Ranveer Singh, Varun Dhawan, Kabir Khan, Sooraj Pancholi, and Imran Khan, just to name a few!

The King of Bollywood, SRK, had a good night. The superstar took away two Filmfare awards, including ‘Most Glamorous Star (Male)’ and ‘Global Icon of the Year (Male)’. 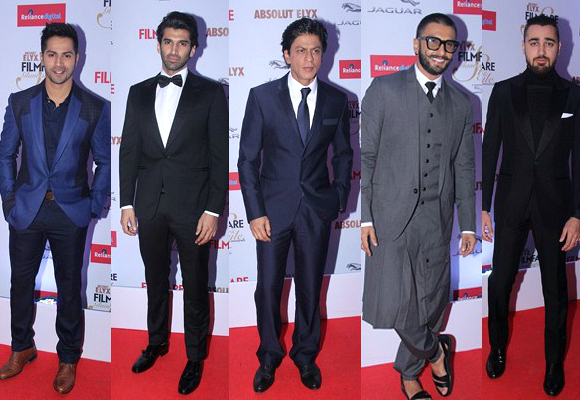 Ash was also honoured with the ‘Global Icon of the Year (Female)’.

Here is the full list of winners of the Absolut Elyx Filmfare Glamour & Style Awards 2015:

Trendsetter of the Year
Alia Bhatt

Most Glamorous Film of the Year
Dil Dhadakne Do 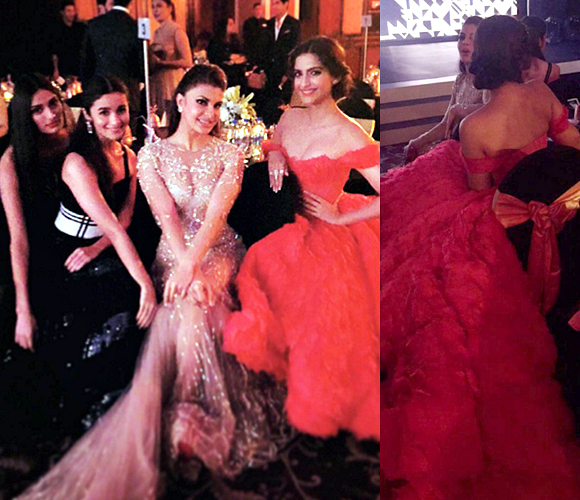 It is clear that Mumbai’s stars were shining brightly on the night of the Absolut Elyx Filmfare Glamour & Style Awards 2015.

Beauty, style, and elegance are at the heart of Bollywood glamour, and these dashing celebrities know how to sparkle.