The 62nd Filmfare Awards (South) ceremony in Chennai, Tamil Nadu, was a dazzling event. DESIblitz brings you all the winners, performances, and celebrities.

The 62nd Britannia Filmfare Awards (South) was held in glamorous style on the 26th June 2015, in Chennai, Tamil Nadu.

Celebrating the best of South Indian cinema, the categories were awarded across four different film industries including Telugu, Malayalam, Tamil, and Kannada.

Celebrities attended the glitzy evening in droves. Shruti Haasan, who won Best Actor (Female, Telugu) Award for her role in Race Gurram, arrived along with her father Kamal Haasan, who presented the Lifetime Achievement Award to IV Sasi.

Popular Tamil actor, Dhanush won the Best Actor in a Leading Role award for his role in Velaiyilla Pattathari, looked very dapper in a blue tux with black trim.

Alongside the big winners of the night, there were also stunning performances from the likes of Tapsee Pannu, Pranitha Subhash and Tamannah Bhatia. 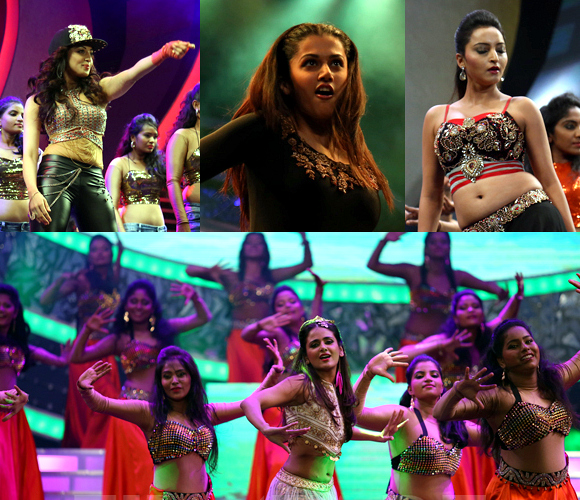 Here is the full list of winners of the 2015 Britannia Filmfare Awards South:

The 62nd Filmfare Awards South was once again a success, made more exciting by the number of stars who attended the ceremony.

DESIblitz looks forward to the next Britannia Filmfare Awards (South), which will surely be even more glamorous.