A Gujarati groom from the village of Champlanar had a lavish wedding ceremony but had no bride. It was a dream that was fulfilled.

"I decided to arrange a wedding procession for him"

Gujarati groom Ajay Barot, aged 27, from the village of Champlanar had a beautiful wedding ceremony as he wanted to have one just like his cousin.

While his long-standing wish got fulfilled, one problem that his wedding had was that there was no bride.

Ajay’s family wanted to fulfil their son’s dream by giving him a lavish wedding. However, they could not find a bride for him.

Therefore, they decided to host a wedding without a bride but made sure that everything associated with their culture and traditions was followed.

Relatives and close friends attended the Mehendi and Sangeet ceremonies, which were held a day before the wedding.

On the day of the wedding, Ajay was dressed in a traditional wedding outfit. He wore a gold sherwani, pink headgear and a garland made up of red and white roses.

The groom arrived at his ceremony on a horse. Around 200 people were part of the procession. They danced to Gujarati music and drum beats. 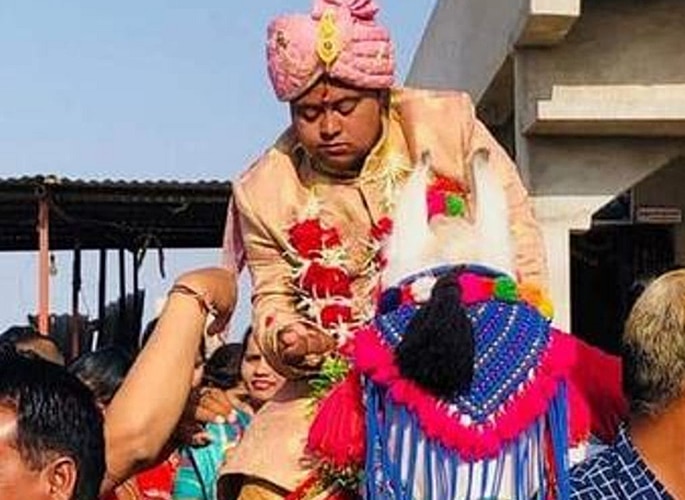 Ajay’s family arranged a feast for almost 800 people in a community hall close to their home. In total, the wedding cost Rs. 2 Lakh (£2,200).

Ajay’s father Vishnu Barot said: “My son was diagnosed with a learning disability and lost his mother at an early age.

“He used to enjoy the wedding procession of other people and asked us about his marriage.

“We were unable to answer his question as it was not possible to find a match for him.

“Thus, after talking to all my family members, I decided to arrange a wedding procession for him so he feels like his wedding is being held and his dream is getting accomplished.

“I am very happy that I fulfilled my son’s dream without thinking about what society would say.”

Ajay’s uncle Kamlesh Barot explained that his nephew is a big fan of music and dancing brings a smile to his face.

Kamlesh said: “He never misses any wedding in our village. After seeing my son’s marriage in February, Ajay used to ask us about his wedding.

“When my brother came up with an idea to fulfil his son’s wish, we all stood by him and decided to have his wedding procession like any normal wedding, though a bride was missing here.” 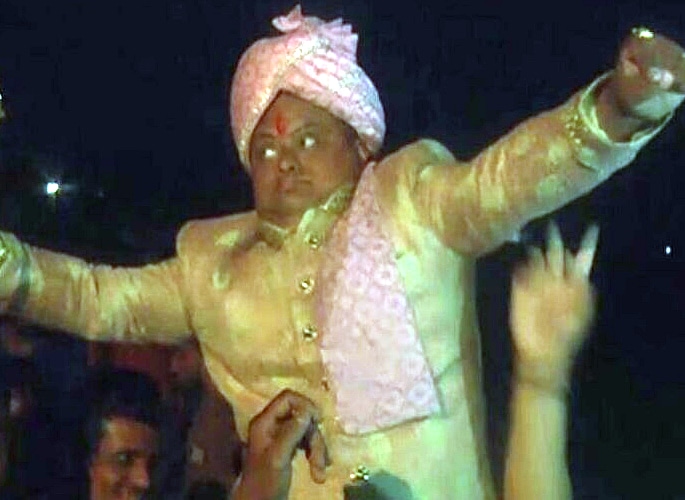 Kamlesh added: “We sent wedding invitations to our relatives and performed all rituals as per Gujarati tradition in the presence of a priest.

“What was important for us is to see Ajay gleaming with joy on his big day.”

Ajay’s sister said: “My brother was lucky that his family supported his wish. We are all happy for him. We did not want to hurt anyone’s emotion, it was just to see him thrilled with joy as he is very dear to us.”

Dhiren is a journalism graduate with a passion for gaming, watching films and sports. He also enjoys cooking from time to time. His motto is to “Live life one day at a time.”
Indian National jailed for Stalking Woman in UK to ‘Marry Him’
Indian Man Shot for Marrying Woman of Same ‘Gotra’