Indian National jailed for Stalking Woman in UK to ‘Marry Him’

An Indian national living in Wembley has been jailed after persistently stalking a woman who refused to ‘marry him’ after she served him in a shop.

“I cannot understand why this male became so obsessed with me."

An Indian national, living in Wembley, Rohit Sharma, aged 28, has been jailed for stalking a woman for 18 months after meeting her in a shop where she served him as a shop assistant.

Sharma was sent to prison for 29 months after a hearing at Isleworth Crown Court on May 15, 2019, where he pleaded guilty stalking; harassment and failing to appear at court.

His sentence to jail consisted of 22 months for stalking, six months for harassment and one month for failing to appear at court.

The stalking of the woman started when she served Sharma in a Wembley shop on November 11, 2017, when she was in her 20s.

On the same day, after their very brief interaction in the shop, Sharma came back to the shop sometime later with his father and asked the woman to marry him.

After four days, the victim changed her job. Sharma tracked down where she moved to and worked. He then managed to get her phone number.

On getting the victim’s number his level stalking and harassment increased. He bombarded her with messages by phone, text and on social media.

After not being able to cope with Sharma’s advances, in February 2018, the victim reported him to police. Sharma was issued with a harassment warning.

But this did not stop Sharma. He continued with his campaign of stalking and harassment of the victim, which included him calling her up to 40 times a day, using about 15 different numbers. He also was watching the victim at her workplace.

Sharma was then arrested and then charged with harassment of the victim in July 2018. However, after he was bailed from the court, Sharma started his stalking once again of the woman.

On November 5, 2018, Sharma was supposed to attend court. But he failed to attend the hearing, so he was circulated as wanted by police.

Sharma continued his stalking of the victim and became more persistent. This led to the harassed woman leaving her job and moving away from the area in order to get away from Sharma.

This did not stop Sharma. He began to contact people who knew the victim and systematically tried to find out where the victim had moved.

Police intelligence subsequently linked Rohit Sharma to an address in North End Road, Wembley and on April 16, 2019, he was arrested.

He was then charged and remanded in custody. With the amount of evidence against him left Sharma little choice but to plead guilty in court for his crimes against the victim.

When sentencing Sharma, the Judge ordered that since he is from India, he would be considered for deportation after he completes his prison term. 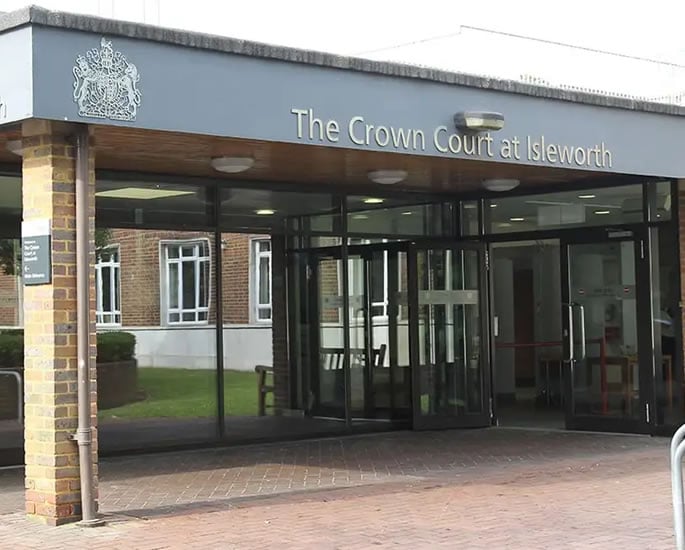 The victim of the stalking, who cannot be named said in a statement:

“This whole experience has completely shattered my nerves, I have gone from being a confident young woman to constantly feeling scared and on edge.

“I have no desire to socialise or meet new people, which has really taken its toll and ruined the university experience I had always envisioned.

“I cannot understand why this male became so obsessed with me. It is so unfair and completely undeserved.

“I just want him to realise what he has done and to know that he cannot do this to me or anyone else.”

“I now want to move on knowing that he is locked away and cannot harm or hurt anyone else like he has done to me.”

“Stalking and harassment has a devastating impact on the lives of those targeted.

“There is intrusion into the victim’s life, and they are left to feel vulnerable, distressed and threatened.

“Sharma was incessant in his pursuit of his victim.

“He would phone her up to 40 times a day and use around 15 different numbers to contact her, making it near impossible to block his calls, and would also get friends and relatives to contact her on his behalf.

“The victim has been left devastated by Sharma’s actions and I can only hope that his imprisonment offers some form of respite for her.

“She has shown immense bravery in reporting him to police and supporting this court case.”

Nazhat is an ambitious 'Desi' woman with interests in news and lifestyle. As a writer with a determined journalistic flair, she firmly believes in the motto "an investment in knowledge pays the best interest," by Benjamin Franklin.
Raged Driver Mowed Down Soldier outside Nightclub
Gujarati Groom has Lavish Wedding without Bride