Indian Man jailed for Stalking US Woman for 10 Years

Jitender Singh stalked a woman from India to the US for a decade. The Indian man was jailed for 19 years for burglary and fraudulent use of information.

“You can’t hide from me. I will always find you.”

An Indian-origin man in California was jailed for nearly two decades for stalking a woman from India to the US for almost 10 years.

Jitender Singh was sentenced to 19 years in prison by a court in McKinney, Dallas on April 28, 2016.

He was arrested in 2014 after breaking into the woman’s apartment and stealing her personal items.

The jury found him guilty of ‘burglary of a habitation’ for which he received a 17-year jail term.

He was also found guilty of ‘fraudulent use of information’ for which two more years were added to his sentence. In addition, he had to pay a fine of US$4,000 (£2,700).

The 32-year-old Indian man met the unnamed woman in Delhi in early 2000s, where they attended the same college.

He proposed to her in 2006, but she turned him down. What followed was a string of threats and harassment, where he followed her home and assaulted her father. This was said to have continued until their graduation.

Jitender was arrested and convicted in India on charges related to the harassment, threats and assault. According to the prosecutors at Collin County, he signed an affidavit agreeing to keep his distance or he would not be allowed to pursue graduate studies in the US.

But that did not stop him from enrolling in the same university in New York as the woman. Luckily, his admission was denied and the university attempted to keep it out of campus with a criminal trespass order. 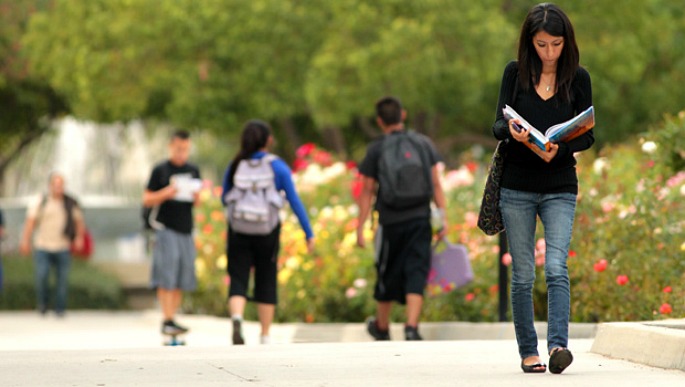 The woman later secured an internship in California. Jitender tracked down her address and went to see her, threatening: “You can’t hide from me. I will always find you.”

He continued to harass her until she graduated from university.

In 2011, she relocated to Plano (not far from Dallas) to work for an IT company. For the next three years, Jitender harassed her through phone calls and various means via the Internet.

In 2014, he once again found out where she was living. He broke into her home and stole her passport, social security card, jewellery and other personal documents. He was arrested shortly after.

Collin County district attorney’s office confirmed: “A suspicious neighbour called 911 and Plano police officer Michael Weaver and others located Singh in the parking lot of the victim’s apartment with her property.”

Jitender, represented by attorney Joe Padian, plans to appeal his hefty sentence. Padian said: “While we respect the jury’s service, we were disappointed with the sentence, and we do intend to appeal.”

Images courtesy of The Dallas Morning News and Perpetual Student

Can being Bilingual and Mixed Race make you Smarter?
Groom gets Shot in Head at New Delhi Wedding