A reckless driver from Dewsbury, Kirklees, ran over a serving soldier outside a nightclub. The incident happened on New Year’s Day 2019.

"I could not get it out of my head that someone was coming for me."

He was sentenced following an incident outside a Batley nightclub where a serving soldier was knocked down by a car.

The incident happened at around 4:41 am on New Year’s Day outside the TBC nightclub on Bradford Road.

The prosecutor Jonathan Sharp explained that there was no “clear account of what happened” inside the club before the altercation occurred.

Hussain was waiting for his friends outside in a Mercedes C63, despite never passing a driving test.

He became “enraged” when one of his friends came out and told him about the altercation inside.

Hussain then drove away from the club before circling back towards a group of people.

Soldier Joshua Adams-Mitchell, aged 21, of the Yorkshire Regiment, had stepped back into the middle of the road, at which point “the defendant accelerated and drove directly towards him and struck him at speed.”

The victim rolled over the top of the car and was thrown 90 feet across the road.

Hussain then sped away and abandoned the vehicle, which had been previously rented by an acquaintance. 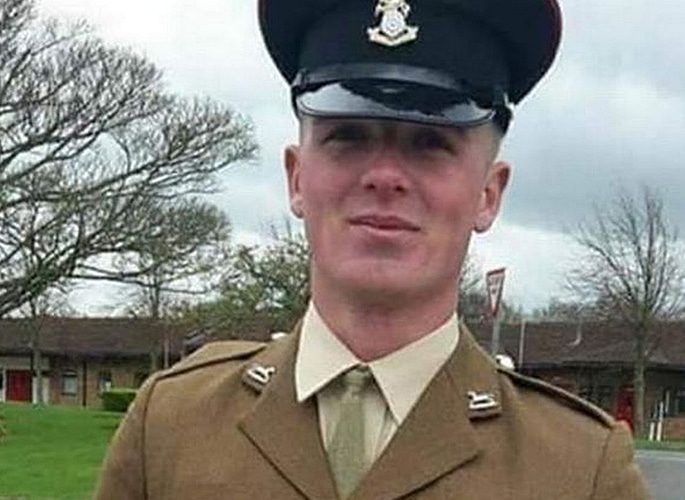 Members of the public rushed to the victim’s aid and he was taken to hospital where he spent a number of weeks. Mr Adams-Mitchell sustained serious injuries to his head, body and legs.

In a previous hearing, it was heard that the Army serviceman may lose sight in one of his eyes and may have to abandon his career as a result of the attack. The victim has since suffered from PTSD.

Hussain was arrested on January 2, 2019, and it was found that he had shaved off his beard in a bid to disguise himself. He was charged with section 18 wounding.

On February 6, 2019, he pleaded guilty to the attack as well as a number of motoring offences.

“This incident has had a massive impact on my life and my family.

“I’m worried when I go out and feel paranoid that something will happen to me, I just don’t feel at ease.

“I could not get it out of my head that someone was coming for me. I’m really worried about my career, I’m worried I will be medically discharged.

“I just don’t understand how someone could do this to me. The impact in my relationship with my partner has been the biggest problem.” 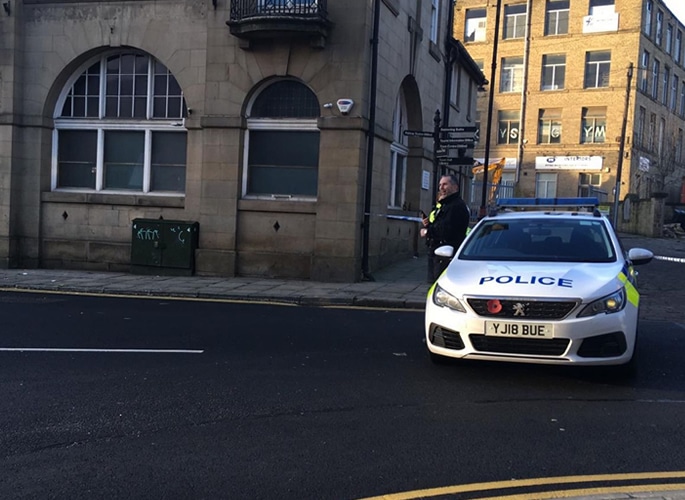 Mitigating, Robin Frieze said his client was “desperately sorry” for his actions and that he bears Mr Adams-Mitchell “no ill will at all.”

He explained that Hussain was appalled by his actions in the heat of the moment.

Judge Robin Mairs said there was no justification for Hussain’s actions but said he could not find any political motivation.

Police had said that the incident was deliberate but had ruled out a racial or terror-related motive.

Judge Mairs said: “There had been minor altercations within the club, it’s unclear what the nature of those were.

“There is no evidence of any dispute that you had with Mr Adams-Mitchell in particular and I do not find any political motivation from the evidence.

“There is no reason or justification for your actions that morning.

“You were enraged for some reason of your own, you were in some state of outrage.

“It’s clear that you accelerated as quickly as you could towards the group, there was no attempt to brake.”

“He went on to the bonnet, hit the windscreen and went 20-30 yards.

“Mr Adams-Mitchell had a catalogue of injuries. It’s changed his outlook on life and his confidence has been substantially hampered.

“It’s unclear whether his army career will be truncated as a result.”

The Examiner reported that Hamza Ali Hussain was jailed for eight years on May 15, 2019.

“Hussain’s actions that day were reckless and violent as he deliberately drove his car into a crowded area outside a busy nightclub on New Year’s Day.

“This incident has left a young man with serious injuries.

“We welcome this sentence which has been handed down to Hussain today and hope that it will provide the victim and his family with closure and justice following this terrible ordeal.”

Dhiren is a journalism graduate with a passion for gaming, watching films and sports. He also enjoys cooking from time to time. His motto is to “Live life one day at a time.”
Ammo Talwar – a Musical Inspiration in Business
Indian National jailed for Stalking Woman in UK to ‘Marry Him’