BMW Driver jailed for Running Over Two Pedestrians on Purpose

Purdeep Panesar, from Bedford, used his BMW to deliberately run over two pedestrians. He has been jailed for the offences.

"Panesar deliberately used his car as a weapon."

Purdeep Panesar, aged 27, of Bedford, was jailed for four years at Luton Crown Court after he ran over two pedestrians on purpose.

The incident, which took place in Bedford in May 2017, has been described as an “appalling” attack.

The court heard how the incident took place at approximately 9:40 pm. Panesar was spotted on CCTV driving a BMW M3.

He drove at speed past two pedestrians who were attempting to cross London Road. They then made a gesture towards Panesar’s vehicle.

Panesar responded by reversing back along the road and deliberately crashing into the two men.

As the men tried to escape, Panesar then mounted the pavement and attempted to hit them with his car again before driving off.

The victims of Panesar’s attack fortunately only suffered minor injuries.

The court jury was shown the CCTV footage of Panesar’s attack on the two men. 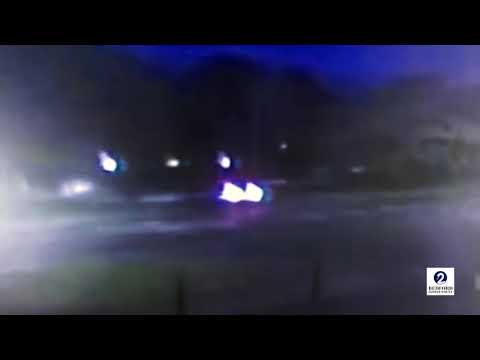 “It is by sheer luck that the victims did not suffer more serious injuries in this appalling attack.

“Panesar deliberately used his car as a weapon.”

Panesar was found guilty of attempted grievous bodily harm (GBH), attempted GBH with intent to cause harm, and dangerous driving.

DC Nandre added: “The two parties were not known to one another.

“It is a real concern that Panesar would resort to this level of violence in the heat of the moment.”

Purdeep Panesar was sentenced to four years in prison for both GBH offences which will run concurrently.

He was sentenced to four years in prison for both GBH offences, to run concurrently. He also received an 18-month concurrent sentence for the dangerous driving.

Following the sentence, DC Nandre said: “While this was not pre-meditated, this sort of action cannot be tolerated and I hope that Panesar reflects on his actions while he is behind bars.”

In another case in which a man purposely drove into another took place in Blackburn.

Waqas Iftikhar Hussain, aged 28, deliberately drove a BMW into a pedestrian which resulted in him having his leg amputated.

Hussain drove “at speed” into Ejaz Shah as a result of a family feud.

The incident happened on June 8, 2017, outside the Hare and Hounds pub in Clayton-le-Moors, Lancashire.

Following a trial, Hussain was found guilty of wounding with intent and affray.

Judge Heather Lloyd described his actions as “appalling and chilling”. She said:

“You forced him into a car, shunting the car backwards and severing his leg.”

Hussain was jailed for 14 years and four months. He was also disqualified from driving for 12 years and two months.

Dhiren is a journalism graduate with a passion for gaming, watching films and sports. He also enjoys cooking from time to time. His motto is to “Live life one day at a time.”
Convicted Murderer threatened to Kill Takeaway Worker
Canadian Punjabi had Sex with Woman without Her Consent