BMW driver Waqas Iftikhar Hussain was jailed for over 14 years after he deliberately drove into another man and severed his leg following a family feud.

"You deliberately drove at speed at Mr Shah."

Waqas Iftikhar Hussain, aged 28, of Blackburn, was jailed for 14 years and four months for deliberately driving a BMW into a pedestrian and severing his leg.

The BMW driver drove the vehicle “at speed” into Ejaz Shah following a family feud.

The incident happened on June 8, 2017, at the junction outside the Hare and Hounds pub in Clayton-le-Moors, Lancashire.

Hussain committed the crime while he was banned from driving and subject to a suspended sentence order for a previous driving offence.

The feud between the families of Hussain and Shah had gone on for a number of years and its origins are said to be petty.

Mr Shah’s leg was left severed before Hussain reversed and drove into him again on the ground, dislocating his shoulder.

Bystanders and pub staff came to Mr Shah’s aid. His father pleaded: “Somebody help me, my son is going to die.”

Judge Heather Lloyd told the court that Hussain’s actions were “appalling and chilling” and he had used the BMW “as a weapon”.

She said: “You took the law into your own hands and you used a large BMW as a weapon. You deliberately drove at speed at Mr Shah.

“You forced him into a car, shunting the car backwards and severing his leg.

“What did you think would happen when you drove a car like that into a person standing up against another car?

“It was abundantly clear that somebody would be very seriously injured.

“You didn’t leave it there. Having struck him once to the ground with those terrible injuries you reversed and hit him again, dislocating his shoulder.

“I’m not surprised that he and others at the scene thought he would die.”

Hussain fled the scene and abandoned the damaged BMW in Great Harwood, near Blackburn. 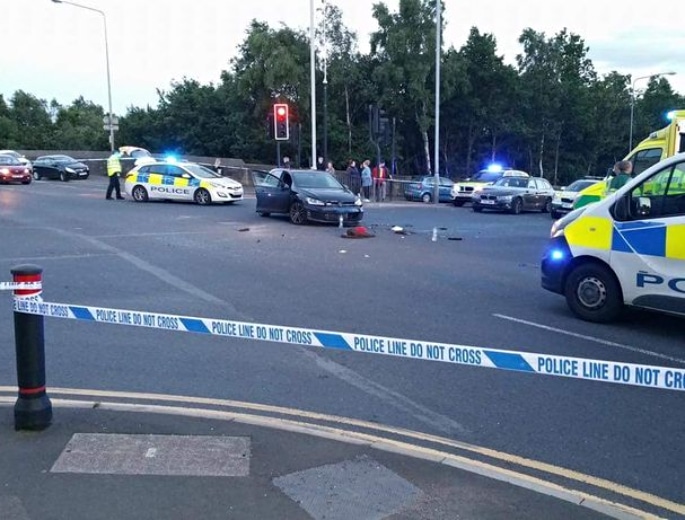 Mr Shah spent two months in the hospital. As a result of the incident, he had to have his leg amputated. After returning home, he was bed-bound and confined to a wheelchair.

Judge Lloyd explained Hussain had “shown no remorse whatsoever” and tried to put the blame onto Mr Shah.

“I still hear the loud bang from the car pushing me like a piece of scrap metal getting crushed in the salvage yard.

“I blanked out for a few seconds waking up to see my leg hanging off. I thought I was going to die.”

Mr Shah went on to say: “I felt useless. No good to anyone. I felt like a baby again getting washed, dressed, fed by my family. I still can’t get upstairs so my life in my house is downstairs.

“No-one should ever see or feel what my family has seen or felt. 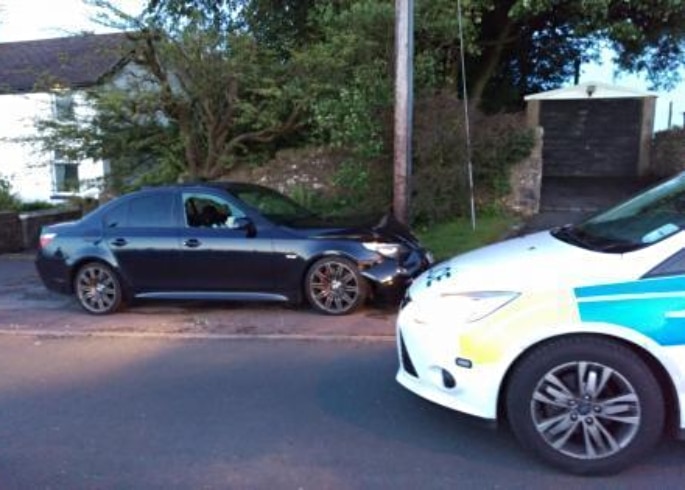 “This was not a case of an intention to commit more serious harm than resulted or indeed necessarily the main injury which resulted.

“The vehicle was driven deliberately into Mr Shah but I would submit the offence was not a pre-meditated matter.

“There’s a positive side to him. He can achieve positive goals.”

Following a trial, Hussain was found guilty of wounding with intent and affray.

Judge Lloyd added: “It’s been a traumatic experience for him and his family. He and his family will have to cope with the results of your actions for the rest of their lives.

“You didn’t care you were ignoring a court order and potentially putting innocent road users at risk. You were using public roads to continue this appalling behaviour.”

Waqas Hussain was jailed for 14 years and four months. He was also disqualified from driving for 12 years and two months.

Dhiren is a journalism graduate with a passion for gaming, watching films and sports. He also enjoys cooking from time to time. His motto is to “Live life one day at a time.”
Pakistani Stage actress Munza Multani Shot at by Gunman
Indian Mother and Daughter commit Suicide due to Dowry