The banking industry welcomes Baroness Vadera as she is set to become the first woman to chair a major bank in the UK in 2015. DESIblitz reports.

“Born in Uganda to a wealthy tea plantation Indian family, she was raised in India and the UK.”

Baroness Shriti Vadera will become the first woman to head a major bank in the UK from March 2015.

The former Labour minister of Indian origin has been appointed chairman of Santander UK, to work alongside the Spanish bank’s newly-appointed CEO Nathan Bostock.

Baroness Vadera will join as a joint deputy chairman in January 2015, before succeeding Lord Terence Burns as Santander UK’s non-executive chairman from 30 March 2015.

“Her deep expertise in UK and global economies as well as her banking experience add to her credentials as a strong, independent non-executive chairman.” 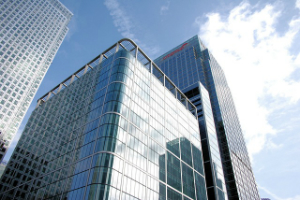 Lord Burns will retire after leading Santander UK in the past decade onto an impressive trajectory of growth to become the fifth largest retail bank in the country.

Commenting on his successor, Lord Burns said: “The thing that attracted us to Shriti is she has a fantastic understanding of the banking industry and the regulatory agenda.”

Upon taking up her new job which pays £650,000 per annum, Baroness Vadera will refrain from providing consultancy services. But she will remain on the board of directors of the London-listed BHP Billiton and AstraZeneca.

Ana Botin, chair of Banco Santander and a personal friend of the Baroness, said: “I know she is committed to building on our record as a scale challenger in British banking, and to our work to help people and businesses prosper.”

Sir Philip Hampton, chair of the Royal Bank of Scotland, believed Baroness Vadera’s background in politics and finance would benefit the bank and industry greatly.

He said: “She is very tough and very clever. The ease of movement between business and politics and regulation has become an increasingly important part of the role since the financial crisis. I think it is a very good appointment for the bank.”

Financial experts have speculated one of Baroness Vadera’s strategies at Santander UK is to build up small business lending and improve customer service.

These could be crucial steps for the bank to restore its reputation and regain public trust, after the financial crisis and a £12 million penalty in March 2014 for mis-selling investment products.

Experts will also watch closely as she is tasked with ensuring Santander UK follow the new requirement for all UK banks to ringfence their retail operations by 2019.

This will separate high street banks from running activities such as investment banking, so that both customers and the banks can be better protected in times of crisis. 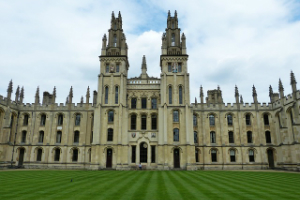 With an Oxford qualification and impressive record of achievements in the public and private sector, these will be welcome challenges for Baroness Vadera.

Born in Uganda to a wealthy tea plantation Indian family, she was raised in India and the UK, where she studied philosophy, politics and economics at the University of Oxford.

Sometimes known as ‘Gordon’s Representative on Earth’, Baroness Vadera was the UK Treasury adviser to former Prime Minister Gordon Brown during the financial crisis in 2008 and played a key role in the bank bailouts.

After setting up her consultancy firm in 2010, Baroness Vadera continued to make positive contributions to world economy.

According to the Financial Times, “she has advised the government of Dubai on the restructuring of Dubai World’s debt, Singapore’s investment fund Temasek on strategy, and Allied Irish Banks on the Irish banking crisis.”

In an industry where women are disproportionately represented at a senior level, Baroness Vadera’s appointment will bring hope and respect for fellow female talents.

Scarlett is an avid writer and pianist. Originally from Hong Kong, egg tart is her cure for homesickness. She loves music and film, enjoys travelling and watching sports. Her motto is “Take a leap, chase your dream, eat more cream.”
Winners of the Asian Professional Awards 2014
5 Things you should know as a Driver