5 Things you should know as a Driver

There are all sorts of urban myths about driving. It affects your daily lives whether you drive or not. DESIblitz reveals the facts behind the myths.

“Infrared cameras are already being used by the Hampshire police.”

You’ve passed your driving test and now love getting behind the wheel everyday.

Pretty soon you start to develop bad habits, and hear whispers about how to cheat a speed camera or get away with a parking fine.

But how much of what you hear is truth, and how much is fiction?

DESIblitz is here to expose the urban myths about driving.

1. There is no such thing as fake speed cameras 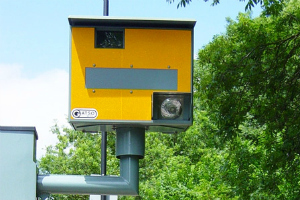 Think of the joy of not being flashed by the yellow box when driving above the limit. Well, joy no more.

According to two independent driver trainers, all speed cameras are fully operational. The reason they do not always catch you red-handed is because they take turn to monitor different roads.

Where road accidents are often observed, speed cameras are more likely to be active. But if you think a speed camera will never be switched on in a relatively accident-free area, think again.

Sometimes, no-flash can also lead to speeding fines if you have been caught by infrared cameras. They are already being used by the Hampshire police. Drivers can expect more on their way.

2. Using hands free mobile phones can put you behind bars in an accident 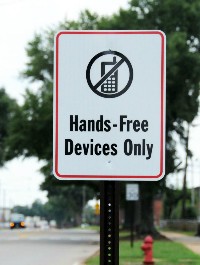 It is not illegal to use a hands-free mobile phone when driving. However, the driver can be sentenced to prison if such use is found to be the source of distraction and cause of road accidents.

In 2008, a lorry driver was jailed for four and a half years after he killed a man by running his HGV into the back of a van, while engaging in a 23-minute long phone conversation using Bluetooth.

While many new technologies allow us to make calls without having to touch our phones, it is proven to drastically reduce the driver’s concentration.

At best, you may hit the kerb or a tree. At worst, you will have to live with the guilt of causing fatalities for the rest of your life.

3. Your employer can be criminalised in a road accident involving company cars 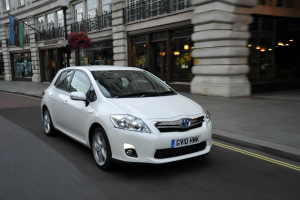 The Corporate Manslaughter and Corporate Homicide Act came into effect in April 2008 and applies to all types and sizes of businesses.

It encourages employers to implement health and safety policy and perform regular checks to minimise risks.

If they cannot prove duty of care in the event of an accident involving their employees and company vehicles, the court can impose jail sentence and an ‘unlimited fine’.

In 2013, two former partners of a haulier company were sentenced to a combined six and a half years for committing corporate manslaughter. One of their lorry drivers fell asleep and died in a collision with stationary traffic, as a result of being overworked.

An unnamed Vodafone employee has revealed that it is company policy that employees driving on the job must switch off all electronic devices and place them in the boot.

If this comes from a company that thrives on selling a multitude of mobile phones and broadband services, there is no reason other businesses cannot follow suit.

4. Going through a red light to make way for an ambulance is still an offence 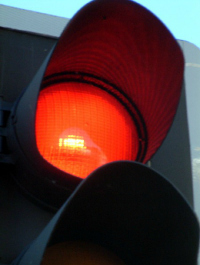 Our first instinct upon hearing a siren or seeing flashing lights is often to make way for emergency vehicles. Not very often do we remember road regulations still apply as normal.

Running a red light, mounting the kerb or driving at excessive speed in an attempt to give way to any emergency vehicles could be breaking the Highway Code.

Unless it is absolutely necessary or you have been signalled by the emergency staff to do so, the Sussex Police says the driver should “take any appropriate action to let it pass, but be careful not to contravene any traffic signs or rules of the road.”

But what if they cannot get through? The Sussex Police explains:

“Emergency vehicle drivers are specially trained and have exemptions to the law that you don’t have, so you must not go through red lights or speed to allow them to pass.”

5. The Highway Code is not just for learners 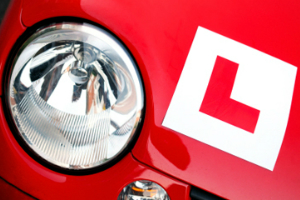 Still remember that little blue book? The one that you once studied day and night for a perfect Theory Test score, but now have no clue about the speed limit on the roads you travel every day?

You are not the only one who has not revisited the Highway Code since passing, or scraping through, their driving tests.

But did you know up to 10 revisions are written into the Highway Code every year?

Many of these are prompted by changes and advancements in our society, such as new vehicle models and modern lifestyle.

Without updating the regulations, our safety as drivers, passengers and pedestrians can hardly be guaranteed.

Road laws have been revised significantly since its first launch in 1931 and will continue to evolve. Indeed, the Highway Code is for everyone from 17 to 70.

The UK is one of the safest places to drive in the world, and 2013 saw its best year in road safety since national records began in 1926. Road death figures were at its lowest and serious or fatal injuries to children fell significantly by 13 per cent.

So there you have it; the myths of driving uncovered. Take care when on the road and be sure to shake off those bad driving habits!

Scarlett is an avid writer and pianist. Originally from Hong Kong, egg tart is her cure for homesickness. She loves music and film, enjoys travelling and watching sports. Her motto is “Take a leap, chase your dream, eat more cream.”
Shriti Vadera named Chair of Santander UK
Asians on New Year Honours List 2015