The Queen’s New Year Honours List for 2015 has been revealed, celebrating the contributions of British individuals to their country. DESIblitz explores some of the Asians who have also made the prestigious list.

Fauja Singh has been awarded a BEM for his services to both Sport and Charity.

The Prime Minister’s Recommendations for the New Year Honours List 2015 has been released featuring 1,164 names of British individuals.

These individuals are those that have contributed to all sectors of British life and society and have performed services at the very highest level.

Each year the number of British Asians commended for their contributions grows, and 2015 has seen a number of high profile names.

Of them include marathon runner and extraordinaire Fauja Singh who has been awarded a Medallist of the Order of the British Empire (BEM) for his services to both Sport and Charity.

The centenarian is the world’s oldest marathon runner and has been tirelessly fundraising for charitable causes for over two decades. 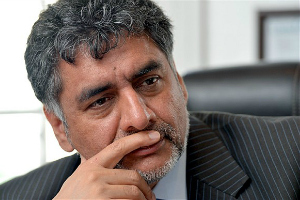 Also receiving CBE’s (Commanders of the Order of the British Empire) are James Caan for services to Entrepreneurship and Meera Syal MBE for her services to Drama and Literature.

Caan has also been recognised for his charitable services through the James Caan Foundation where he has raised significant funds for social enterprise.

Having left school at the age of 16, British Pakistani Caan began his own recruitment businesses and is now considered one of the wealthiest Asians in the UK.

He has contributed significantly to Pakistani areas plagued by natural disasters, and has even built a school to ensure that young poverty-stricken children can receive education. 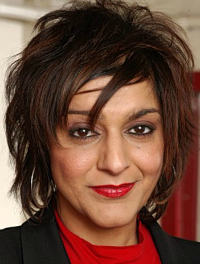 Meera Syal who is already a holder of an MBE has now received a CBE for her contribution to the arts.

Famous for her TV roles in Goodness Gracious Me and The Kumars at No. 42, the comedy actress has also scripted films and books which comment on British Asian identity.

Here are some of the British Asians and South Asians who have been recognised on the Queen’s New Year Honours List 2015.

The extensive names of British Asians and South Asians above showcase how much our Desi community is contributing to greater society.

Whether it be through the charity, social enterprise, health or education, British Asians are doing wonders for their country. Congratulations to all of the honoraries!

Aisha is an editor and a creative writer. Her passions include music, theatre, art and reading. Her motto is “Life is too short, so eat dessert first!”
5 Things you should know as a Driver
10 Worst New Year’s Resolutions