A jailed drug dealer used over £300,000 of laundered cash to fund his lavish lifestyle, which included designer clothes and cars.

Mahmood Hussain, aged 45, of Rochdale, has been jailed for a further two years for money laundering. The sentence will run concurrently with the drug dealer’s current jail term.

In 2019, he was jailed for 13 years for supplying heroin with a street value of over £6 million.

After being charged with those offences, specialist officers began looking into his financial affairs.

They discovered he owned no houses, earnt “very little” from three car businesses he owned and had virtually no money in his own bank accounts.

But at his home, designer clothes, handbags, shoes and jewellery worth thousands of pounds were found.

Officers also discovered that Hussain had funded deposits, home improvements and mortgage payments on two houses that were in the names of family members.

These included a walk-in wardrobe filled with designer goods, a jacuzzi bath and an illuminated stairway. 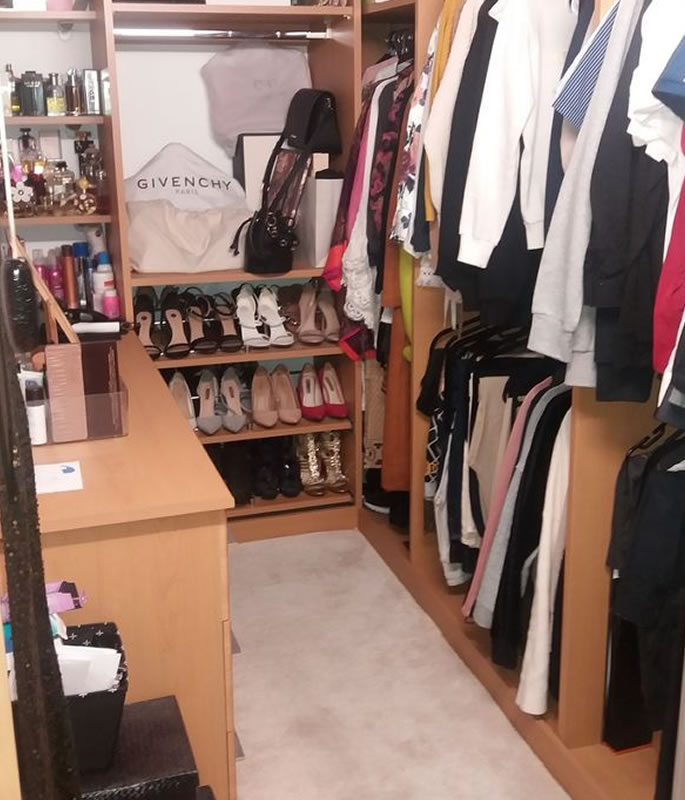 A VW and an Audi RS4 used by Hussain were also registered in other names.

He laundered a total of £336,000, all believed to have been gained through his drug dealing.

The drug dealer admitted three counts of money laundering and was jailed for two years.

Speaking after the case, the woman who oversaw the investigation said his crimes were an insult to those living honest lives and struggling to make ends meet during the current cost of living crisis.

“Hussain lived an extremely lavish life and lived in a renovated property that had clearly been modified thanks to the huge sums of cash he had through his career as a criminal drug dealer.

“This was a lengthy investigation that has taken two years to bring to the courts after months of meticulous scanning by the team who had to identify where the money was coming from and going to which can be an extremely complicated and long-winded task.

“We will continue to target those who cause the most harm in communities and investigate those who are living lavish lifestyles, funded by criminal means.

“With the current rising cost of living, targeting those who are living luxurious lifestyles funded by criminal means is especially important as those who don’t break the law are simply earning a living as best as they can.

“A Proceeds of Crime Act hearing will be held in due course.”

Dhiren is a journalism graduate with a passion for gaming, watching films and sports. He also enjoys cooking from time to time. His motto is to “Live life one day at a time.”
Why is Rishi Sunak’s Wife caught up in a Tax Row?
Imran Khan ousted as Prime Minister of Pakistan