Akib Khan, a 26-year-old man has been jailed following drug-related charges in Derbyshire. Upon the sentencing, Khan swore in the court.

"You were somebody who was some way up the chain and you obtained substantial commercial benefit from other people’s misery."

Aqib Khan, a local drug dealer of Normanton, Derbyshire, aged 26,  was sentenced yesterday. Khan was arrested after Police found him in possession of £10,000 cash in a Gucci bag.

Despite being unemployed during the time of the offences. Khan had expensive possessions and a taste for the designer materials in life.

This included his Audi, a 30k VW Golf, a Mercedes, Versace belts and pillows which were found in his home.

James Thomas of the prosecution stated that Khan had, “no record of employment or legitimate income” during the period of the offences, between January 2014 and December 2015.

Inferring the money had come from drug-related activities.

When Police questioned Khan about how this large sum of money came into his possession. Khan stated he was given the money to, “sort things out” for a wedding in which he was to be the best man. 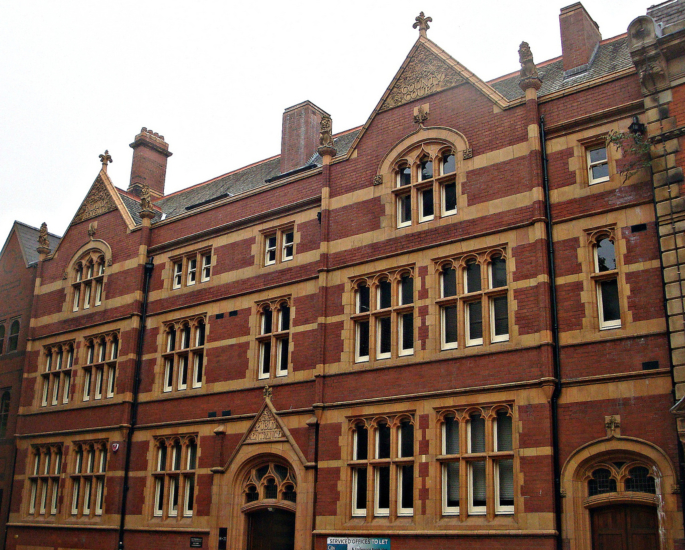 Thomas, who has prosecuted Khan on money laundering offences also stated, “He was also found in possession of a mobile phone. In his phone many of his contacts were sorted by name and location, which a drugs expert said was consistent with those who are involved with drug trafficking.”

Khan’s high calibre spending habits were further elaborated upon when it came to light Khan had spent money on the following: his VW Golf for £35,000, a deposit of £20,000 for a Mercedes, and  £2,000 for laser eye surgery.

These spending activities aroused police suspicion and while Khan was on bail in January for his money laundering offences the police searched his house.

An address in Whitaker Street, Derby, and found “heroin, cocaine, amphetamine and mamba” This led to Khan being arrested for the supply of class-a drugs such as heroin.

Khan himself has been sentenced to 5 and a half years in prison for his crimes. This despite his defence, Stephen Tettey said Khan had a “recognition of his responsibility” and the “impact of his behaviour” and cited “personal difficulties” in Khan’s life as reasons for his actions.

Recorder Adrian Reynolds said of Khan, “It’s absolutely clear that you derived substantial income. You were somebody who was some way up the chain and you obtained substantial commercial benefit from other people’s misery.”

Upon Recorder Reynolds made his closing remarks, Khan, who appeared in court via video link, swore at Reynolds before the monitor was switched off.

Khan was not the only British Pakistani man to be brought into court for this crime. Sheraz Ahmed, 24 years-old, of Clarence Road, Normanton also stood trial for drug-related offences.

It was suggested that Ahmed worked under Khan, that there was a hierarchy within this operation with Khan supplying the drugs and Ahmed delivering them. Ahmed being on a lower level to Khan but messages proved Ahmed was willingly involved in this.

Thomas also added, “The drugs expert indicated there was a clear hierarchy. with Khan effectively being the supplier and Ahmed dealing on his behalf.”

Robert Smith who was defending Ahmed protested that Ahmed had, “fallen under the spell” of Khan. That Ahmed was a young man of 21 at the time of the offences dating back to October 2015.

Recorder Renolyds said about Ahmed: “My instincts tell me you are not really a criminal, unlike Mr Khan.”

“I think you got involved in this as an easy way of making money while probably not appreciating how serious it was.”

However, Ahmed still received a two year suspended sentence, meaning he will not face jail personally, as long as he adheres to court-mandated restrictions and conditions.

Renolyds also said, “You have grown up, you are shocked at having been arrested and you do not pose any significant risk of re-offending.”

Both men plead guilty to the charges they faced. Khan was charged with two counts of used or possessed criminal property and one count of supplying heroin.