A married couple ran a Class A drugs operation in Rochdale, using the money made to fund their life of luxury.

A husband and wife have been jailed for drug dealing.

Police raided their home as part of a crackdown on turf wars between rival gangs in Rochdale.

Both rival gangs launched attacks on each other and “premises, cars and individuals” were targeted.

Hussain and Asghar were not accused of being involved in any of the violence but their home in Glen Morag Gardens was raided in December 2021.

Hussain was claiming Universal Credit, while Asghar told police she’d previously worked for the DWP and in corporate banking.

Prosecutor Jeremy Lasker said: “All of them, say the prosecution, are inconsistent with a man living on benefits.

Police also seized scales and a slate, which both had traces of drugs, large numbers of plastic bags and a kilo of cutting agent.

A Nokia phone which sent out messages advertising the ‘Sniper’ drugs line was also found.

A notebook gave police an indication of the dealing the couple were involved in, showing they received at least £34,000 in income from their racket over a six-week period.

The drug dealers were arrested.

Hussain denied being involved in organised crime. Asghar said she’d been in a relationship with Hussain for two years, and said she knew he was unemployed but “didn’t know where he got his money from”.

She said she’d previously worked at the DWP earning up to £1,800 a month and before that had worked in corporate banking. 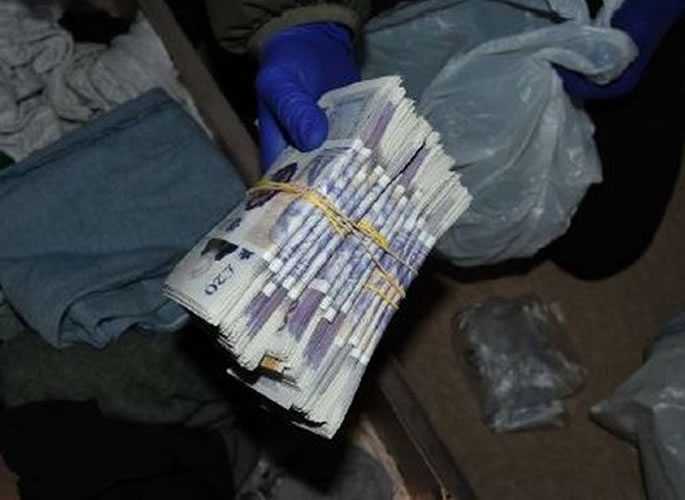 Hussain was remanded in custody, but Asghar was released on bail and went to live with family in Bury.

In March 2022, police visited the property in Brierley Street and seized a “substantial” amount of cocaine and heroin, as well as almost £15,000 in cash.

Asghar told police that when her husband was remanded in custody, she was told that “money was owed” and she “felt she had no choice” to take on the drug dealing operation.

Hussain admitted possessing criminal property, and two counts of being concerned in the supply of Class A drugs.

Defending Asghar, Gerard Doran said she had received threats and acted out of “misguided loyalty to her husband”.

He added that she is genuinely remorseful and her actions were “out of character”.

“You Rashid Hussain are a long-standing dealer in Class A drugs, it seems to me for a period of approximately 15 years you have been engaged in dealing in heroin and cocaine as a business.

“You to a certain extent enjoyed a reasonable lifestyle as a consequence of your dealing in drugs.”

“You Ms Asghar were the wife of Rashid Hussain, I accept that to a not insignificant extent you were influenced by your husband, but you knew the type of man he was.

“You in effect continued his business or at least participated in what had been his business.”