The BFI premiere of ‘The Peanut Butter Falcon’ took place on October 3, 2019, and it was attended by burlesque artist and activist Sukki Singapora.

"The Peanut Butter Falcon is more than a movie, it's a movement."

Renowned burlesque artist and activist Sukki Singapora came out to support the BFI premiere of the comedy-drama adventure The Peanut Butter Falcon in London.

She attended the event in a vibrant pink floral outfit complete with gold strappy heels.

Sukki is recognised for her lavish burlesque performances and costumes, which she intertwines with a Desi-influenced style.

Although Sukki is a famous burlesque artist, it is her activism which has gained a large following. She noted the taboos surrounding burlesque and has worked to change that.

Sukki’s work as a role model for Asian men and women in the Arts saw her nominated for London’s Asian Women of Achievement Awards where she was praised by the former Prime Minister’s leading lady Cherie Blair and BBC correspondent Reeta Chakrabarti.

In recognition of her contribution to the Arts as an Asian role model, Sukki received a Royal Invitation to Buckingham Palace.

As a result, she became the first burlesque artist in the world to be invited by the Royals, cementing her position as one of the world’s most trailblazing burlesque performers.

Sukki travels the world both as an artist and a global ambassador for The Sharan Project, a charity providing support for women who have been disowned, forced into marriage or are vulnerable.

On October 3, 2019, Sukki attended the premiere of The Peanut Butter Falcon and is proud to be supporting the film.

“A huge pleasure supporting a film by those I love for a cause I love on the @BFI LOVE GALA night! If you’ve not yet seen @tpbfalcon I’ll forgive you just this once… now what are you waiting for!? Go see it!” 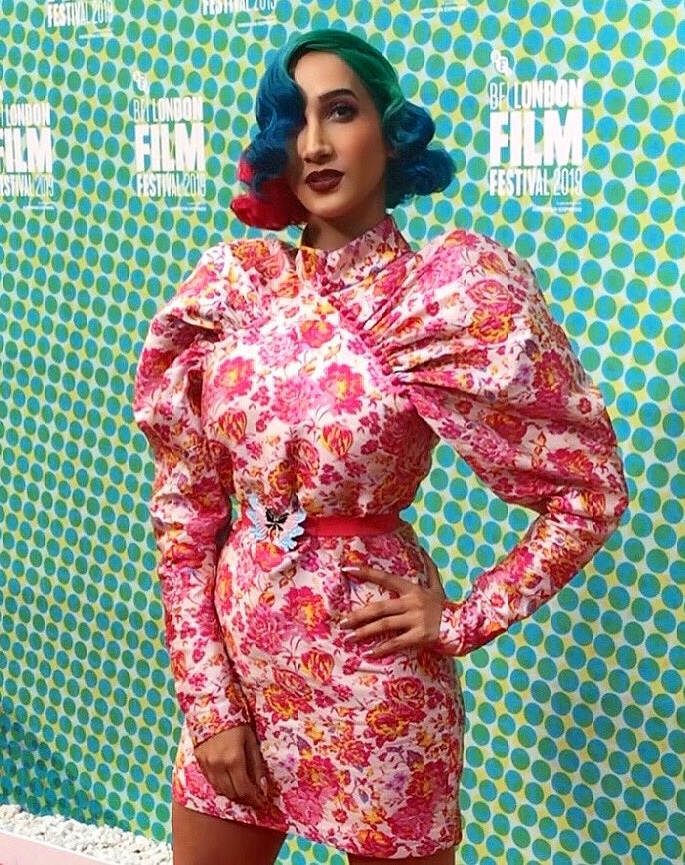 The Peanut Butter Falcon is the first feature-length narrative by directors Tyler Nilson and Michael Schwartz.

It tells the story of Zak (Gottsagen), a 22-year-old with Down’s Syndrome living in a nursing home in North Carolina.

Despite his friendships with the elderly residents and a close relationship with his caretaker Eleanor (Johnson), Zak wants to explore the world.

He dreams of becoming a wrestler and attending the wrestling school of his hero Saltwater Redneck (Haden Church).

Zak comes with escape plans with the help of his roommate Carl (Dern) but one late-night escape attempt results in Zak getting on a boat which is later stolen by Tyler (LaBeouf).

Tyler is first annoyed but he gradually befriends and aides Zak on a journey to Saltwater Redneck’s wrestling school.

In what has been called a modern Mark Twain-style adventure story, The Peanut Butter Falcon has already received positive reviews especially when it comes to the acting performances.

Shia LaBeouf masterfully plays the surly loner whose stern exterior slowly chips away as he becomes friends with Zak.

Zack Gottsagen’s performance is empowering as he highlights the humour so many people with Down’s Syndrome possess while letting the audience know that having a disability does not always mean a person is helpless. 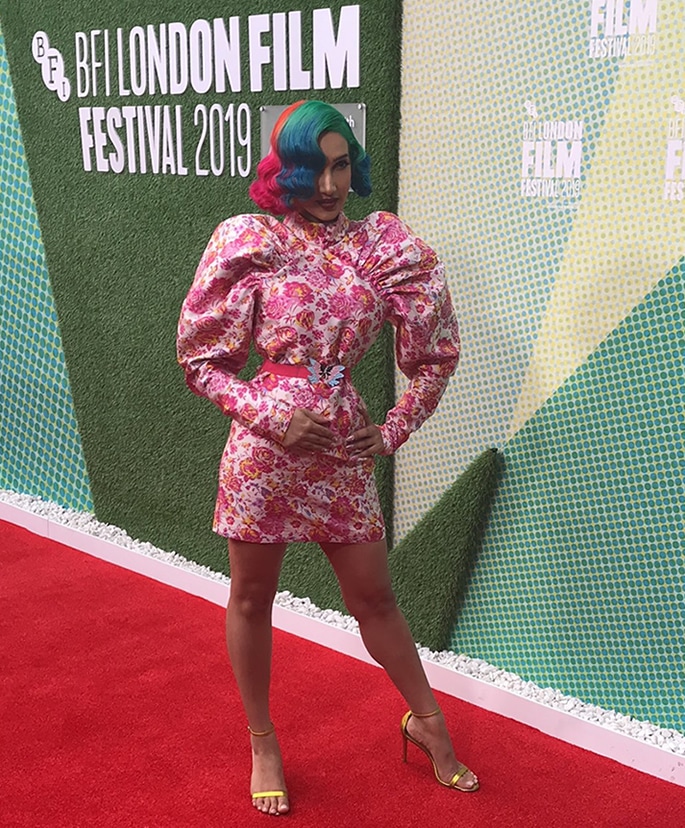 “It really was a pleasure to celebrate a film by people I hold dear for causes I hold dear.

“The Peanut Butter Falcon is more than a movie, it’s a movement.

“A movement of love, inclusivity and talent. It oozes genuine heart.

“Zachary Gottsagen is just incredible, and his passion absolutely shines through.”

“One of those films that you undoubtedly know is going to be remembered for making a difference, not just for the global Down’s Syndrome community, but for anyone who feels like their voice can’t be heard – it can, and should.

“I couldn’t help but feel proud to see this labour of love come to life. Even more so because I know how much it genuinely means to those involved.

“I hope you fall in love as much as I have!”

Also in attendance was celebrity photographer Rachel Sherlock who is the official photographer of Sukki Singapora. She is also an ambassador for The Sharan Project. 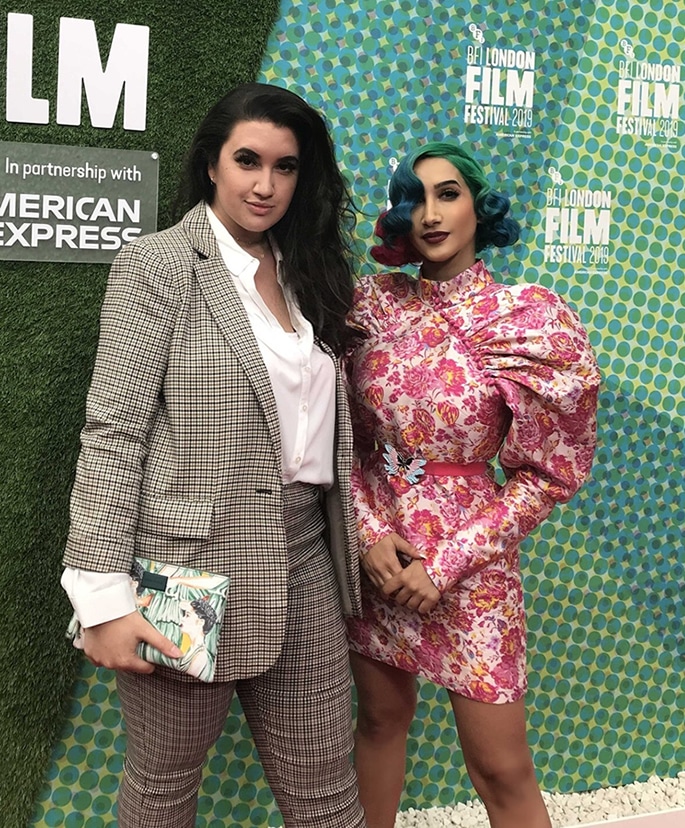 At the BFI premiere, Shia explained that he has “adopted a lot of his self-love and his confidence” since bonding with Zack Gottsagen in 2017.

“And I would run to alcohol. I just hated myself. Just a big self-hater.”

He went on to say that his bond with Gottsagen has helped him become sober after an extended period of drinking.

Shia added: “He knows about my pain intimately. We’d be sitting there watching wrestling every night. He’d be eating ice cream. I’d be drinking gin. I’d tell him, ‘You gotta stop eating all that ice cream.’ He’d say, ‘You gotta stop drinking that gin.’

“This man’s a year older than me. He’s been acting longer than me and he’s healthier than I am. He has more friends than I have, has longer lasting loving relationships.” 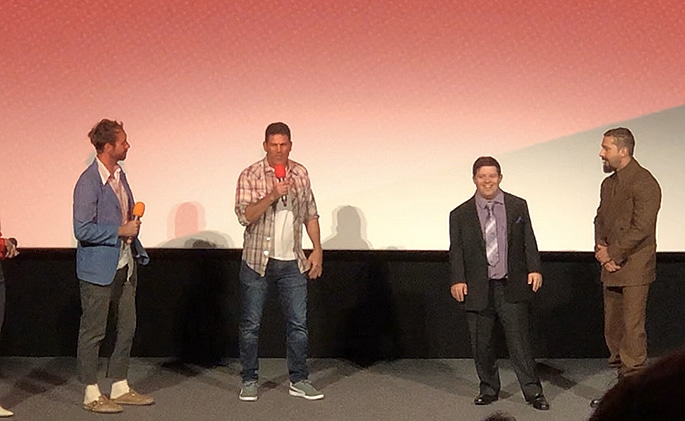 As well as the main cast, The Peanut Butter Falcon also features appearances from wrestling legends Mick Foley and Jake ‘The Snake’ Roberts.

Watch the Trailer for The Peanut Butter Falcon 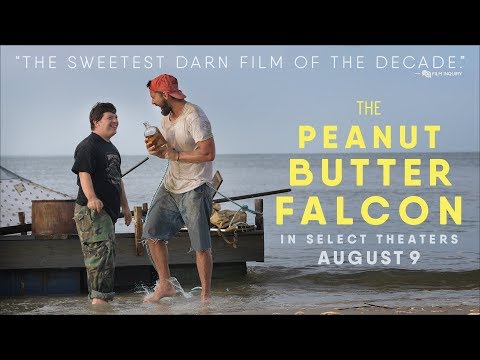