Why Peanut Butter is Good For You

First made in America, peanut butter is on the rise in the UK; DESIblitz finds the different types available, and discusses how nutritious this nutty spread really is.

A tasty treat for any time of day, peanut butter has many glorious qualities.

Already a firm favourite with our cousins across the pond, sales for peanut butter have surged in the past four years in the U.K.

The snack has become a popular choice due to new marketing campaigns and Brits trying new products whilst cooking at home in the attempt to cut costs during the recession.

DESIBlitz takes a closer look at the nutritional value of peanut butter and debates whether our love for this traditional American staple will stand the test of time or most likely be a passing trend.

Popularity in America – Moving to the UK 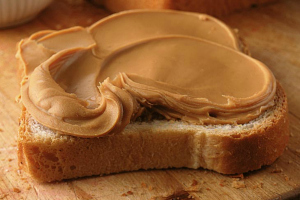 Peanut butter originated in the 1890s in response to the American elite’s request of a protein rich food that did not have to be chewed.

The first mass production of peanut butter began in the 1920s and rose during World War II. Today, peanut butter is found in 91 per cent of American households and they spend as much on peanut butter as on regular butter.

In 2012 market analysts Mintel reported that the UK had spent more than £1 million a week on peanut butter: a record high. It has become a staple at the breakfast table and become more popular than British old-time favourites, jam and marmalade.

However our likeness will never compare to the insatiable appetite that Americans have for the nutty spread.

Peanut butter is found in 91 per cent of American households and they spend the equivalent on peanut butter as they do on regular butter.

Why People Love it/Hate it 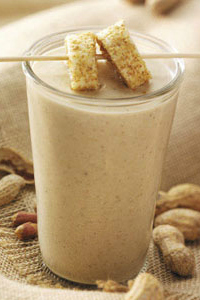 Many people in the UK, from families to fitness fanatics, have become aware of the many health qualities of peanut butter. It is a relatively unprocessed food and a fairly balanced source of energy.

A 100g of peanut butter contains 20g of carbohydrates, 25g of protein and 50g of fat (only 20per cent is of the saturated kind).

Cyril Kendall PHD, researcher of nutritional science at University of Toronto commends it for its source of ‘healthy unsaturated fats and protein.’

He recommends the protein rich treat as an ideal post-workout snack by using it as a dip for celery and carrot sticks or apple and banana slices. Another popular way is to add peanut butter to make a delicious smoothie.

Even though there are health benefits, some people are wary of the high calorie count. A 100g portion contains 588 calories and calorie for calorie, peanut butter is not as nutritious as dark green vegetables such as broccoli or spinach.

Plus 30 per cent of fatty acids in peanut butter are the overly consumed omega 6 fatty acid kind and not omega 3, which we commonly lack in our diets.

It is also not rich in essential amino acids like lysine so adding protein rich animal foods like meat or cheese will help to make full use of the protein.

Surprisingly, peanut butter does not actually contain any nuts (the peanut is a legume) or butter (the peanuts are mixed with oil.) However the following are the various types of peanut butter that you can buy and make yourself:

This is the variety that you will most likely find on the shelves in supermarkets. The law requires that it must contain 90 per cent or more peanuts with no artificial sweeteners, colours or preservatives.

However, food manufacturers are still able to add sugar, salt and stabilisers, including hydrogenated oil, to the peanut butter.

A requirement of natural peanut butter is that it should contain 100 per cent peanuts, which can include salt and peanut oil to form the mixture. As there is no hydrogenated oil to keep the mixture together as a type of glue, the oil tends to separate from the peanuts and must be stirred back together when used.

Storing jars upside in the refrigerator is a way of preventing the oil from separating from the mixture.

Spreads only contain 60per cent of actual peanut butter so be aware of the added ingredients by reading the jar’s label carefully. 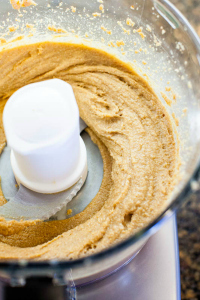 Anyone can easily make homemade peanut butter and be safe in the knowledge of which ingredients you have added to the mixture. You will need:

Blend the peanuts with the salt and peanut oil until it produces your preferred consistency – chunky or smooth.

Peanut butter is a cheap nutritious source of fuel and a healthy choice when you need a filling snack. However it should be enjoyed in moderation, and you should ensure that you purchase or make it with no added sugar or salt.

There are many organic varieties now on the shelf and if you enjoy peanut butter why not try its close relatives, almond, hazelnut or cashew butter?

Clare is a History Graduate who writes about important current issues. She enjoys learning about being healthy, playing the piano and reading as knowledge definitely is power. Her motto is 'Treat every second in your life as holy.'
FHM India Sexiest Women List 2014
The Importance of a Healthy Breakfast