FHM India 100 Sexiest women celebrates the most glamourous beauties from Bollywood and Hollywood. With Katrina holding tightly on her crown for 2013, we can reveal there is a new ‘Sexiest Woman’ in town. Find out who here.

In 2013, it was Katrina Kaif who topped the list as being FHM India’s Sexiest woman.

FHM India have finally announced their much awaited 100 Sexiest Women of 2014 as voted by readers.

Last year it was the Bollywood beauty Katrina Kaif who topped the list as being FHM India’s Sexiest woman. But now her reign has been toppled by actress and superstar, Deepika Padukone. 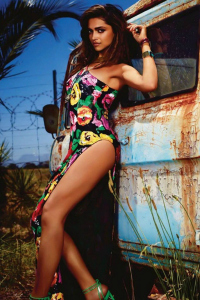 Dips has claimed her rightful place as the Queen of Bollywood, and with her incredible talent on-screen.

She has mesmerised audiences with her roles in Yeh Jawaani Hai Deewani, Chennai Express, Race 2, Cocktail and Goliyon Ki Raasleela Ram-Leela – all back to back hits. Her midas touch has turned all her films into blockbuster gold.

Deepika was followed very closely by the multi-talented Priyanka Chopra who has gone international with both her acting and her music career, also becoming the stunning new face of Guess – traditionally held by Western beauties.

Katrina, who is clearly facing fierce competition from her peers, had to make do with number 3. Katrina who is now reportedly tied with Deepika’s ex Ranbir Kapoor, had the biggest film of 2013 with Dhoom 3. Katrina returns to the big screen alongside the newly separated Hrithik Roshan in Bang Bang later in the year.

FHM India Sexiest Women List 2014 has a wonderful mix of beautiful, sexy and talented women across the spectrum of acting, sports and celebrity modelling. With some surprises and many welcomed entries of gorgeous women. 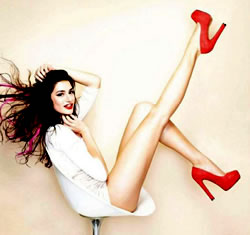 Nargis Fakhri (described as ‘beauty with brains and hot legs’) and Shruti Haasan round up the top 5 – while still trying to make their name in Bollywood, it is clear that their sex appeal has attracted welcome attention from Indian FHM readers.

Interestingly, Kaley Cuoco is the highest ranking Western beauty to make FHM India at number 9. Known primarily for the popular The Big Bang Theory, Kayley has become a sex icon in the west and the east.

All of these women ooze glamour, beauty and the perfect amount of sex appeal.

With our favourite Bollywood heroines vying for the top spot, Deepika Padukone has proved that she can top any list she enters, and fans just can’t get enough of her!

Will the Bollywood Queen be able to keep her title next year? Let’s see! But for now do admire some of these gorgeous women who are on the FHM Sexiest Women list for 2014!

Aisha an English literature graduate, is a keen editorial writer. She adores reading, theatre, and anything arts related. She is a creative soul and is always reinventing herself. Her motto is: “Life is too short, so eat dessert first!”
Dos and Don’ts of Bridal Make-Up
Why Peanut Butter is Good For You