War starring Hrithik Roshan and Tiger Shroff has surpassed the Rs 120 crore mark and is the highest-earning Bollywood film for first day collection.

"That hope paid off more than expected"

Hrithik Roshan and Tiger Shroff are basking in the success of War (2019) as the film collected more than Rs 100 crores.

This is the first time the Bollywood actors have collaborated and they have gone on to break records.

On the first day, War was recorded to have collected Rs 53.35 crores, breaking the record for any Bollywood film.

Across a four-day collection, War has accumulated around Rs 123.60 crores.

As a result of this amazing success, an additional 200 screens have been added for War.

The screen count has reached 4000 in Hindi, Tamil and Telugu. War has also been receiving praise in South India, despite a battle from Sye Raa Narasimha Reddy. 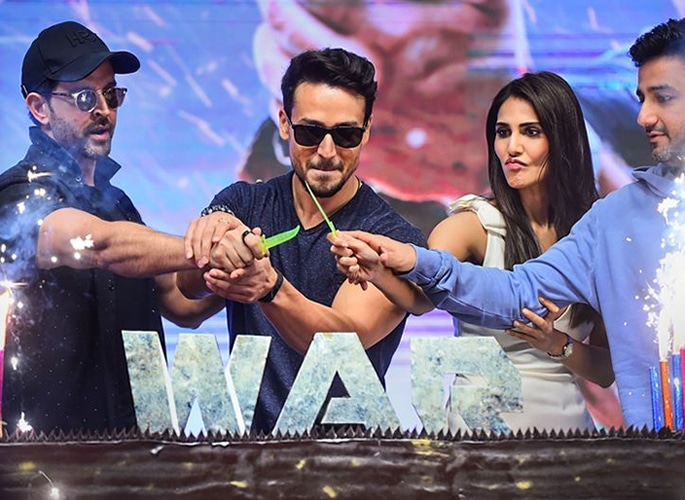 On October 4, 2019, at an event to celebrate the success of War Tiger shared his inspiration. According to Gulf News he stated:

“I enjoy doing action films. Today, whatever I have achieved is because of the films I have done, primarily the action films.

Alongside him were his co-stars Hrithik and Vaani Kapoor as well as the film’s director Siddharth Anand.

He continued to talk about being labelled as an action hero:

“Currently, my peers are doing such amazing work, so how does one create an identity for oneself? I just want to create my own identity. When people identify me as an action hero, for me that’s more than enough.”

Previously, Tiger has starred in various action films. These include:

He will be seen again on the big screen in the third instalment of the Baaghi franchise; Baaghi 3 alongside Shraddha Kapoor.

Audiences will also get to see Tiger in the Bollywood remake of the Hollywood favourite Rambo (1982). This film will certainly allow Tiger to flourish as an action star. 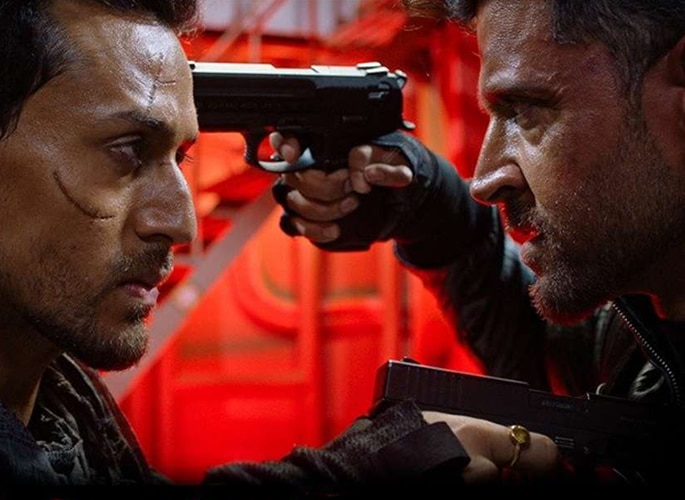 For Hrithik, he has been enjoying the back-to-back success of Super 30 and War. He has mentioned how this has encouraged him:

“I would like to say thank you very much. I think I am fortunate that I have done films that have empowered me.

“I’ve felt so much love and passion for both films. After this, I feel very encouraged. From now on, I will set my benchmark even higher.”

He went on to praise Tiger for being his partner in crime:

“I think to pull off two-hero films, you really need two people who have real and honest admiration and love for each other.

“If not, the director is dead.”

“As far as Tiger Shroff goes, I genuinely feel so much love and so much admiration for the person and the actor he is. I don’t think the film would have been possible without this.”

Hrithik went further to explain how he did not consider box office expectations. He said:

“So, I don’t think I had thought about expectations or the box office collection when we were making the film. It was just about doing our best shot.

“Once the film was completed, that is when hope started to build up. That hope paid off more than expected, into success and celebration.”

Rakesh Roshan is a Proud Father

Hrithik Roshan’s father, filmmaker Rakesh Roshan, congratulated the team on their well-deserved success. According to Pinkvilla, he stated:

“War has been designed to showcase the two heroes’ strength and style and they have 100 per cent achieved their goal of hitting the bull’s eye with conviction. Congrats to the team of War and Yash Raj Films.”

Rakesh continued to shower praise on his son’s portrayal of characters. He said:

“I am proud of Hrithik as he justifies a variety of characters he has played in all his films with utmost conviction. He never looks unsuited to any of his portrayals.

“In fact, he enhances each performance to surprise all. No actor in a short span has given such varied roles.”

What does the Future Hold?

Due to all the achievement and appreciation of the film has received a question arises: will there be a sequel? In response Siddharth Anand said:

“It’s too early to talk about it, but I definitely had an idea to convert this into a franchise. We were waiting for the audience reaction to the film.

“Now, I am feeling that it’s an audience demand more than our desire.”

“We will soon sit together to decide our future course of action.”

War has been a raging triumph with both critics and audiences alike.

The film is the highest-grossing Bollywood film on its first day and has been released in the United Arab Emirates.

We are sure figures will continue to rise as audiences carry on flooding cinema theatres.