The Apprentice’s Lottie Lion in Race Row for ‘Shut up, Gandhi’

BBC’s The Apprentice has been plunged into a race row after candidate Lottie Lion told an Asian contestant “Shut up, Gandhi”.

The Apprentice contestant Lottie Lion has been embroiled in a race row after she told Lubna Farhan to “Shut up, Gandhi”.

The comments were made by the 19-year-old towards Lubna, a British Asian contestant on the show.

Lottie made the comments on a WhatsApp group that was created by candidates after filming ended.

Lottie has been accused of bullying 33-year-old Lubna, whose parents are from Pakistan.

The pair were seen clashing on the first episode but now it was revealed that Lottie made the racist comments towards Lubna, as well as threatening her with violence.

The row had started after Lottie claimed she had never spoken to a black person before. Lubna then responded with a picture of Lottie with a friend, along with the message:

“I thought she had never met a ‘black person’.”

The aspiring businesswoman then replied:

Contestants are provided with the training before the show is aired.

Lottie added: “Lubna, I f****** swear if you disrespect me again I will f*** you up, you embarrassing failure of a businesswoman.”

Lottie then urged Lubna to publicly apologise and on the chat which led to Lubna calling Lottie “characterless”.

This prompted Lottie to say: “Shut up Gandhi that doesn’t even make sense.” 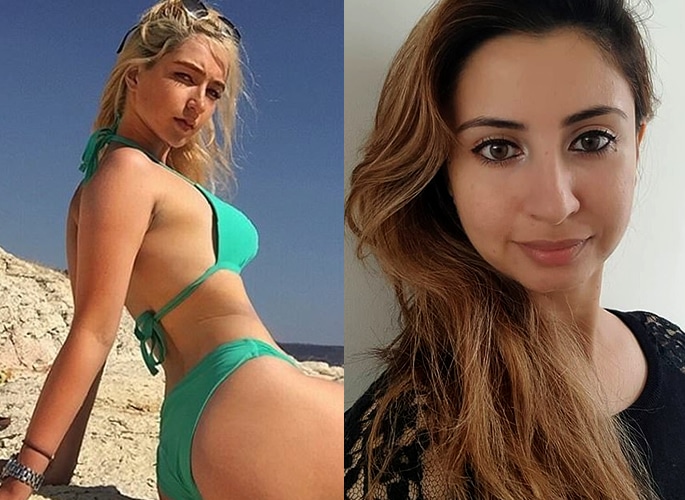 A source explained that they understood that the pair did not get along but described the exchange as “shocking”.

“Lottie and Lubna did not get on but this was shocking. It was clearly a racist remark. No one said anything including Lubna, who ignored it and rose above it.

“But it is a pretty stupid thing to say on a group chat. It is way below the belt.”

“This is not a good look for Lottie. It may make it difficult for Lottie to get other work if this is deemed a racial insult.”

During the first episode on October 2, 2019, the pair were in South Africa, where they had to pitch ideas for a wine tasting tour.

After the first episode aired and after the WhatsApp chat escalated, it was reported that Lottie sent Lubna some private messages.

One source said that Lubna felt “threatened and bullied” by Lottie and decided to screenshot the messages.

According to the Mirror, Lottie Lion dismissed the messages as a joke.

She said: “I appreciate the messages sent between myself and Lubna could come across as offensive but they were intended as a joke and no offence was meant by them.

“With no context, I ask individuals not to make judgment. I wish Lubna the best and think she’s an intelligent businesswoman with a fantastic future.”

Dhiren is a journalism graduate with a passion for gaming, watching films and sports. He also enjoys cooking from time to time. His motto is to “Live life one day at a time.”
Hrithik & Tiger’s WAR rages on passing Rs 120 Crores
Boney Kapoor and Daughter Janhvi to Work Together?