Dev Patel has been nominated for an Oscar, for his role in the film Lion, which is based on a true story. The British Asian actor is garnering recognition.

Dev Patel has been nominated for an Oscar for his performance in the film Lion.

The 26-year-old British Asian actor was amongst the nominations for ‘Best Supporting Role’ at the 89th Academy Awards.

The film he stars in, Lion is up for ‘Best Picture’. The nominations for the Oscars 2017 were announced on 24th January 2017.

Dev Patel plays Saroo Brierley in Lion. The film is based on a true story, and a novel that was written by Saroo Brierley himself, Lion tells the story of a young man attempting to find his roots. 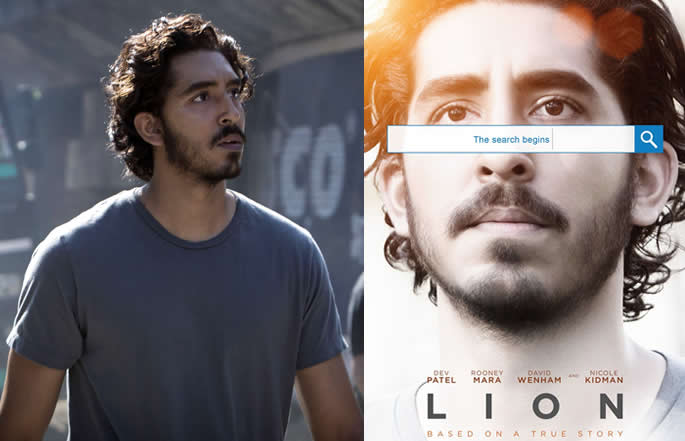 Co-starring alongside Nicole Kidman, Patel’s character is adopted by Kidman after getting lost in Kalkota. The film then follows his journey as he struggles to find his identity and trace his traditional lineage back to India.

The film has already received praise for its artistry and creating an emotional drama.

According to Bollywood Life, Dev’s mum was ecstatic at his Oscar nomination. Dev told The Hollywood Reporter:

“I just talked to my mum in London and she is screaming and crying and people are looking into her office to see what’s wrong.

“These nominations only mean we will get more butts in the seats for a movie that talks about something that is very important — those lost children on the streets on India,” Dev said.

Dev Patel was also nominated at the Golden Globes for his role in the film. He was nominated ‘Best Supporting Actor’ but lost out to Aaron Taylor-Johnson for Nocturnal Animals. Patel has also received a BAFTA nomination for his role.

“I would be lying if I say that awards are not amazing. Awards can really change someone’s career. You get recognition. You might get scripts that you didn’t get earlier. But I never took up a project thinking about a golden statue.”

The Indian origin actor first made his screen debut in British drama Skins (2007-08). His big break came when he played the role of Jamal Malik in the hugely successful Slumdog Millionaire.

Patel’s role in Slumdog Millionaire earned him several nominations, including the Screen Actors Guild Award for ‘Outstanding Performance by a Male Actor in a Supporting Role’. He was also nominated for a BAFTA Award for ‘Best Actor in a Lead Role’.

View the full list of nominees for the 89th Academy Awards 2017 here:

Nominations in the BEST DOCUMENTARY FEATURE category
Fire at Sea
I Am Not Your Negro
Life Animated
OJ: Made in America
13th

The Oscars will take place on 26th February 2017. Good luck to Dev Patel and Lion!