Rakesh Roshan’s ‘Kaabil’ has been keenly awaited and has released alongside Raees. DESIblitz reviews the latest Hrithik Roshan action-thriller!

Kaabil has been keenly awaited. Not only is it the latest Rakesh Roshan production since Krrish 3 in 2013. It unites Hrithik Roshan and Vicky Donor star, Yami Gautam for the first time.

One fateful day, his life is turned upside down after a terrible tragedy. This makes him immensely vengeful. Despite being visually impaired, he makes sure that he becomes “Kaabil” (capable) of serving justice – by hook or crook.

Well, what is also interesting is the fact that it clashes with Shahrukh Khan’s Raees. So, how good is this Sanjay Gupta vigilante film? DESIblitz reviews Kaabil!

Rakesh Roshan always highlights that even those with disabilities are just as capable of fighting back against the evils of society.

In Koyla, it was the inability to speak, while in Koi Mil Gaya, the main protagonist suffers from an intellectual disability. Yet both central characters rose above this to prevail justice.

This theme is prominent in Kaabil and is quite poignant. The fact that the central characters are visually impaired, reflects on how blind justice can also be in today’s society. The concept of a blind man fighting against sheer injustice is novel and thought-provoking. 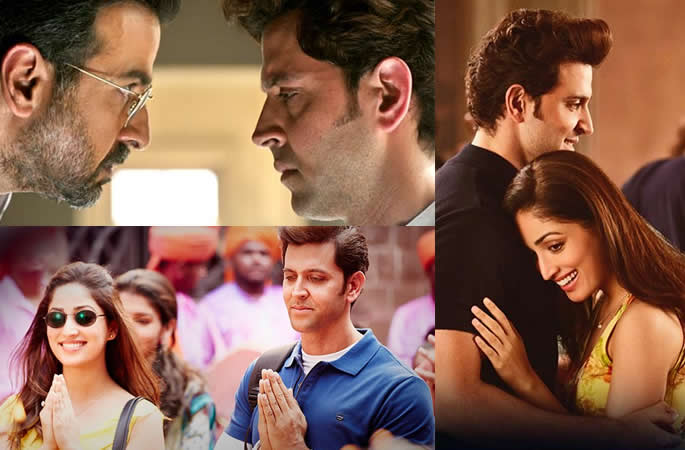 It isn’t the story which is solely thought-provoking, as the dialogues delivered by Hrithik Roshan call for Seetis and applauses in the cinema hall. One, in particular, is when he tells the inspector:

“There’s more darkness in your law and order, than there is in our lives.”

Both of these films share one subject in common, which is to combat against the iniquitous and present the truth. As a director, Gupta gets all the right ingredients to make a film which informs, educates and entertains the audience.

There are moments which enrage you, make you laugh and compel you to think. This could easily be one of his best works, despite a few minor glitches.

Of course, a fine concept and direction are incomplete without stellar performances. The fresh factor of Kaabil is the fact that both Hrithik Roshan and Yami Gautam essay the roles of visually impaired people for the first time in their careers. As such, their chemistry is incredibly endearing.

To begin with, Hrithik Roshan packs a punch with his performance. Roshan is fierce, fiery and furious plus it seems like he has returned to his element.

He essays the role of Rohan Bhatnagar with full conviction. Plus, it isn’t easy to execute action sequences and stunts whilst playing the character of someone who is unable to see. Furthermore, his impersonation skills are remarkable. Welcome back Duggu!

Suchitra Bhatnagar is essayed by Yami Gautam. Her role is one which requires maturity and sensibility and Gautam possesses both of these values. Her soft-spoken nature will make you want to embrace her and weep. Undoubtedly, she does very well.

In terms of her filmy journey, it’s quite interesting to see how mainly her co-actors seek vengeance for her. Remember Badlapur with Varun Dhawan?

Rohit and Ronit Roy are a lethal combination – quite literally. Firstly, Ronit Roy plays Madhavrao Shellar a wealthy and powerful legislator, of Marathi descent. The scariest point about this character is his supposedly righteous and respectful demeanour.

Ronit Roy is a natural actor and shines as the antagonist in this vigilante flick. Watch out for the scene when he first meets Roshan, because you will detest him! 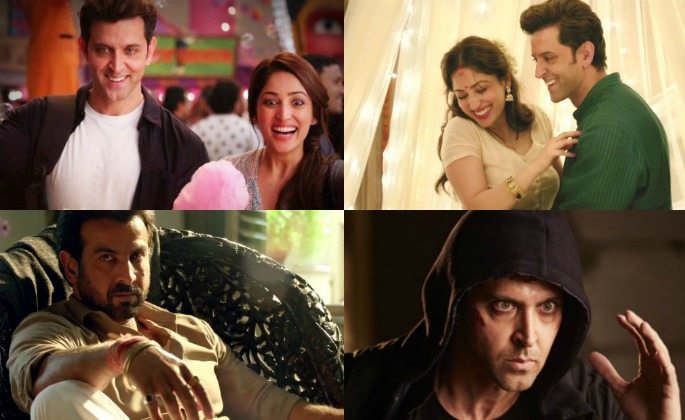 If you thought Roy’s character was evil, meet Amit Shellar – the spoilt and scoundrel younger brother of Madhavrao. This has been essayed by Ronit’s real-life sibling, Rohit Roy. With a negative character like Amit, it’s so easy for an actor to go overboard and become melodramatic. However, Roy is very subtle. It is this simplicity which angers the audience and makes you scream at the screen!

Suresh Menon appears as Zafar – a dear friend of Rohan. It is quite different to see Menon portray a role which also has quite a serious side. He does a good job too.

In addition to the performances, Rajesh Roshan’s music is another plus point for the film. The music of Kaabil is very loveable.

The title-track, ‘Kaabil Hoon’ which is sung by Jubin Nautiyal and Palak Muchhal, is catchy and fits well with the youth of today. It haunts you and is so catchy. ‘Mon Amour’ is a Spanish carnival track which has a celebratory tone to it. Vishal Dadlani is the perfect vocalist for the song.

The remixes are also quite decent. ‘Kisi Se Pyaar Ho Jaaye’ (from ‘Dil Kya Kare’ ~ Julie, 1975) has been sung by Jubin Nautiyal, once again. He does a decent job at the main vocals, one wishes that this was included in the film. ‘Haseeno Ka Deewana’ (from ‘Saara Zamaana’ ~ Yaarana, 1981) is crooned by Payal Dev. Whilst Urvashi Rautela sizzles in this song, it was quite unnecessary! Salim-Sulaiman’s background score is intriguing as always.

Any glitches? Surprisingly, not many. In fact, there are hardly any major negative points. Having said that, the second half could have been equally pacy as the first. But considering that the duration is roughly 139 minutes, one remains glued to their seat throughout the film.

Overall, Kaabil has several unique factors about it. The fact that it shows two visually impaired people falling in love, and one fighting against crime is an inspiring concept.

Moreover, Hrithik Roshan and Yami Gautam give their best performances to date. So, do not miss this one. Strongly recommended!

Anuj is a journalism graduate. His passion is in Film, Television, dancing, acting and presenting. His ambition is to become a movie critic and host his own talk show. His motto is: "Believe you can and you're halfway there."
Dev Patel and Lion nominated for Oscars 2017
Priyanka Chopra looks Hot in New Baywatch Poster