Rakesh Roshan is one of the renowned filmmakers of Hindi Cinema. Celebrating the success of ‘Kaabil’, DESIblitz plays a tribute to the veteran!

Rakesh Roshan is one of the golden directors of Hindi cinema. It is also very touching to see how his son, Hrithik Roshan, is cast in main roles.

Each of his movies underlines the themes of an underdog, who overcomes the realms and injustices of society.

As such, the dialogues and music (which have all been composed by brother Rajesh Roshan) have truly become iconic.

Following the positive reception of Kaabil (2017) from critics and audiences, DESIblitz pays a tribute to Rakesh Roshan’s outstanding contribution to Indian cinema. 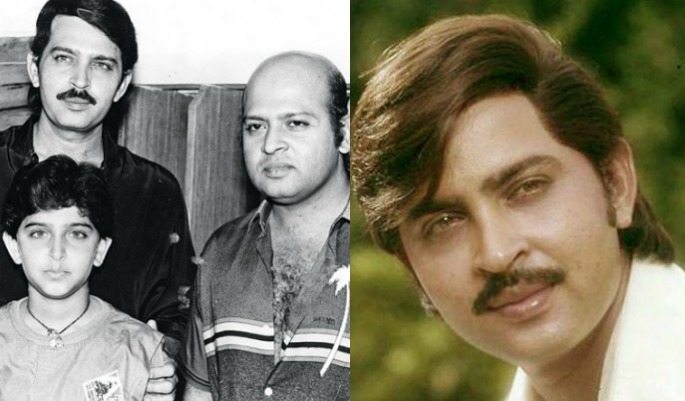 Rakesh Roshan was born on 6th September 1949, in Mumbai. His father, Roshan Lal Nagrath, was a music director, and composed songs for films like Barsaat Ki Raat (1960) and Taj Mahal (1963).

After the passing of Mr Roshan’s father, he decided to assist HS Rawail, who at that time was directing Sunghursh (1968), which starred Dilip Kumar in the lead role.

Following which, he assisted Mohan Kumar in two films. Both which starred family friend, Rajendra Kumar. Post a conversation with Mr Kumar, Rakeshji expressed his wish on becoming an actor.

It was at the age of 21, Rakesh Roshan got his first two roles. As of 2017, he has appeared in approximately 46 films.

He made his debut in 1970 with the drama, Ghar Ghar Ki Kahani. Throughout his acting career, he rarely played the lead role. 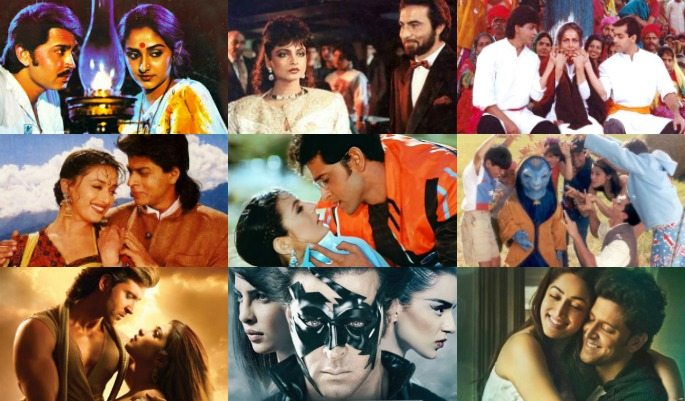 In the early days, becoming a producer was not easy.

He portrayed the second male lead alongside Rishi Kapoor and opposite Tina Ambani. As luck would have it, this film was also quite unsuccessful.

In the second production, Kaamchor (1982), Rakesh Ji stars as the main character, starring opposite the beautiful Jaya Prada. This film worked commercially and critically, becoming one of the first successful projects under FilmKraft Productions.

Khudgarz (1987) marks Rakesh Roshan’s directorial debut. It narrates the story of two friends (Shatrughan Sinha and Jeetendra), who share a strong friendship, that they even give up their lives for each other. This became a major hit and was remade in regional languages. Such as Tamil, Telugu, Orissa and Kannada.

This was just a start to his success. Mr Roshan surprised the world with his path-breaking venture, Khoon Bhari Maang (1988). The film stars Rekha in the main lead as Aarti, the wealthy widow who is almost killed by her new husband (Kabir Bedi) and sets out for revenge. It is believed to be a remake of Return To Eden (1983).

After Mother India (1957), this is another movie which has an actress leading the film. Ultimately, Khoon Bhari Maang was well-received and Rekha even won the ‘Filmfare Best Actress’ award. While Rakesh Roshan was nominated for ‘Best Director.’

Critic M.L. Dhawan, from The Tribune, writes: “With Khoon Bhari Maang, Rakesh Roshan destroyed the myth that it was essential to have a hero as the protagonist and that heroines were there just to serve as interludes and mannequins.” Truly, one of the finest works of Mr Roshan!

His next films, Kishen Kanhaiya (1990) and Khel (1992) both starred Anil Kapoor and Madhuri Dixit in leading roles. Kishen Kanhaiya was an adaptation of the evergreen comedy, Ram Aur Shyam (1967). It marked the debut of Shilpa Shirodkar and was successful at the box-office. Khel, on the other hand, was unsuccessful.

King Uncle in 1993, was inspired by the musical, Annie. It starred Shahrukh Khan, Jackie Shroff, Anu Agarwal and Nagma, in leading roles.  This project was also unsuccessful. But, marked the first collaboration between Rakeshji and Shahrukh Khan.

In addition, it was Karan Arjun, which represented Shahrukh Khan and Salman Khan together on-screen, thanks to Rakesh Roshan. Before Dilwale Dulhania Le Jayenge released in 1995, it was Karan Arjun which reunited SRK and Kajol after Baazigar (1993). How can we forget the song ‘Jaati Hoon Main?’

Karan Arjun, portrayed by the two Khans respectively, were the two brothers who are killed by the evil Thakur, Durjan (Amrish Puri). They are reincarnated and pledge to seek revenge. As Rakhee’s famous dialogue states: “Mere Karan Arjun Aayenge.”

Becoming a huge triumph at the box-office, the movie was also nominated in several categories at the Filmfare Awards. As a result, it achieved the ‘Best Action’ and ‘Best Editing’ awards.

SRK and Rakesh Roshan further collaborated in Koyla (1997). The leading lady was Madhuri Dixit, playing the village maiden – Gauri, who is rescued by SRK’s character (Shankar), from the evil Raja (Amrish Puri). This proved to be another prosperous venture. 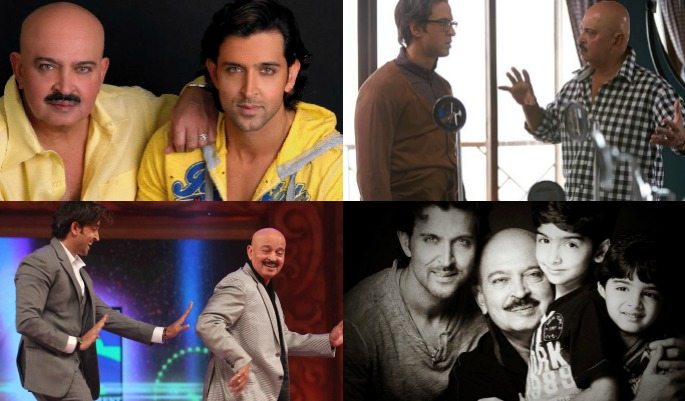 In 2000, Rakesh Roshan gave us the superstar, Hrithik Roshan, aka ‘Duggu.’ Hrithik debuted into Bollywood as an actor with Kaho Naa Pyaar Hai (KNPH).

It was only his first film, yet he played a diverse double-role (Rohit and Raj). Plus, he impressed the world with his remarkable dance skills. No wonder why, he has become the emperor of dance.

KNPH marked the beginning of Rakesh and Hrithik’s collaboration. As such, Filmfare even praised Mr Roshan for his direction:

“Rakesh Roshan has come up with a winner. A racy script, excellent product values and taut editing result in a storyline that keeps the audience hooked throughout.”

However, this success came at a cost. On 21st January 2000, Roshan was shot at by gang members near his office. The assailants fired two bullets at him, one of which hit him on the left arm, while the other grazed his chest.

As the director fell to the ground, the assailants fled the scene. Fortunately, Rakesh survived this attack and did not give up his passion for filmmaking.

The next collaboration of Hrithik and Roshan was 2003 Sci-Fi drama, Koi Mil Gaya. One of the first Bollywood films based around an alien.

In this award-winning film, Hrithik plays a young man who suffers from an intellectual disability. Until he is given powers by an alien, Jadoo. As a result, Rakeshji won the ‘Best Director’ award at several ceremonies including the National Film Awards.

If you thought Koi Mil Gaya was path-breaking, think again. The sequel, Krrish (2006), gave India one of the biggest superheroes after Shaktimaan and Mr India. The film once again saw Roshan play a double-role, only this time he was paired opposite Priyanka Chopra. As expected, the film was a blockbuster.

Post the Krrish triumph, Hrithik Roshan starred next in Kites (2010), which was also produced by Rakeshji. This co-starred Kangana Ranaut and the Spanish beauty, Barbara Mori. Despite being directed by Anurag Basu, the off-bear romantic drama was a critical and commercial failure. 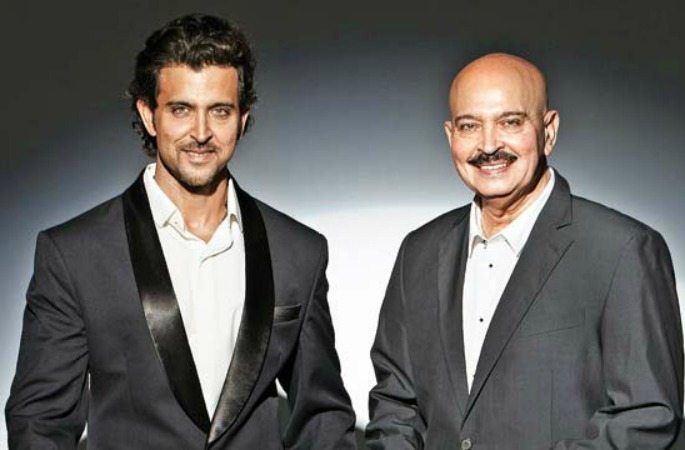 Perhaps this failure was just the beginning of success. Hindi cinema’s loved superhero Krrish, returned in 2013 with Krrish 3. The movie was packed with high octane action sequences and mesmerising special effects. Plus, the villains Kaal (Vivek Oberoi) and Kaya (Kangana Ranaut) became memorable.

As such, critic Taran Adarsh mentions: “Roshan Sr. smartly assimilates the esteemed formula of good versus evil with the technical wizardry of today to create a visual spectacle that is sure to redefine the escapist cinema we are synonymous with.”

Leading up to 2017, Rakesh Roshan has produced Sanjay Gupta’s vigilante film, Kaabil. The movie showcases how a visually impaired man avenges the lost honour of his wife. It has a novel and thought-provoking concept.

Throughout the years, Mr Roshan’s contribution to Indian cinema has been immense.

Be it a superhero or action-thriller, Rakesh Roshan movies always exhibit that there is a hero which resides in us.

The challenge for us, as the audience, is to search within.