Aamir Khan set to Travel in Space as Rakesh Sharma

Aamir Khan always chooses unique films to star in. Reports suggest his next project will be about Rakesh Sharma, India’s first astronaut to travel to space.

Excitement is building up for this upcoming movie. It is another biopic role that will surely raise quite a few speculative eyebrows in the industry.

A deep sense of curiosity is already visible among fans and B-town. That’s because Aamir Khan’s latest project, a movie based on Rakesh Sharma – the first Indian astronaut to travel in space, has been on the cards for a long time.

But what is so curious about this?

Aamir Khan will star in the shoes of astronaut Rakesh Sharma. His film will tell us how it feels to travel in space.

However, even the final script of the film is not yet finalised. When things turn out as they planned, Siddarth and Aamir Khan will jointly produce the biopic.

Supposedly, the movie went through a series of name changes. First titled as “Sare jahaan se achcha”, reports suggest the title changed to “Salute”. But this is yet to be confirmed.

The Hyderabadi astronaut said recently: “It had been going on for the last eight years.”

He also added that “things haven’t been finalised yet”. 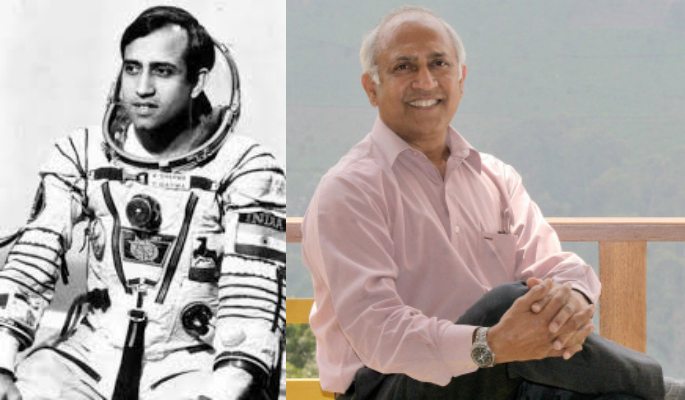 Rakesh Sharma doesn’t need an introduction. An alumni of the 35th National Defence Academy, he joined the Indian air force as a pilot in 1970.

He flew aboard Soyuz-T11 in 1984 as part of the intercosmos programme. Sharma became the first Indian to travel in outer space. For this achievement, he received the honour of Hero of the Soviet Union and Ashoka Chakra when he returned.

Three decades later, we now have a chance to see this one rare incident in the history of India on-screen. Aamir Khan and his team will be recreating the journey of this incredible astronaut.

There is a buzz in Bollywood that Aamir Khan will meet Rakesh Sharma to find out more about his experiences personally.

Everyone knows how Aamir Khan works. He is “Mr Perfectionist” and likes to do immense research prior to any of the projects he takes up.

To portray an astronaut and the emotions he felt before flying into outer space is no easy task. The character of an astronaut involves various complications.

Given his dedication and risk taking ability, Aamir Khan would be the perfect actor for the role of Rakesh Sharma.

He is the kind of actor who shines bright even without the crown and has been excelling in all the roles he chooses to play.

After basking in the huge success of two blockbusters PK and Dangal, Khan is gearing up for the film Secret Superstar. It will release later in August 2017.

We hope we don’t have to wait too long to see Aamir essay the role of the iconic astronaut, Rakesh Sharma.

Images courtesy of InShorts, Readoo India, NewsToday and The Hindu.