The son of Irrfan Khan, Babil Khan, has said that he wishes to build a monument in space that is better than the Taj Mahal.

"Nobody can ever replace him."

It has been a year since the demise of Bollywood’s legendary actor, Irrfan Khan.

Irrfan Khan’s son Babil has taken to social media to share memories and the legacy of the father on his first death anniversary.

Babil has also shed light on some hobbies and interests of his father.

Babil revealed that Irrfan Khan was intrigued by the concepts and theories surrounding the black hole.

Recalling Irrfan Khan’s obsession with the universe, Babil says he would have built a monument better than the Taj Mahal if it could have him be with his father.

“More than all that Shah-Jahan/Mumtaz stuff; I would have built a space monument that could have taken us to the furthest parts of a black hole singularity you were always intrigued by, but I would have been there with you Baba, and we could have gone together, hand in hand.”

Babil shared a candid picture of his father on Instagram showing Irrfan Khan fixing a table. 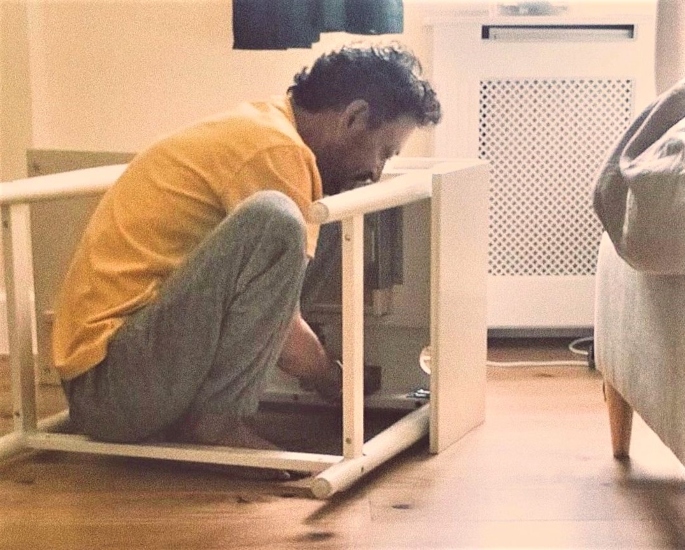 The picture is from the time when Irrfan was undergoing chemotherapy.

Penning a note, along with the picture, Babil also revealed how Irrfan Khan was finding happiness in the simplest things, to get over the extreme procedure of chemotherapy.

“Chemo burns you from the inside, so to find joy in the simple things, like building your own table to write your own journals.”

Discussing the legacy of his father, Babil added:

“There is a purity, I have not yet discovered.

“There is a legacy that has already been concluded by my Baba himself. A full stop. Nobody can ever replace him. Nobody will ever be able to.

“To the greatest best friend, companion, brother, father, I ever had and ever will have.

“I love you so much, for the rest of this chaos we are choosing to call life.”

Irrfan Khan was diagnosed with a Neuroendocrine tumour in 2018.

He underwent treatment whilst also carrying out his professional commitments.

Now his son Babil Khan is all set to follow the footsteps of the father and debut in the film industry.

Babil Khan will be featuring in the upcoming feature film Qala along with Tripti Dimri.

The film is directed by Anvita Dutt and will stream on Netflix.