LIFF 2018’s T for Taj Mahal is a beautiful slice of life film with an inspiring message. We explore why this family film is sure to touch your heart.

T for Taj Mahal explores a unique idea of having a barter system between learning and serving food.

Rarely do you find films that make you laugh and think at the same time, and T for Taj Mahal just happens to be one of those.

Directed by Kireet Khurana, the film is graced by some talented actors such as Subrat Datta, Pitobash, Manoj Pahwa and Bidita Bag.

Set in the Indian city of Agra, home to the beautiful heritage site, Taj Mahal, the film is a simplistic tale of an illiterate man from a small village Bajjar.

After being at the receiving end of the hardships that an uneducated man incurs, Bansi (Subrat Dutta) is determined to find a way to educate his younger brother and the other children from the village.

Hoping that the next generation doesn’t face the problems and shame he underwent, Bansi comes up with a unique idea of blending his ‘dhaba’ (local restaurant) business with education.

He creates an ‘Eat and Teach’ scheme which asks customers who stop by to spare some time to teach the village kids in exchange for free food. The film explores how feasible this idea could be and how it transforms things in the village.

One of the major disconnects between Indian audiences and Hindi feature films are their tendency to favour urban city populations. Not many films explore rural problems and it is amazing to see independent filmmakers like Kireet Khurana take up the mantle to serve them right. 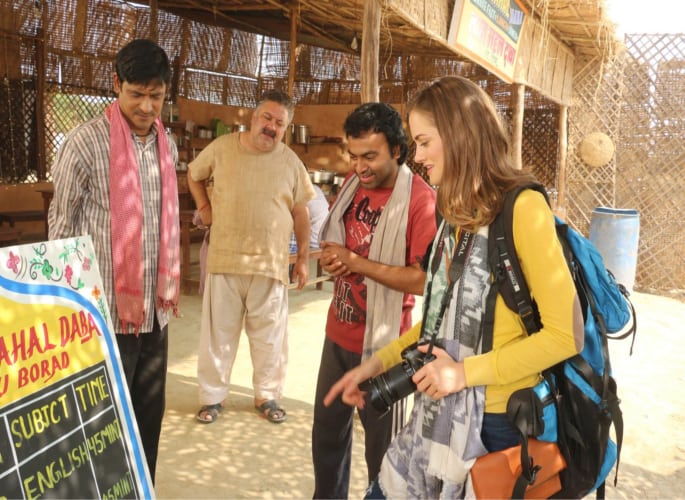 Illiteracy is still a major issue in Indian villages and while there may be several documentaries and news reports covering this, not many films try to provide a solution based approach.

T for Taj Mahal explores a unique idea of having a barter system between learning and serving food. Both are noble deeds that can only be fulfilled by people who put humanitarian values above everything else.

The film also serves an important message about the need to recognise the potential of using one’s time for a good cause and the fact that time is a much bigger offering that one can provide instead of money.

T for Taj Mahal sticks to a conventional linear storytelling, as narrated by Ali Faulkner, who plays the role of Janet, a driving force behind Bansi’s social enterprise.

The protagonist, Bansi is an easily likeable character from the beginning. His honesty and determination keep the viewers invested in him, and there’s a sense of achievement one feels when he finds success with his plans.

The supporting characters of Shaneechar (Pitobash Tripathy) and Naturam (Manoj Pahwa) play an equally important part in taking the narrative forward. The film taps into the community spirit of villages extremely well.

A few additions though such as the ‘postman’ reading out letters, and Naturam’s daughter Chuniya (Bidita Bag) being a ‘manglik’ who is forced to marry a dog, remind us of Shyam Benegal’s Welcome to Sajjanpur.

What’s worth appreciating is that the film doesn’t overindulge when it comes to painting the quintessential Indian village image.

With feminism in India gaining momentum, the makers subtly show that women are now in positions of power even in villages. Be it the collector with a grey shade or the Sarpanch’s (Village leader) wife who takes over her husband’s position for the greater good of the village.

At no point does the film become too preachy thanks to the comic relief added by Naturam and Shaneechar’s characters.

Ali Faulkner’s narration works well for the story. However, at certain points, it does become oversimplified. Also, the budding love romance between Bansi and Chuniya makes for good enough popcorn entertainment. 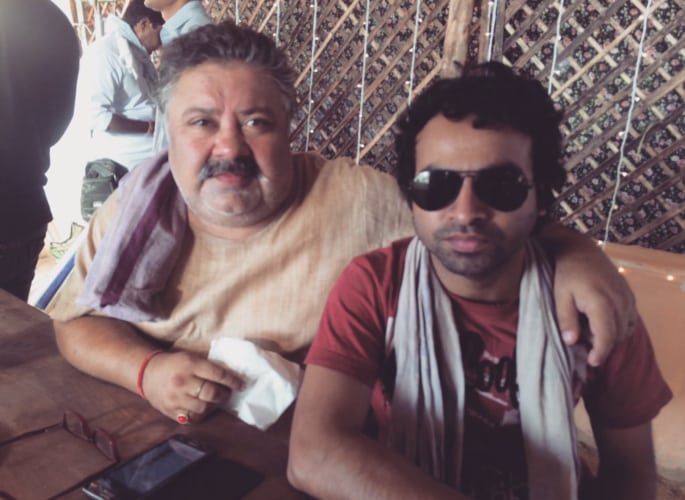 To play a character like Bansi, it was key that the character truly emotes his struggles. Subrat Dutta’s portrayal of this character successfully translates this.

He particularly impresses in scenes involving Bansi’s breakdown. His layered performance binds this film together.

Pitobash’s strong performance is no surprise considering his previous work. He is known to shine in roles with limited screen space, like Shanghai and Million Dollar Arm. With this film too, he continues to give his best. As Shaneechar, he entertains with his broken English.

Getting a veteran like Manoj Pahwa on board to play Naturam is probably the best casting decision for this film.

Pahwa charms us with a performance that reminds us of that one uncle in everyone’s family who outrightly rejects change but when it turns into a positive affair, he’s on board.

Bidita Bag not only looks pretty as the village belle, she’s also expressive as Chuniya, the girl who wants to marry a “padha-likha ladka”.

As the title suggests, one of the main characters in the film is the monument of the Taj Mahal itself. The film takes off with some beautiful shots of the monument and further develops the right kind of flavour with the crowded streets of Agra.

In particular, viewers can see the difference between the grandeur of the monument’s white marble against the authentic dhabas that offer their own rustic charm.

Director Kireet Khurana knows his craft well and hence the emotional scenes stand out well. Especially the scenes where Bansi’s troubled past is disclosed. 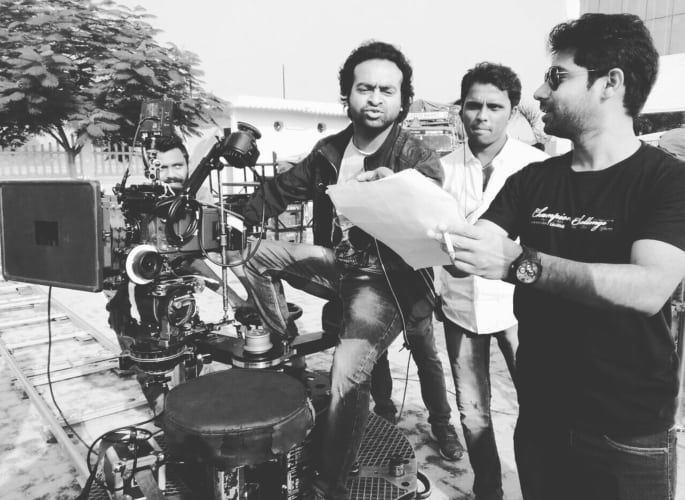 The process of scripting T for Taj wasn’t as easy as one would expect. The makers wanted to make sure they remained close to the reality of village life, and hence, they made several visits to villages near Agra.

Apart from making sure that the film looked authentic enough, Khurana also hoped the message would not get lost:

“It’s a veiled message. It is in the zone of what is called an impact film.”

Prior to its release, the film spent much time in post-production. Sadly, this was due to the film’s producer Abis Rizvi losing his life in Istanbul’s terror attack in 2017, way before he could see the success of his film.

His demise has been a great loss for the industry considering his brilliant legacy of work.

For T for Taj Mahal’s success lies in its subtlety. It is a wonderful example of simplistic yet effective filmmaking.

The film has a lovely message to give. Celebrating humanitarian attitudes and empathy, it leaves you with a smile on your face. This slice of life film is the perfect family watch.

Surabhi is a journalism graduate, currently pursuing an MA. She is passionate about films, poetry and music. She is fond of travelling places and meeting new people. Her motto is: "Love, laugh, live."
Karenjit Kaur: The Untold Story of Sunny Leone Teaser
London Indian Film Festival 2018: Eaten by Lions Review