Some of the most prestigious Indian monuments have been captured on Google Street View for the world to see and explore from the ease of their own homes. Monuments include the Taj Mahal, the Ajanta and Ellora Caves and the Qutub Minar.

"Google hopes to help make more of India’s heritage accessible to people around the world."

It has now become even easier to see the world at the touch of a button. Google Maps and Google Street View have ventured into an incredible project that allows tourists to see some of the most prestigious monuments in India, including the awe-inspiring Taj Mahal.

Taking sight-seeing to a whole new level, the Google Street View will allow tourists to have a virtual tour of the Taj Mahal and 99 other heritage sites from the comfort of their living rooms.

The project was launched in October 2013 after Google teamed up with the Archaeological Survey of India (ASI) and the Indian Ministry of Culture and together approved a list of sites to be captured online. 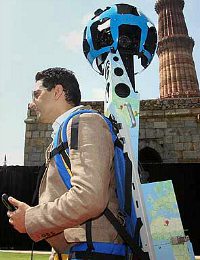 As the special Google cars cannot enter into the Taj Mahal, it is instead being mapped by a backpack Trekker camera specially designed by Google.

The 75-megapixel camera allows images and data to be captured portably on foot through 15 lenses that have been pointed in different directions and are continuously taking photos.

Once done the digitally ‘stitched’ together in what will become a 360° angle, allowing viewers full virtual experience. As well as capturing the open public spaces of the heritage site, Google have been allowed access to some of the closed off areas such as the tomb in the basement of the Taj.

Munazzar Ali, of the ASI explained: “This will benefit the public. The camera will be allowed inside closed rooms, the entire complex, the tomb in the basement – so people can finally see the Taj like never before.”

The Trekker has already been used in Nevada’s the Grand Canyon, and the Burj Khalifa in Dubai. The Indian Ministry of Culture have already agreed that that this project will be a huge asset to India. 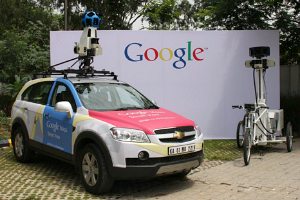 By immortalising the historical Taj on the Internet for the rest of time, it will also allow future and younger generations to fully appreciate the rich history of their Indian heritage.

This has been a breakthrough for Google who have struggled to map Indian areas amid privacy fears. In 2011, a Google team which had cameras mounted on top of cars and tricycles were reportedly stopped in the South Indian city of Bangalore by local police.

One Google spokeswoman explained: “We received a letter from Bangalore’s commissioner of police and are reviewing it. We will not be collecting any more images for Street View until we speak to the police.”

Police insisted that Bangalore was a sensitive area and had already experienced terrorist activity, which saw a series of bomb blasts in 2008 where one woman died.

Google were then compelled to seek clearance from India’s ministry of home and external affairs:

“Google’s mission is to make information more accessible, and around the world Google is constantly looking for new ways to tell the stories of the world’s diverse cultures and make them available worldwide.”

“Google hopes to help make more of India’s heritage accessible to people around the world, and to help preserve India’s unique history for generations to come.” 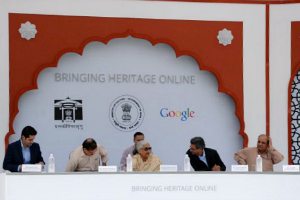 Pravin Srivastava, Director General of ASI said: “We believe that the new panoramic imagery of 100 Indian monuments will not only allow people to interact with our country’s culture in new ways, but also digitally preserve India’s heritage for future generations.”

The Taj Mahal has already been listed as one of the New Seven Wonders of the World for its incredible architecture and history.

Built by the Mughal Emperor, Shah Jahan for his wife, Mumtaz Mahal, it took 22 years to complete. ‘Taj Mahal’ literally translates to ‘Crown of Palaces’ and is widely regarded as the crown of India.

The virtual preservation of the wonder then is a defining moment for Indian culture and one that the ASI and Google hope will be celebrated for centuries to come.

Aisha an English literature graduate, is a keen editorial writer. She adores reading, theatre, and anything arts related. She is a creative soul and is always reinventing herself. Her motto is: “Life is too short, so eat dessert first!”
Anokhi Media celebrates 11th Anniversary
Has Reality TV gone too far?