ANOKHI MEDIA is a multi-media platform that celebrates and promotes South Asian’s worldwide. ANOKHI celebrated its 11th anniversary in a lavish star-studded event in Toronto on February 1, 2014.

"This function endorses our belief in what we do and gives us the platform to reach out to those we create for."

On February 1, 2014, over 1000 guests came together at the Queen Elizabeth Theatre and Fountain Blu Entertainment Complex in Toronto, to celebrate 11 fulfilling years of achievement for the ANOKHI MEDIA Corporation.

This grand event featured a red carpet walk, awards ceremony, entertainment, cocktail hour and an after party for its all-star guests.

ANOKHI MEDIA is a multi-platform brand launched in 2002 by Raj Girn. A first of its kind in North America, it creates, distributes and promotes fashion and lifestyle. 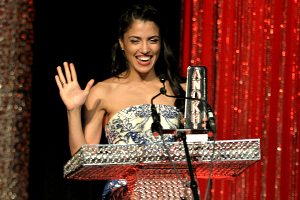 In North America, ANOKHI magazine is the only high profile magazine of its kind to have brought together a prestige crowd of A-List personalities, including celebrities such as Kim Kardashian, Jennifer Lopez, Nelly Furtado and Nicole Scherzinger.

In addition, ANOKHI is the only magazine in North America to be constantly supported by multinational advertisers including: Aveeno, Air Canada, Etihad Airways, Hallmark, Hilton Hotel, Johnnie Walker, Lancôme, L’Oreal, Loblaws and Maybelline.

The Annual Anniversary Awards recognises the model achievements of South Asians in film, television, arts and media worldwide. Past guests have included A-lister’s such as Hollywood’s Freida Pinto, Bollywood’s Priyanka Chopra, musical sensation Jay Sean, and many more dignitaries in the creative industry. 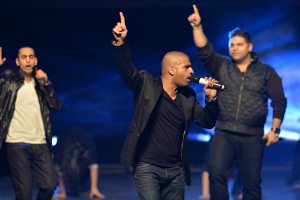 “The Annual Anniversary gala is our opportunity to host, celebrate and showcase the global accomplishments of our community with an awards show that is a testament to the indelible mark that South Asians have and continue to make, in an all-inclusive showcase for all to enjoy.

“We are so thankful for the talent and guests who joined us this year to celebrate South Asians worldwide.”

This year’s ANOKHI gala attendees included a prestige list of A-List stars, and some of the most talented individuals in media. All special guests were selected for their outstanding contribution to the media and entertainment world, flying high the flag for the South Asian community.

Of those attending included Shantanu and Nikhil; celebrity fashion designers from India, their work has always been inspired by luxury vintage materials combined with modern surfaces and touches to achieve the ideal style and emotions of a classic India:

“It is a privilege to be invited to ANOKHI Magazine’s 11th Anniversary Awards Show Celebration. This gives us an opportunity to express our gratitude towards all who have helped us grow.”

“This function endorses our belief in what we do and gives us the platform to reach out to those we create for,” they added. 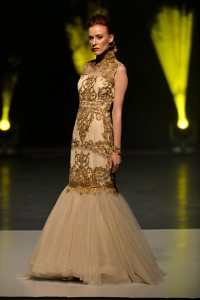 Speaking about Sakina, fellow actress Sarita Choudhury says: “She has this uncanny ability to be fully present in what she is doing and yet with a mere side glance at you make you feel completely included. It’s like she brings you to life. That is . . . unique.”

Also present was Nazneen Contractor. An actress living in Los Angeles, born in Mumbai and raised in Nigeria, Contractor has been well-versed in world travels and a variety cultures at a very young age. She is best known for her work in Star Trek Into Darkness (2013), 24 (2001), and Revenge (2013-2014).

“Gabe Grey is ANOKHI because not only is he passionate about deepening his work as a quality actor, but he is equally passionate in his dedication and determination to speak out, challenge and broaden the ways in which South Asians are portrayed in movies and TV,” stated Meg Tilly (actress and Oscar nominee and Golden Globe winner).

Jimmy Soni has been the managing editor at The Huffington Post since January 2012, he has previously worked as a strategy consultant at McKinsey and Company, as well as a speech writer at the office of the Mayor of the District of Columbia. 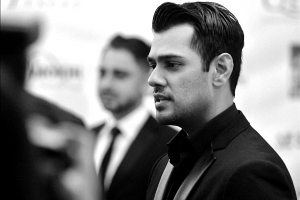 Describing Jimmy, Huffington founder, Arianna Huffington, says: “There are so many different aspects of Jimmy’s personality and character that make him unique, but the one that stands out to many of us is that he manages to combine a passion for new media and all things digital with an equally powerful sense of and appreciation for history and philosophy.

“He might be that rare managing editor who is digesting both Mashable and Marcus Aurelius’s Meditations in one sitting.”

The 11th anniversary show was filled with an array of entertainment for the night, provided by worldwide artists, which included: Culture Shock,  Abbas Hasan, and Lily Singh, YouTube comedienne.

The show was a great success due to the help and support from all the attending talents and sponsors. Raj Girn stated:

“We’re thrilled with the milestones that ANOKHI MEDIA has achieved over the last decade. We’re thrilled to celebrate the beginning of a new decade with so much support from talent and sponsors alike.”

This multi-media platform is set to show exponential growth in all its media, whether print, blog, online TV, events, newsletters, or social media, and is also looking to expand into the world of mobile. A fantastic gala event, ANOKHI’s 11th Anniversary shows an incredible milestone for North America’s South Asian community.

Meera grew up surrounded with desi culture, music, and Bollywood. She’s a classical dancer and mehndi artist who loves everything connected with the Indian film and television industry and the British Asian scene. Her life motto is “do what makes you happy."