Amitabh Bachchan has landed an impressive feat on social media, by collectively generating 80M followers! The actor celebrated with a Twitter post.

Bollywood icon Amitabh Bachchan is a star who loves social media and connecting with others. Now he has 80 million followers! Cementing him as one of the most popular stars in the digital world.

This figure encompasses those who follow him on all of his platforms, including Facebook and his Tumblr blog.

He even took to social media to celebrate the impressive feat on 10th December 2017. He gave huge thanks to his fans, crediting them for helping him reach the staggering number, saying:

Throughout the day, many of his followers decided to create their own tributes of the moment. Feeling happy and overjoyed for their favourite Bollywood actor.

Amitabh regularly uses social media, sharing special moments of his family’s life with his fans. For example, he was a proud grandfather showing images of his granddaughter Aaradhya, celebrating her sixth birthday.

He also revealed family photos at a recent wedding, where Abhishek and Aishwarya were in attendance.

In addition, Amitabh posts daily messages on his Tumblr blog; a place where he offers his own reflections on life. On 11th December, he spoke on social media and the “race” to become most popular.

He also offers philosophical writings; a stark difference to other stars who show endless images of themselves.

Perhaps then this is why Amitabh has collected such a massive number of followers. From his social media feeds, one can easily see a sense of humility in the actor.

While he has witnessed such a staggering career in Bollywood, this clearly hasn’t affected his perspective on life.

Meanwhile, the actor is currently filming for Thugs of Hindostan. The film has recently begun scenes in Thailand, where Amitabh has selected as his location in recent blogs. He also shared images of himself walking to the set. 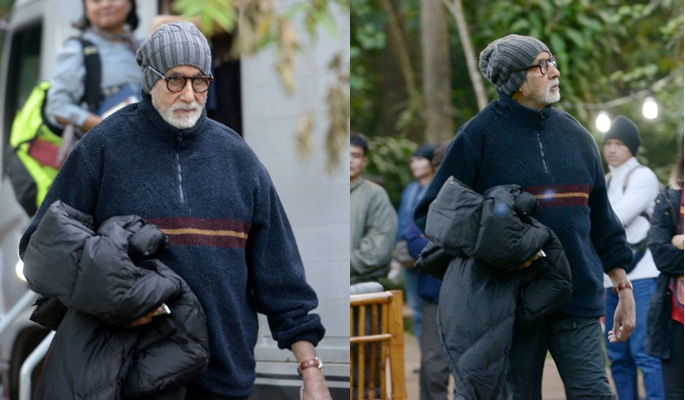 With more filming likely on the way for the Thugs of Hindostan actor, we can’t wait for future photos of the actor. Sharing more wonderful moments of his family and life.