Top Google Searches for 2017 in India and Pakistan

The top Google Searches for 2017 in India and Pakistan have been unveiled. What were the two countries interested in this year? Let’s find out!

Showcasing what became trending in 2017, it reflects the popular topics, celebrities, news.

The world’s most popular search engine, Google, has published their top searches of the year. Comprised of numerous reports of trends over the last 12 months, the top Google searches were published on 13th December 2017.

To break these down, Google has split search terms by countries, including India and Pakistan.

While some may seem obvious, such as Bollywood and cricket, other interests have gained unexpected popularity.

Let’s take a closer look at the Google searches made by Indians and Pakistanis. Have you searched for any of these terms? 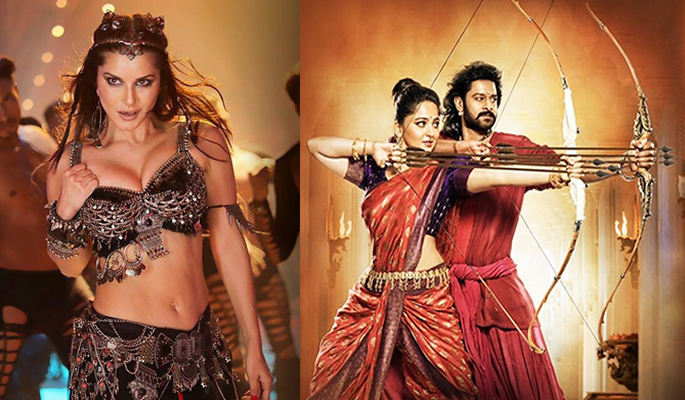 Looking at India, it seems Bollywood films and cricket reign supreme in the ‘Overall’ searches. Baahubali 2 and Dangal appeared at No. 1 and No. 4 respectively, while featuring as the top two ‘Movies’ searches.

Both these films received critical acclaim and praise when they premiered. The former showed the great capabilities South India has in creating epic, historical dramas and featured the talented Tamannaah Bhatia.

In the case of Dangal, despite its 2016 release, Indians are still interested to search more on the film. Especially as it achieves international success, even recently winning the inaugural ‘Best Asian Film’ at the AACTA Awards.

Other films that also appear consistently between the two lists include Half Girlfriend, Raees and Jagga Jasoos. 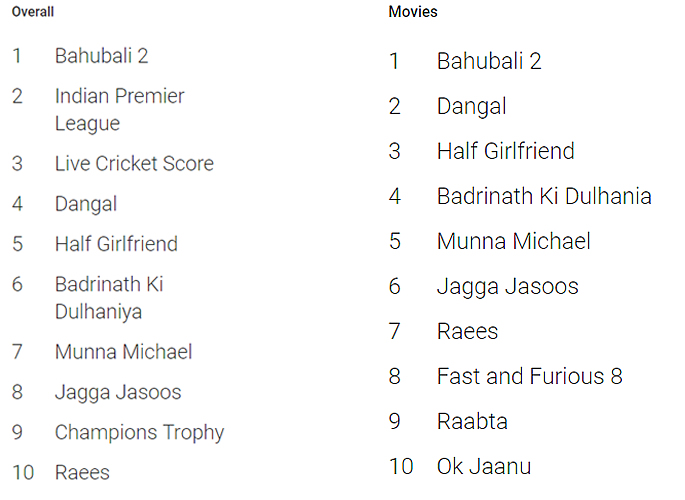 Cricket also dominates ‘Sporting Events’ and ‘News’ searches, with many Indians showing interest in the ICC Champions Trophy and the IPL.

While these are expected, wrestling also makes an appearance, with WWE Wrestlemania at No. 4 and Pro Kadabbi at No. 5. Perhaps this could be a result of the success of Dangal, as well as Jinder Mahal’s push in the WWE. We wonder if the sport’s popularity will increase in 2018?

Meanwhile, Sunny Leone hails as the highest-searched ‘Entertainer’ in India. This reflects a fantastic year for the starlet. She appeared in many hot music videos, such as the well-received ‘Piya More‘, plus attracting huge crowds in Kochi. No wonder she has earned this top spot. 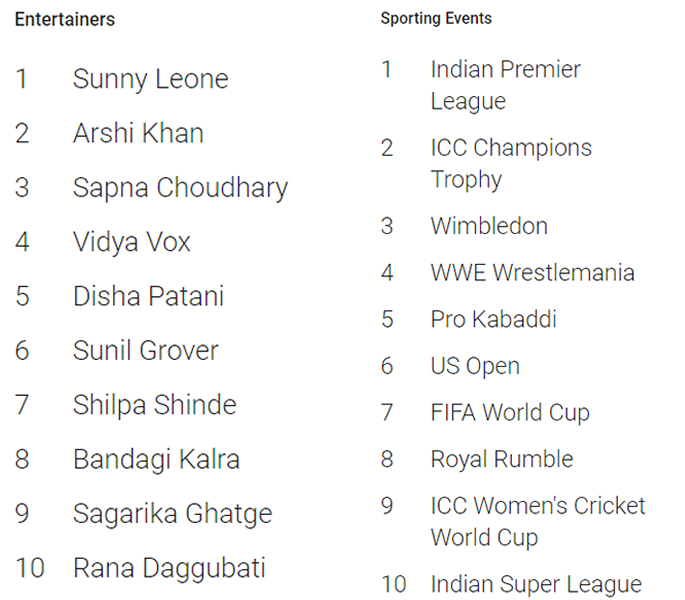 Another popular trend for Indians was bitcoin. It appears on ‘How to …’, ‘News’ and ‘What is …’ lists – showing the growing interest in this online currency. During 2017, the world encountered global hackings, with ransoms demanding huge amounts of bitcoin.

As we approach 2018, will this currency become widely used around the world and spread to India? Only time can tell – but it has definitely sparked curiosity.

Cricket is Top in Pakistan 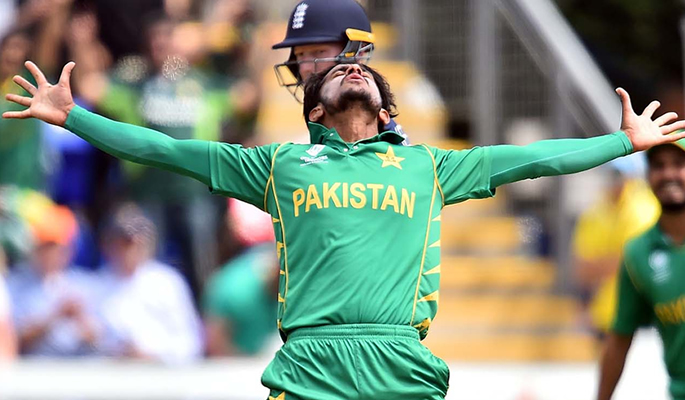 Pakistan’s ‘Overall’ searches show a slightly different pattern. While terms such as Dangal still have a strong presence, the nation searched more for the ICC Champions Trophy. It appears cricket continues to rule the hearts of Pakistanis.

The sporting event became a magnificent victory for the country. After a consistent, stellar performance, Pakistan eventually battled India during an intense final. The men in green, defeated the opposing team to win the championship.

Wrestling also proves popular in Pakistan as WWE Extreme Rules ranks at No.2. As expected, Raees ranks quite high on the ‘Overall’ searches, appearing at No.4. The Shahrukh Khan gangster flick marks Mahira Khan’s debut in Bollywood.

However, the film became embroiled in controversy after the country censored its release. In addition, Mahira was unable to attend the movie’s promotions with SRK, as Pakistani actors were also banned from India. 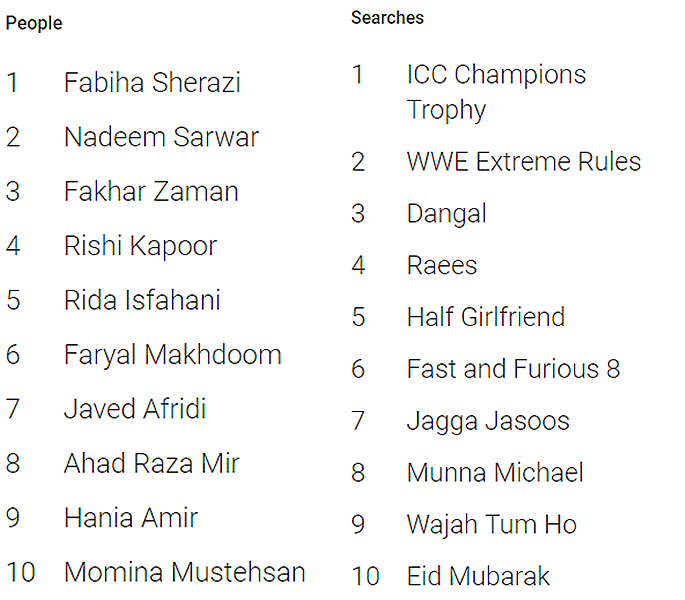 At the No.1 spot is Fabiha Sherazi, a fashion model who has garnered a massive following on Instagram. She rose to fame on Fahad Mustafa’s game show, Jeeto Pakistan, where she attracted much attention for her beauty.

With many wanting to know more about her, it seems they have turned to Google to find answers.

The ICC Champions Trophy has also influenced this list with the entries of Fakhar Zaman and Rishi Kapoor. Fakhar hailed as one of the star players for his performance in the final match against India. While Rishi made headlines after he made a dig at the Pakistan team.

Faryal Makhdoom also makes an appearance on the list, landing at No. 6. No doubt this has been an eventful year for her.

From a shock divorce announcement, an unexpected second pregnancy and eventual reunion with husband Amir Khan, it appears Pakistanis have kept up to date with the celebrity.

These searches certainly capture the year of 2017 and its highlights.

While some will agree entries such as Dangal, the ICC and Sunny Leone are expected, there still have been many surprises in who and what people search for on Google.

Will these trends continue into 2018? It seems we’ll just have to wait and see.