As the Punjabi Prison Match edges closer and closer, let’s take a look at Jinder Mahal’s rising WWE career. From 3MB all the way to the big match!

"I got to go away and reinvent myself and rediscover myself, get my confidence back."

Jinder Mahal will soon face his opponent, Randy Orton in an exciting Punjabi Prison Match. Set to take place on 23rd July 2017, it will surely become the highlight of WWE’s pay-per-view, Battleground.

The match, third of its kind to happen in the famous ring, will decide who will win the WWE Championship title. Whether Jinder Mahal will retain it, or if Randy Orton will win the belt for the 10th time.

As many will undoubtedly tune in to watch the match unfold, its occurrence marks the latest step forward in Jinder’s wrestling career. Back a couple of years, some fans could only dream of a scenario like this; Jinder Mahal competing with the belt in his possession.

Let’s take a look back at the wrestler’s journey in the WWE. From a member of the 3 Man Band (3MB) to the Punjabi Prison Match.

Jinder Mahal (real name: Yuvraj Singh Dhesi) grew up in a wrestling family, based in Alberta, Canada. With his uncle being Gama Singh, a renowned international wrestler, it seems the youngster also developed a passion for the sport.

He eventually trained under the joint guidance of Bad News Allen and Gerry Morrow by participating in the revived Stampede Wrestling. While he also worked alongside future WWE stars such as Tyson Kidd and Natalya, Jinder also trained with his cousin, Gama Singh Jr.

However, his big break came around December 2009, when he attended WWE tryouts. Immediately catching the eyes of the company’s scouts, it led him to feature in the its developmental programme, Florida Championship Wrestling (FCW). 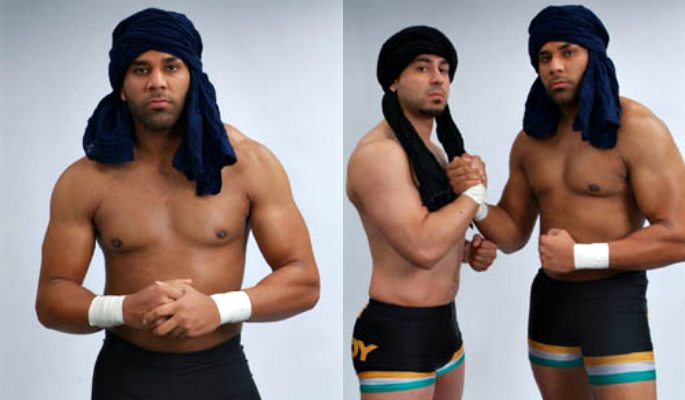 At the time, Jinder Mahal believed his break into the US wrestling scene came down to his persona. He explained to Slam! Sports:

“I think they needed an Indian guy, they were looking for one. We had matches and stuff and all the wrestlers came in their gimmicks. Well, I came out wearing a turban and had my full outfit on, and spoke Punjabi in my promo, and they liked that.

“They like guys who speak different languages and have different looks.”

This entrance into the FCW led to his soon arrival to the WWE.

A Rocky Start, leading to 3MB

Jinder Mahal first made his debut on WWE on 29th April 2011, as part of the televised programme, Smackdown. The company decided to first pair him with fellow Indian wrestler, The Great Khali. First on friendly terms, but as the week went by, Mahal’s character turned malicious.

It seemed WWE felt very keen to establish the wrestler as a heel (a wrestler booked as a “bad guy”).

As a result, the sportsman went on to develop a feud with the Great Khali. It further developed as the company decided to make them kayfabe (a stage event portrayed as “true”) brother-in-laws. However despite the feud finally ending in September 2011, Jinder Mahal struggled to make a real impact in the show.

Things only seemed to pick up when WWE decided they wanted to add him to an alliance. One containing fellow WWE wrestlers Heath Slater and Drew McIntyre. They were named the ‘3 Man Band’, a continuation from Slater’s previous gimmick of the ‘One Man Band’. 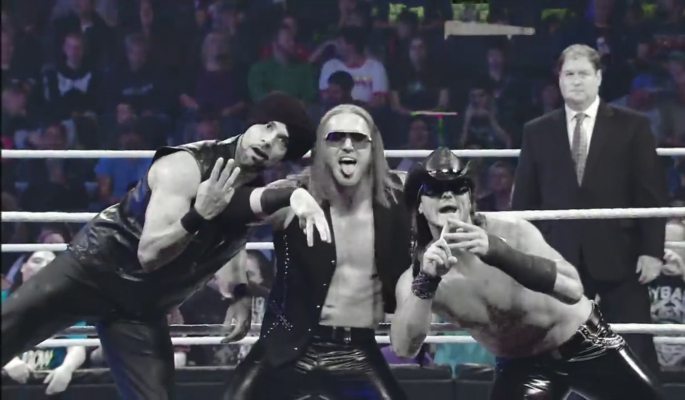 Rebranded as three wannabe rock stars, the group often fought against low to mid-card wrestlers. Yet they managed to win over a fair few fans, as all three men gave a complete commitment to their new roles in the company.

Even today, if you mention 3MB to any long-standing wrestling fan, they will surely remember the group’s entrance music.

The group lasted until 2014 when WWE decided to release several wrestlers from the company. This included Jinder Mahal, seemingly putting a dent into the wrestler’s career. However, he still continued to follow his aspirations and wrestled in independent circuits for two years.

The wrestler recently commented of that time period. While many may feel sadness and regret, Jinder approached it differently. He said:

“Looking back at it, it was probably the best thing that ever happened to me because I got to go away and reinvent myself and rediscover myself, get my confidence back, get my focus back most importantly.

“You need those lows to enjoy the highs and the wrestling business is like that. Sometimes you’re up, sometimes you’re down, but you’ve just got to stay persistent and better days always come.”

The Maharaja’s Return to WWE

As Jinder improved his capabilities and perfected his skills, this didn’t go unnoticed by the wrestling company. They decided to sign him back on, keeping his original character.

After a slow build up, the wrestler finally got his deserved push in Wrestlemania 33. On the biggest night in wrestling of 2017, he became runner up in the ‘Andre the Giant’ Battle Royale.

A few weeks later, he earned the spot of becoming the No.1 Contender for the WWE Championship, then held by Randy Orton. And as we will know, Jinder defeated the odds and won the title. 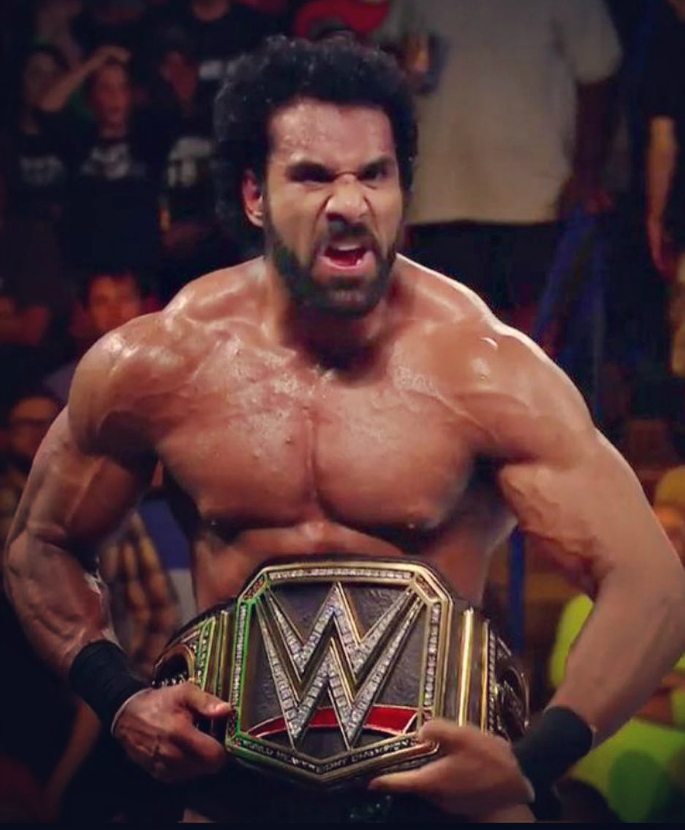 And now after defending his title at Money in the Bank, he now faces Randy Orton in the Punjabi Prison Match. As he prepares for this momentous match, Jinder has trained rigorously to improve his strength.

He explained to Times of India:

“I know I will have to climb out of at least one of the two cages, so I am doing lot of pull ups, lot of grip exercises; mostly it is conditioning because I know it going to be a very long, tough and hard fought match.

“It is basically less bodybuilding exercise and more conditioning work for now.”

From the 3MB to finally becoming the Maharaja, Jinder Mahal has endured a remarkable history. He has shown that despite set backs, determination and commitment can outshine.

Many will hope he will retain the title after WWE’s Battleground. Make sure you don’t miss out on the thrilling Prison Punjabi Match, set for 23rd July 2017.