Workouts and Exercises by Bollywood Heroes

Bollywood’s most adored male actors have created incredible bodies that are muscular, toned and lean! From chiselled abs, to bulging biceps, these men have the ability to make any fan swoon.

This Bollywood Hunk had all the women drooling from his role in Ladies vs. Ricky Bahl

Whether playing the role of an action hero, or even just a romantic lead, all of the Bollywood leading male stars have muscular physiques!

However, achieving this look is no mean feat. Dedication and regimental workouts and exercise regimes are a must.

Alongside their personal trainers, these stars have sculpted their bodies to achieve the perfect look.

DESIblitz looks at the workout regimes of these Bollywood hunks to see how they get those flawless figures. 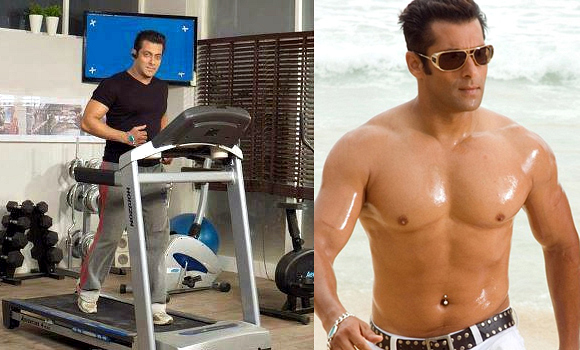 His common workout regime consists of crunches, a pull up bench press and cooling down on a treadmill.

Three days a week he likes to do cardio and ab work-outs, which include sit ups, circuit crunches and side planks.

When not in the gym, Salman loves cycling. He also jogs and walks to maintain his figure, without always having to use gym equipment. 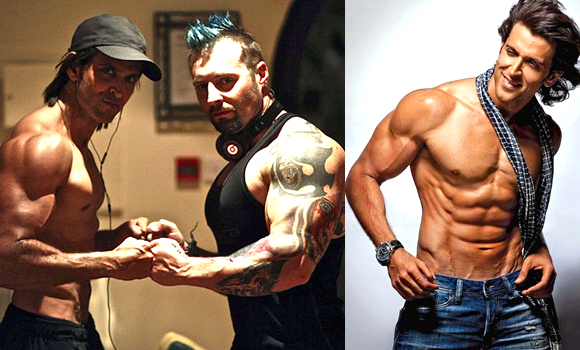 Hrithik’s body originally made its debut in his first ever film Kaho Naa Pyaar Hai (2000).

To achieve this figure, Hrithik was already maintaining a specific gym routine, but his role in Krrish 3 (2013) saw his biggest physical transformation yet.

Working alongside renowned fitness instructor Kris Gethin, for Krrish 3, Hrithik has to undertake an excruciating fitness to achieve that superhuman figure!

His daily workout regime consists of at least 20 minutes of cardio, which is followed by alternating weight training. 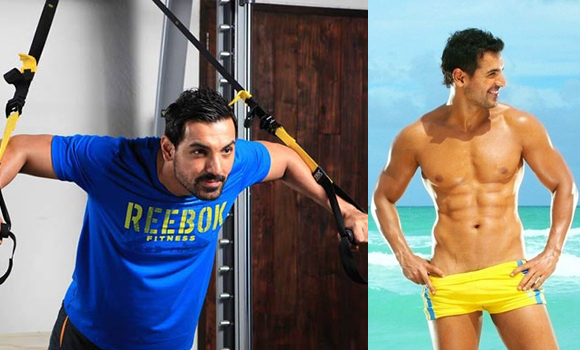 As a famous gym junkie, John Abraham is renowned for his physique and dedication to a stringent workout regime.

His muscular physique requires him to work out almost every day, with a disciplined workout plan.

John likes to mix up his workouts by incorporating both cardiovascular training alongside his tough weight training exercise.

Working out for around two hours a day, along with traditional gym equipment based exercise, he also likes to do kickboxing.

Whilst focusing his routine on his abs and biceps, he adds squats for strong legs, as well as crunches and weight exercises to ensure his whole body receives a huge physical workout! 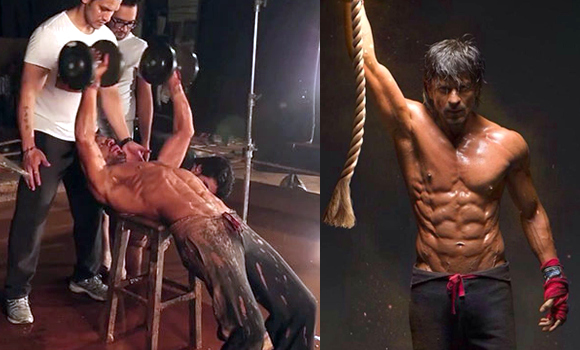 Shahrukh had always maintained a slender and toned figure throughout his career.

However, we all saw him transform for Happy New Year (2014) for which he achieved an unbelievable eight pack.

With the help of his personal trainer, Prashant Sawant, King Khan managed to get a jaw dropping eight pack for Happy New Year.

By working out for at least an hour a day, Shahrukh has undertaken a versatile training regime to help weight loss.

He dedicates one day to each part of his body including: chest, back, biceps and legs. 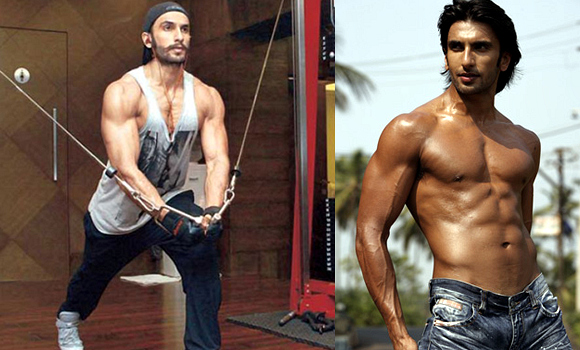 This Bollywood Hunk had all the women drooling from his role in Ladies vs. Ricky Bahl (2011).

While also acquiring a ripped torso for Ram Leela (2013) this hero had to endure a gruelling workout plan to create that rock solid six pack!

Having spent almost three months training for his previous role, he practises free hand weights to strengthen his core, and maintains a high level of cardio alongside it, to keep his body slender.

Opting for intense workouts, he also uses a high intensity training plan, where he does burpees, push ups, pull ups and bundle dips – all in a 45 minute workout session! 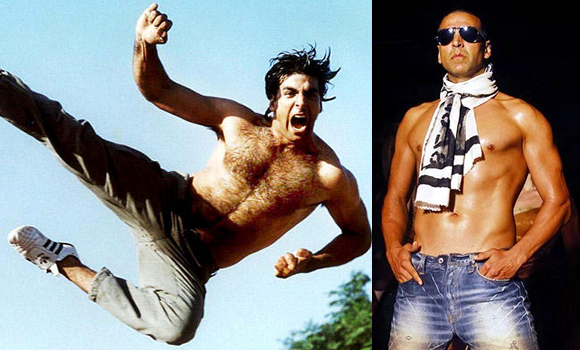 Akshay Kumar has got to be one of Bollywood’s most renowned fitness freaks.

Unlike some stars that exercise with the assistance of a personal trainer, Akshay has always endorsed fitness as a lifestyle which should be incorporated through sports and everyday manageable exercises.

Instead of visiting the gym regularly, he maintains his great physique with outdoor exercises and martial arts.

Though he works out every day, he does not have a personal trainer nor does he have a particular workout routine.

Akshay opts for freestyle workouts, which include running, functional training and rock climbing.

He also likes to maintain his strong core with special beads which he swings around his neck. This helps to burn fat and tone his abs at the same time. 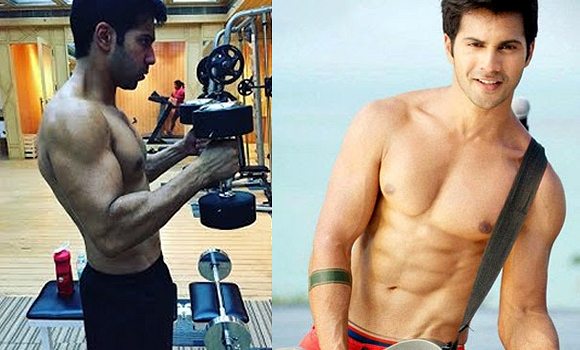 Varun’s killer body was on full show in his debut film Student of The Year (2012), and his incredibly defined torso is a product of his consistent dedication to maintaining a high fitness level.

Varun works out at least five times a week to maintain his muscular physique.

He begins each session with a good warm up to prepare for his workout, and he often mixes cardiovascular exercises into his routine.

To build and maintain his biceps, he includes heavy weight training, and also keeps his torso lean by practising mixed martial arts training.

All of these stars have achieved their figures through dedicated workout regimes, alongside a healthy and balanced diet.

With such diverse routines, from regular jogging and walking, to high intensity weight training, one thing remains clear – it’s clear all this exercise is acquired through dedication and consistency.

We are sure they will maintain these workouts and exercise regimes to keep their bodies looking constantly amazing!

Momena is a Politics and International Relations student who loves music, reading and art. She enjoys travelling, spending time with her family and all things Bollywood! Her motto is: “Life is better when you're laughing.”
10 Hairstyles for Men for Winter
Best Electric and Blade Shavers for Men