Deepika Padukone and Priyanka Chopra have huge social media followings, however, analysis has revealed that over 40% of their followers are fake.

Celebrities have a huge social media presence and within Bollywood, Deepika Padukone and Priyanka Chopra are two examples.

While it seems like they have a huge following, it has been revealed that a large number of them are actually fake or ‘bots’.

The Institute of Contemporary Music Performance (ICMP) carried out research into the number of followers that celebrities within showbiz have.

It revealed that the two Bollywood actresses, as well as many more celebrities from around the world, have a large number of social media followers which are fake.

Priyanka and Deepika both rank in the top 10 with over 40% of followers being fake. Both actresses are established within Bollywood and have also made their mark in Hollywood.

Deepika is ranked number six with 48% of her Instagram followers being fake. Priyanka is number 10 with 38%.

On Twitter, Deepika has 41% of followers classed as fake and Priyanka 45%. 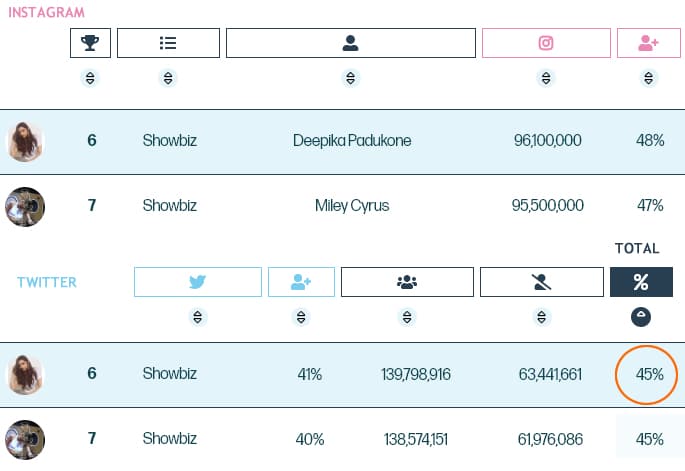 When looking at the overall number of fake followers on both Instagram and Twitter, a whopping 45% of accounts which are following the Padmaavat actress are not real.

The figures show that 43% of Priyanka’s total followers are also fake. 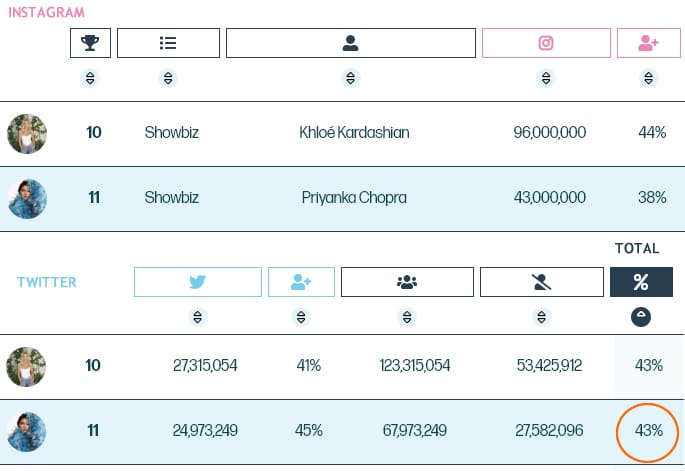 In a statement, ICMP said: “We took various ‘most successful’ and ‘most followed’ to build our list of celebrities across acting, sport, music and TV personalities.

“We then filtered this by the number of followers to give ourselves a top 100 most followed list.”

“We then ran their Instagram and Twitter handles through IG Audit and Sparktoro’s fake Twitter follower’s tool to measure what percentage of their following was actually real.”

Even though it has been revealed that a large percentage of followers are not real, celebrities make money through their social media posts.

When it comes to the world of sport, Indian cricket captain Virat Kohli is tenth on the list with 44% of social media followers being fake. He makes around $196,000 per post.

Real Madrid footballer Toni Kroos tops the list of sports stars as 51% of his followers are fake, according to ICMP.

On the work front, Deepika Padukone will next star in Chhapaak while Priyanka will be in The Sky is Pink.

Dhiren is a journalism graduate with a passion for gaming, watching films and sports. He also enjoys cooking from time to time. His motto is to “Live life one day at a time.”
TV Actress Pradnya Parkar kills Daughter & Commits Suicide
TV Actress Shweta Tiwari reports Husband for Slapping Daughter